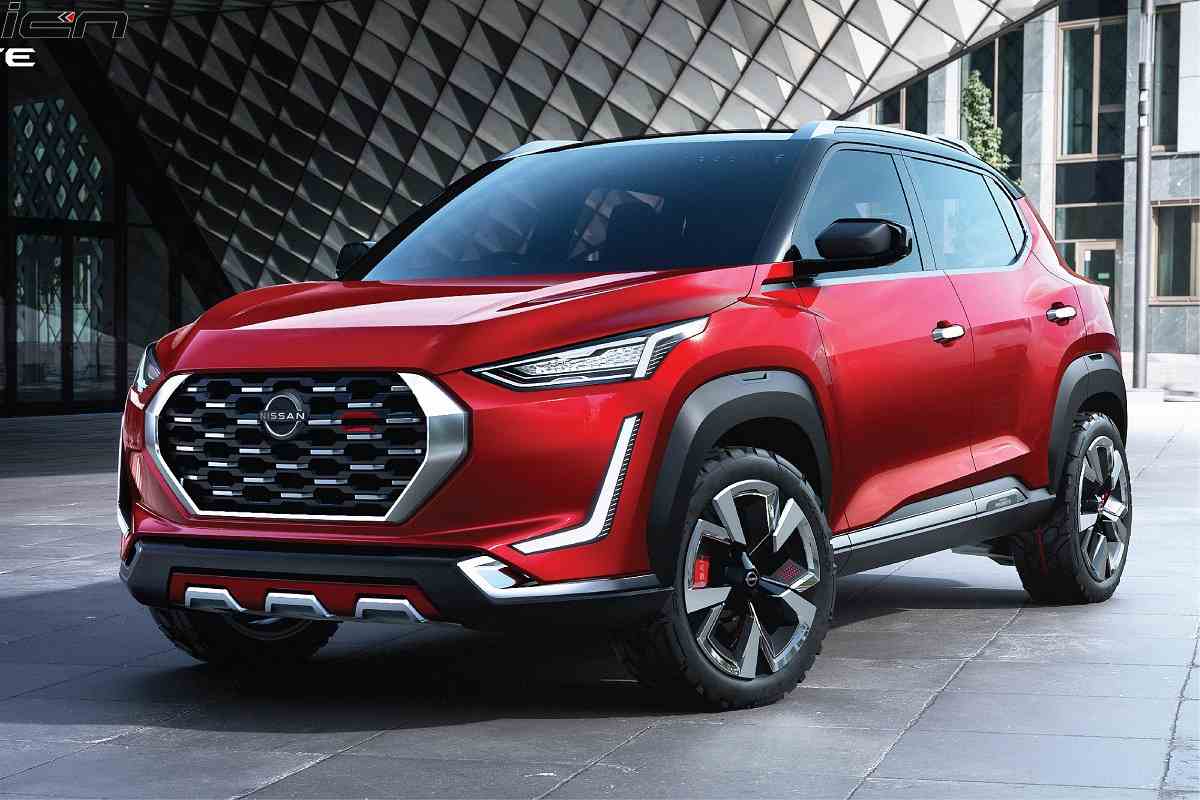 The much-awaited Nissan Magnite sub-4 meter SUV has finally been unveiled. The company has revealed the concept version of the compact SUV, while the production version is likely to come in early 2020. It will be the brand’s smallest and most affordable SUV in India.

The upcoming Magnite compact SUV is designed and developed on the modified version of the CMF-A modular platform. This platform also underpins the Renault Kwid, Datsun Redi-GO and the Triber MPV. In fact, Renault will soon introduce an all-new compact SUV, codenamed HBC, based on the same platform in India.

The new sub-4 meter SUV is powered by a 1.0-litre, 3-cylinder turbocharged petrol engine that is capable of producing 99bhp of power and 160Nm of torque. Transmission choices will include a 6-speed manual and a CVT automatic. At the time of the launch, Nissan could also introduce the SUV with a naturally-aspirated 1.0L engine that offers 71bhp and 96Nm of torque.

The new compact SUV was earlier planned to be launched under the Datsun nameplate. However, the Japanese brand has decided to slowly discontinue the low-cost brand. In fact, Datsun brand has recently been discontinued from the Indonesian market.

The company has revealed the pre-production concept, featuring chunky wheels that will be changed in the production car. The Nissan Magnite also gets bold wheel arches with black plastic cladding all around the body for rugged profile. The sub-4 meter SUV has upright position with flatter profile. It features crossover-like side profile, usable roof rails, roof-integrated spoiler, sloping roofline and wrap-around tail-lamps.

The new Magnite compact SUV is equipped with an 8-inch touchscreen infotainment system, which is compatible with Android Auto and Apple CarPlay. It also works as a display for the reverse camera. The SUV also gets Nissan Connect, connected car technology that offers multiple features like remote engine start/stop system, geo fencing and others.

The new Magnite is available in petrol version only. In the sub-4 meter segment, the SUV will rival the likes of the Tata Nexon, Hyundai Venue, Maruti Vitara Brezza, Honda WR-V and the upcoming Kia Sonet sub-4 meter SUV.

The Nissan Magnite concept is claimed to offer spacious cabin for both front and rear occupants. The new model is claimed to be equipped with high-end comfort and convenience features. The SUV’s dashboard design is simple, featuring a large free-standing 8-inch touchscreen infotainment system with smartphone connectivity, a large instrument console with MID, Kicks-like around view monitor, automatic climate control, Nissan Connect (connected car technology) and others.

Nissan has showcased the concept version of the Magnite compact SUV. The production version is likely to be unveiled in the second half of this year, while launch is expected in the first quarter of 2021 – most probably in January.

The new Magnite will be produced at the Renault-Nissan alliance’s factory in India. Similar to the other alliance’s products, the upcoming Nissan Magnite will have high level of localisation – over 95%. It is expected to be priced as low as Rs 5.25 lakh for the base petrol manual variant. In fact, the entry-level automatic version is rumoured to cost under Rs 6 lakh.