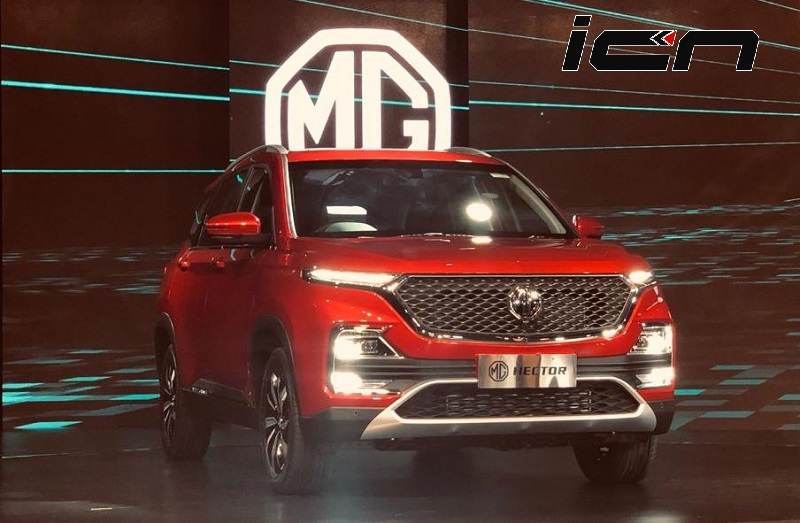 The long-awaited MG Hector SUV has finally been unveiled in the Indian market. The SUV is scheduled to be launched in the first half of June 2019. It will be sold through 65 dealerships across 50 major cities and 120 touchpoints. The MG Hector bookings will commence from June, though certain dealers have already started taking pre-orders.

The MG Hector SUV will be developed at the SAIC’s Halol based plant in Gujarat. The company claims to have achieved close to 75% localisation, which hints at aggressive price tag. The MG Hector SUV will be available with 2 engine options – a 1.5-litre turbo-petrol and a 2.0-litre FCA-sourced turbo diesel engine. The gasoline engine is capable of producing 143PS of power and 250Nm of torque. Transmission options include a 6-speed manual and a 6-speed dual-clutch automatic. 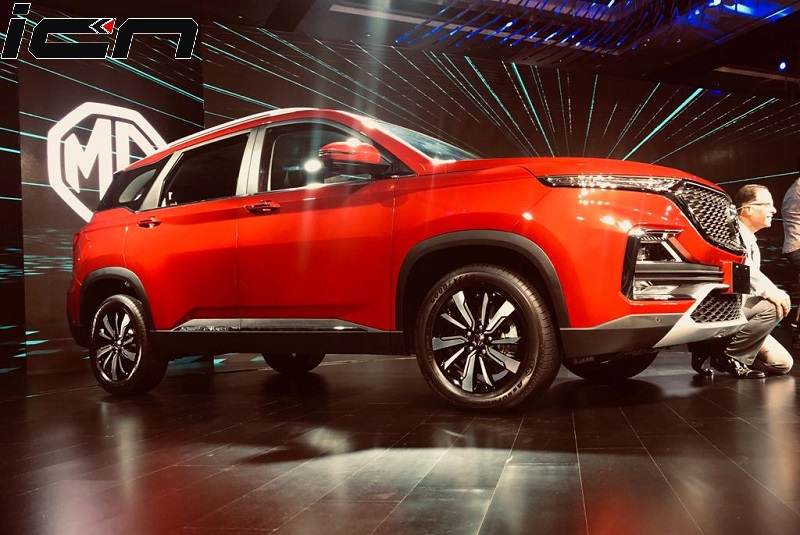 The MG Hector’s petrol version will also come with a 48V hybrid system. This hybrid system will only be available with the manual transmission option. It is claimed to have improved the fuel efficiency by 12 per cent. Adding to it, the new 48V mild hybrid system will offer up to 20Nm of torque to counter the turbo-lag during low speeds thus improving the performance at stop-go traffic. Also See – MG Hector to come in 13 variants

The diesel engine is the same that powers the Tata Harrier and Jeep Compass. This turbo diesel engine is capable of producing 170bhp of power and 350Nm of torque. Power will be transmitted to the front wheels via a 6-speed manual gearbox. The diesel version is claimed to return 17.41kmpl, while the petrol manual and automatic versions return 14.16kmpl and 13.96kmpl respectively.

The SUV will be offered in 5 exterior paint schemes – Candy White, Aurora Silver, Starry Black, Burgandy Red and Glaze Red.The MG Hector is basically the re-engineered Baojun 530. The company claims that the SUV has received over 300 India specific changes to meet the needs of customers and performance. In terms of proportions, the Hector is 4,655mm in length, 1,835mm in width, 1760mm in height and has a wheelbase of 2750mm. The SUV comes with a ground clearance of 192mm. Also See – MG Hector – 10 Interesting facts 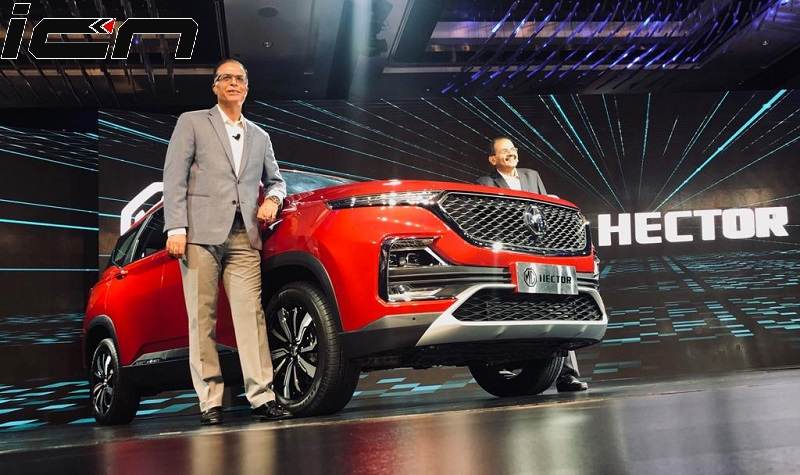