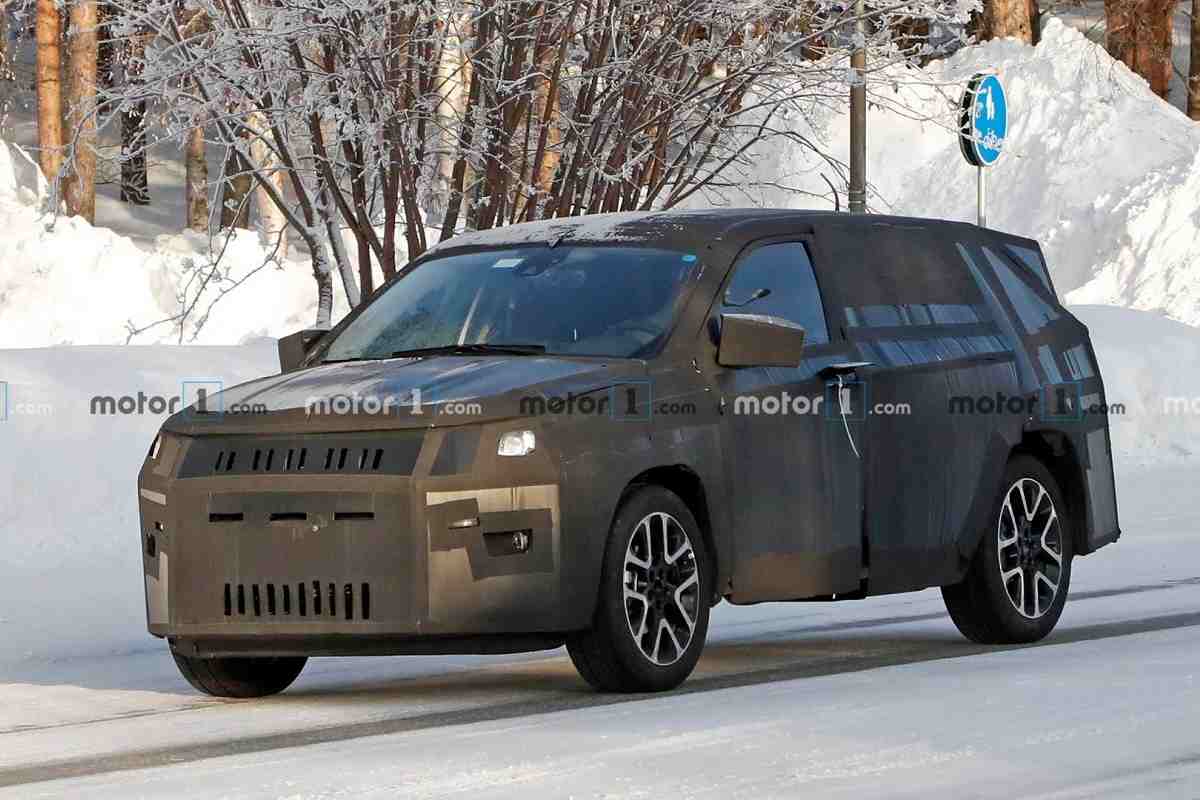 We reported earlier that Jeep is readying an all-new 7-seater SUV, which will be launched in 2020-21. Internally called Jeep “D-Low”, the new SUV has been spotted testing in Europe. The model was spotted undergoing cold weather testing of electronic systems like ESP.

It is expected that the new 7-seater SUV will be based on the stretched-out version of the Small-Wide platform, which underpins the Compass, Renegade and Toro. However, few international media reports that the SUV will have a new platform. The new platform will have Small-Wide base with “a solution from Europe”. It is expected to be the Giorgio architecture, which is used by Alfa Romeo Stelvio and will also underpin the new generation of Cherokee. Also Read – New Jeep 7-seater SUV will have unique design

We believe that FCA will use the stretched-out version of the Small-Wide architecture. The new model will be locally developed at the FCA’s Ranjangaon facility, which will also serve as an export hub for RHD markets. It was reported that the new model will be a stretched out Compass to have a third row of seats; however, it is now confirmed that it will be an all-new product developed from scratch.

It is expected that the new Jeep 7-seater SUV will receive a new 1.3-litre, 4-cylinder turbocharged MultiAir 16V engine featuring electrically control valve opening. This engine is capable of producing 180bhp of power and torque between 225Nm and 245Nm. Transmission on offer might include a 6-speed manual and a 9-speed ZF-sourced automatic unit. In India, the Jeep 7-seater SUV will also receive a diesel engine option. It will be powered by a 2.0-litre MJD-II engine that also powers the Compass. In the current form, this engine produces 170bhp of power and 350Nm of torque.