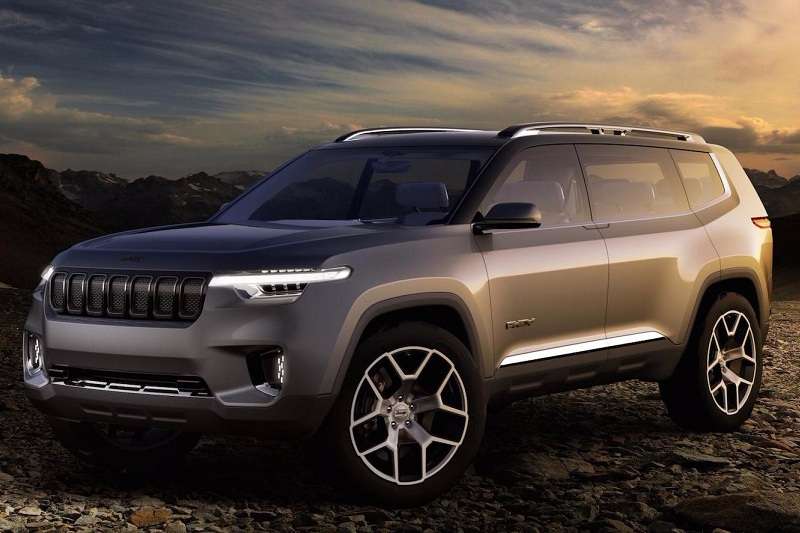 It is no secret that Jeep is working on an all-new 7-seater SUV, which will be launched in India as well as in the Brazilian market. The new 7-seater SUV will be based on the Jeep Compass platform, which also underpins the Renegade. A new media report claims that the next Jeep 7-seater SUV will have unique design.

The report claims that the idea of developing an elongated Compass was rejected, as the design was unbalanced. While the SUV will use the same platform, it will come with all-new styling which will be completely different from the Compass. The new Jeep 7-seater SUV will go on sale in the Indian market in 2021.

The new Jeep 7-seater SUV will be positioned above the Compass SUV. In India, the new model will rival the likes of the Toyota Fortuner, Ford Endeavour, Honda CR-V and the Mahindra Alturas G4. The new SUV will be locally manufactured at the FCA’s Ranjangaon facility on the outskirts of Pune. Also See – Upcoming Jeep 7-seater SUV – What to Expect?

The India-spec Jeep 7-seater SUV is expected to feature the BS6 compliant 2.0-litre MultiJet II diesel engine that produces 170bhp and 350Nm of torque. Transmission options are likely to include a 6-speed manual and a 9-speed automatic gearbox. The SUV could also receive the BSVI compliant 1.4-litre MUltiAir petrol engine with a 6-speed manual and a 7-speed dual-clutch automatic transmission. The Brazilian-spec model will use the new 1.3-litre turbocharged 6-speed engine, and a revamped version of the 2.0-litre diesel. The diesel engine could develop around 200bhp of power. It will have a 9-speed automatic gearbox and 4×4 drivetrain.