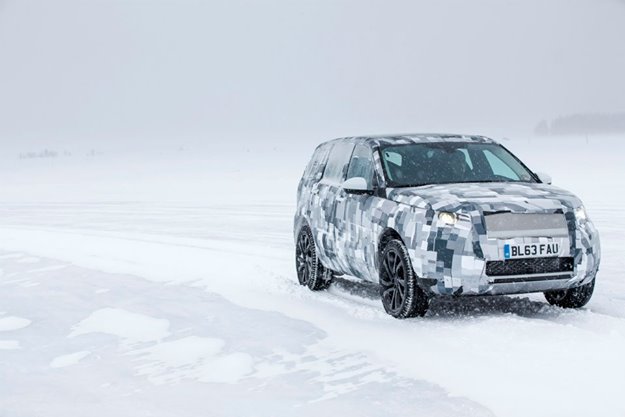 The luxury wing of Tata Motors – The UK based Jaguar Land Rover has released a short film which provides first look inside new Discovery Sport. Land Rover will officially unveil this new premium compact SUV online on September 3, 2014. After the world premiere, it is expected to be launched at the 2014 Paris Motor Show as its in the last stage of its development. The deliveries would not start before 2015 in the UK. The company has been teasing the world with its interior as well as exterior for quite a while. It is expected to launch in India by Q2 2015. The first look revealing short film of the 2015 Discovery Sport shows glimpses of the cabin design. The bold new premium, compact SUV is the first member of the new Discovery family. Inspired by the Discovery Vision Concept, it features versatile 5+2 seating as standard in the UK. In the film, viewers are shown around the luxuriously appointed interior as the camera glides through the cabin. The footage reveals details of the highly flexible class-leading seating layout and shows desirable features including a full panoramic roof. It would be replacing the company’s existing vehicle, Freelander, in several international arenas. Mr. Gerry McGovern, Design Director and Chief Creative Officer, Land Rover said, “Versatility is a fundamental element of the Discovery family and with 5+2 seating, generous load space and configurable seating, the new Discovery Sport truly deserves to wear the Discovery badge. What this footage also showcases is the class leading cabin quality and craftsmanship of the highly desirable Discovery Sport.” With this product, Land Rover and Virgin Galactic intend to take their partnership to next level. The global debut on September 3, 2014 can be viewed at 00:01 BST digitally by logging on to www.landrover.co.uk.