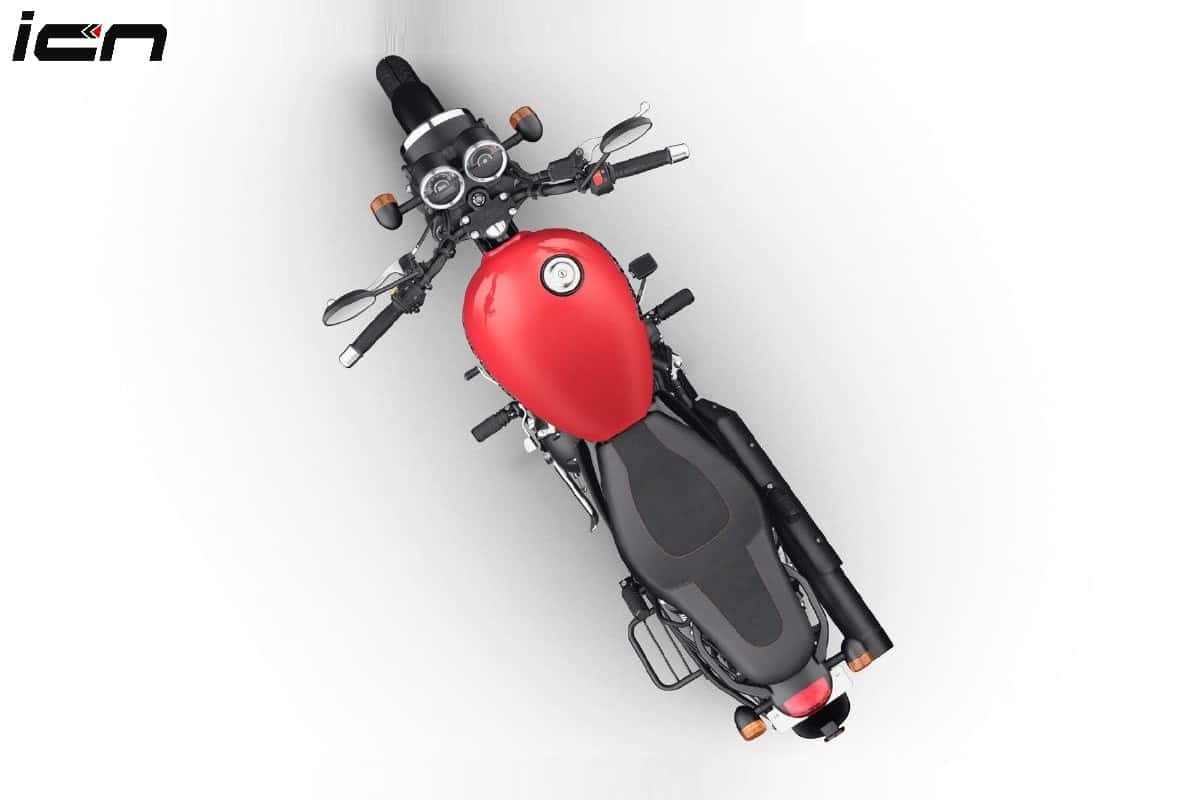 A new Royal Enfield bike was recently caught on camera during its test rounds in the country. The prototype was heavily camouflaged covering its design details. So, we can just assume by looking at it that it could be the new-generation Royal Enfield Thunderbird X or the brand’s all-new model to challenge the Jawa Forty-Two. Only time will confirm its identity.

The headlamp of the spotted new Royal Enfield bike looks similar to the existing Thunderbird. In fact, its V-shaped alloy wheels, a round digital instrument cluster, fork unit, rear shock absorbers and matte-black finish on the engine casing seem carried over from the Thunderbird X. The model is likely to be based on the new double-cradle frame that will also underpin the new-generation RE Classic 350.

What differentiates the new Royal Enfield bike from the Thunderbird X is its lower and sleeker stance. The triangular side panels resemblance to the existing RE bikes. The oval-shaped taillamp and turn indicators are positioned slightly higher. Unlike other RE motorcycles, the new one features upward-swept and short muffler. The foot pegs are placed in the middle. The new Royal Enfield bike also gets a single, flatter seat instead of the split one.

We have reported earlier that the Chennai-based bikemaker is working on an all-new bike that could be named ‘Royal Enfield Hunter’. Aimed young buyers and women riders, the new model will offer lower and more comfortable seating position. It will be a 250cc capacity bike sharing some of its styling bits with the new-generation Classic and Thunderbird.