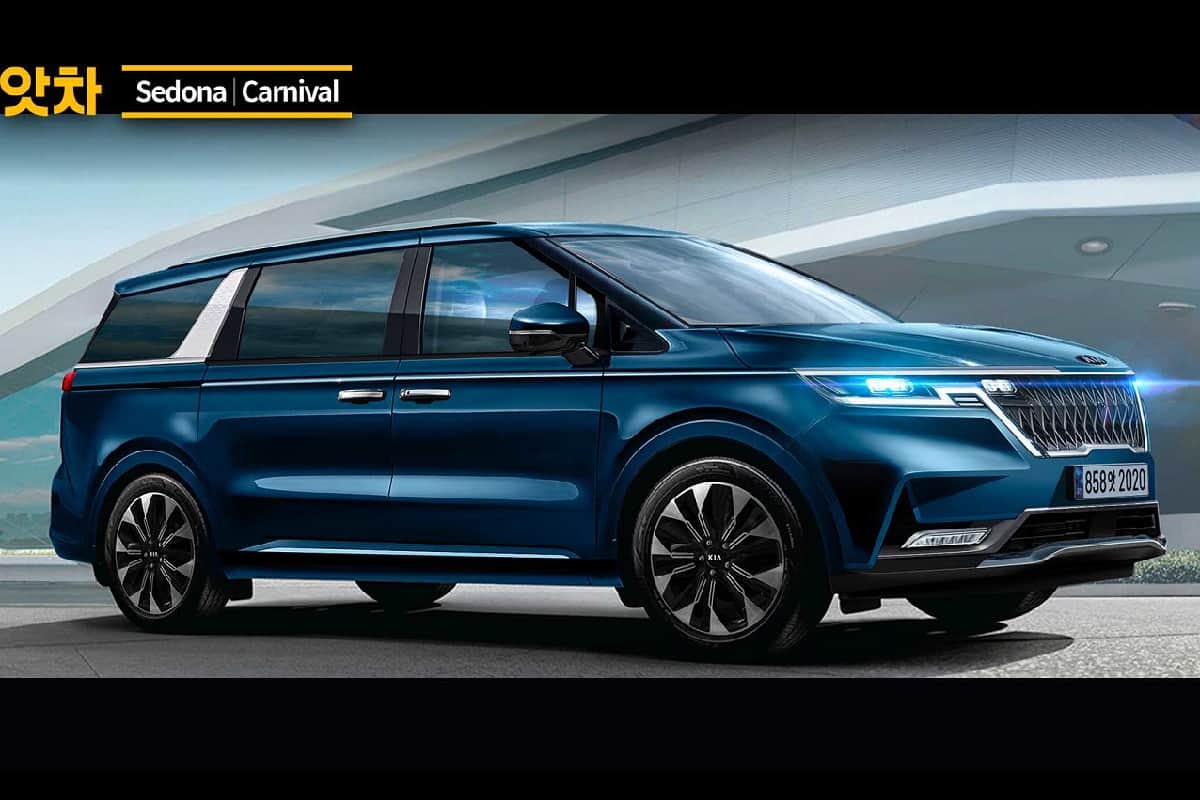 The new-generation Kia Carnival (aka Sedona) is all set to make its world debut in the third quarter of 2020 (i.e. July – September period). Ahead of its official debut, the carmaker has dropped a teaser image revealing its silhouette, new LED headlamps, larger front grille, roof rails and pronounced wheel arches.

The luxury MPV will see a release in select global markets early next year. The latest digital renderings of the 2021 Kia Carnival (2021 Kia Sedona) giving artistic preview of the production-ready version of the MPV.

Upfront, the rendered Carnival features Kia’s signature Tiger nose grille flanked by narrow headlamps as we have seen in the Kia Seltos. The model has a raised roof similar to the conversion vans. The fresh spy pictures reveal that the new-generation Carnival will sport blackened pillars, slightly sloping roof and bold creases running across its length. Read – Kia Seltos Electric SUV To Launch This Year

Rumour has it that the 2021 Kia Carnival (2021 Kia Sedona) will be longer and wider than the current generation. Its overall length and width might be increased by 40mm and 10mm respectively. In fact, its wheel base will also be slightly stretched for creating more cabin space.

The carmaker will add a new top-end variant to the new MPV lineup. The new fully-loaded trim will come with 4-seats layout and target the corporate buyers. The entry-level variant, with 11-seats configuration, will aim at the fleet market. The new-generation Carnival will underpin an all-new N3 platform that recently made its debut in the third-generation Hyundai Sonata sedan and Kia Optima. Read – 5 Things About the Kia Sonet Compact SUV

Talking about the engine, the 2021 Kia Carnival (2021 Kia Sedona) will be equipped with the upgraded version of the 2.2L turbo diesel engine that’s good enough for 200bhp. The petrol model will source power from a 2.5L turbo petrol motor pushing out a maximum power of 208bhp.