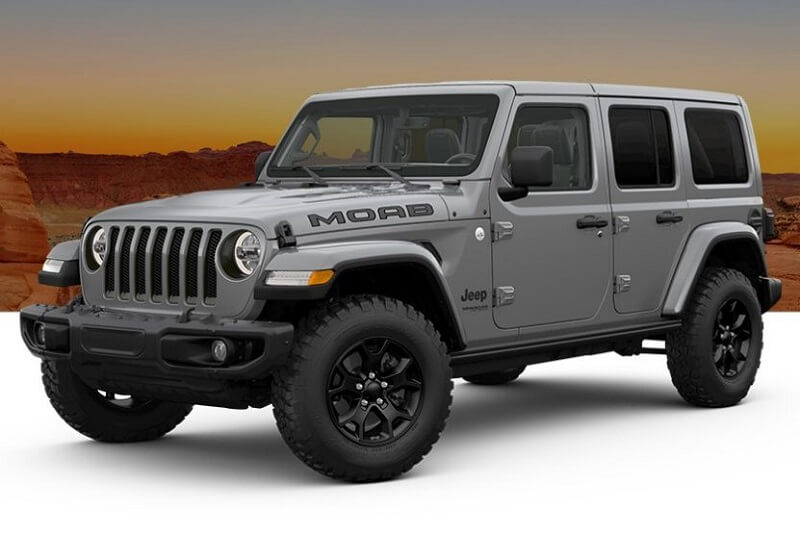 The new Jeep Wrangler Rubicon will go on sale in the country in the third quarter of this year.

American automaker, Jeep is planning to launch a range of new SUVs in the Indian market in the next 2-3 years. The company will introduce an all-new sub-4 meter SUV based on the Fiat Panda’s platform, a 7-seater SUV based on the Compass SUV. Adding to it, the Jeep will also launch the new generation Wrangler Rubicon in the country.

A new media report claims that the new Jeep Wrangler Rubicon will go on sale in the country in the third quarter of this year. The report further claims that the SUV could be called the Moab in the country. The Jeep Wrangler Moab looks largely identical to the Rubicon, but it gets subtle changes in the form of black alloy wheels shod with off-road tyres and Moab decals on the sides of the bonnet. 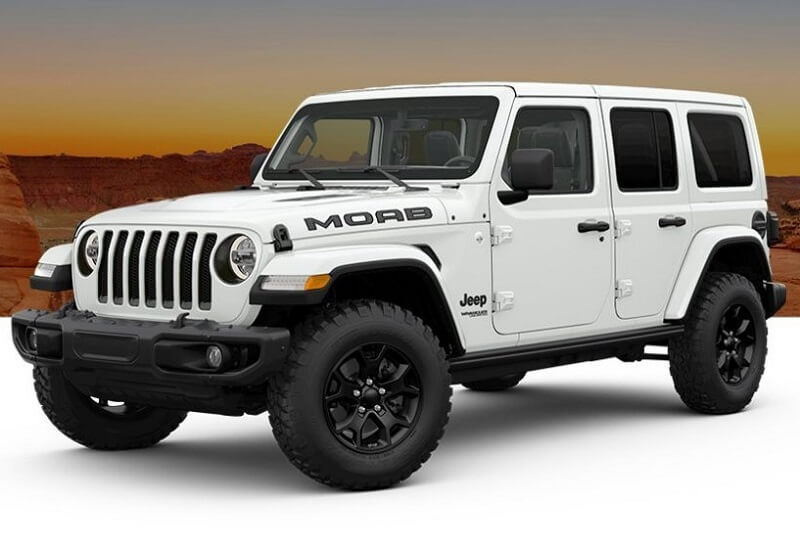 For the global markets, the Jeep Wrangler Rubicon is available with 2 petrol engine options – a 2.0-litre, 4-cylinder turbocharged and a 3.6-litre V6. The turbocharged petrol engine produces 247PS of power and 400Nm of torque with a mild hybrid system. It is paired to an 8-speed automatic gearbox. The Indian-spec model could receive a 2.2-litre diesel engine that is capable of producing 200PS of power and 488Nm of torque. Also See – New Jeep 7-seater SUV rendered

The 2020 Jeep Wrangler is based on the newly developed JL platform that is lighter than the current JK platform. It is fitted with a Rock-Trac part-time 4WD system and performance suspension system as standard. The SUV has a ground clearance of 227Nm.