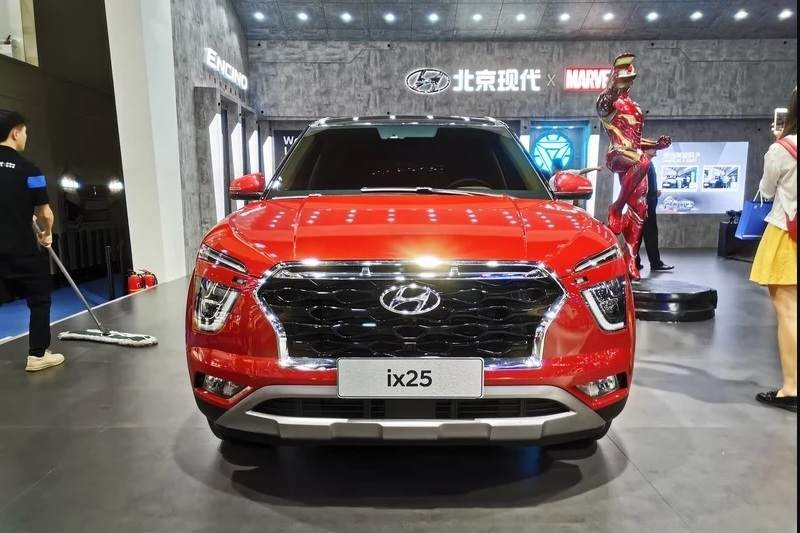 The production-ready 2020 Hyundai Creta (ix25) has made its public appearance at the 2019 Chengdu Auto Show in China. The SUV’s second-generation model receives major aesthetic and feature changes along with a new engine setup.

In India, the second-generation Hyundai Creta could be unveiled at the 2020 Auto Expo, followed by its launch. The India-spec model will look similar to the Chinese version.

Styling bits such as new alloys, more pronounced wheel arches, side cladding and aluminum trim below the doors give a refreshing look to its side profile. At the rear, it gets split taillamp assembly with LED elements and bulky tailgate.

The 2020 Hyundai Creta has also witnessed dimensional changes. Its 30mm taller and 10mm wider than the current model. In fact, it sits 8mm lower and its wheelbase has been increased by 20mm.

Interior of the new-generation Creta is certainly upmarket than the existing one. The SUV gets a portrait-oriented touchscreen infotainment system with BlueLink connectivity. The steering wheel seems inspired by the global-spec i30 hatchback. Read: 2020 Hyundai i20 – What We Know So Far

Engine details of the India-spec 2020 Hyundai Creta are still under the wraps. Though, it’s likely to come with three engine options including a 1.5L diesel, a 1.5L petrol and 1.4L turbocharged petrol. These are the same powertrains that do duty in the Kia Seltos.