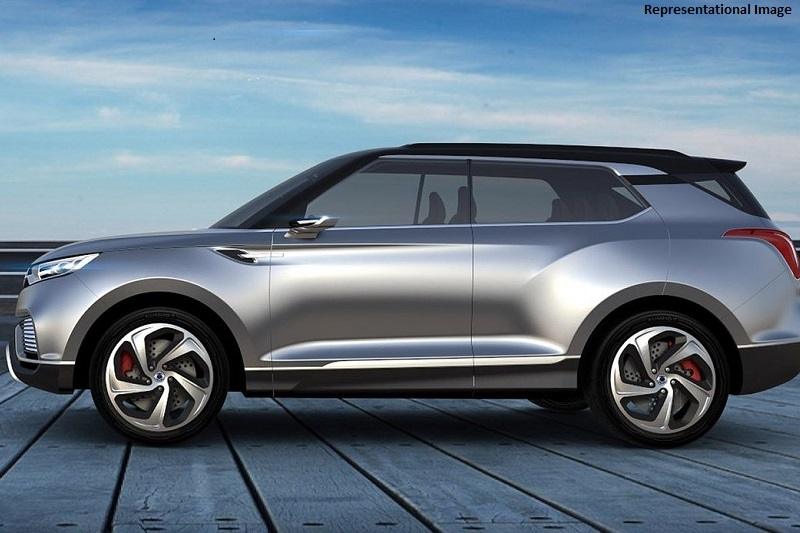 It is no secret that Mahindra is readying an all-new compact SUV, which will be positioned between the XUV300 and the XUV500. Likely to be called the Mahindra XUV400, the new SUV is rumoured to be the first vehicle from Mahindra-Ford joint venture. It is expected that the Ford’s new C-SUV, which will be based on the next-gen XUV500, will be the first model under the new JV.

Codenamed S204, the upcoming Mahindra XUV400 will be a mid-sized SUV that will challenge the likes of the Hyundai Creta, Nissan Kicks and the Kia Seltos. The platform will also be used to develop an all-new SUV, which will be sold under the Ford nameplate in India.Also See – Mahindra XUV400 – What We Know So Far

The upcoming Mahindra XUV400 is expected to be offered in both 5 and 7-seat options. The 7-seater version will rival the likes of the upcoming Hyundai Creta 7-seater and an all-new Maruti Suzuki compact SUV (Both currently under development). It was speculated that the new model will be based on the SsangYong’s sourced X100 platform that also underpins the XUV300, Tivoli and the Tivoli XLV. However, new reports claim that the new XUV400 could utilise the Ford’s B-platform that underpins the EcoSport subcompact SUV.

The new Mahindra XUV400 is expected to be unveiled at the 2020 Auto Expo, but in a concept form. The production version of the SUV could be launched in 2021.It is expected to be powered by BS6 compliant 1.5-litre diesel and petrol engines. Mahindra could also use the 1.2-litre turbocharged petrol engine, which will also power the EcoSport compact SUV.