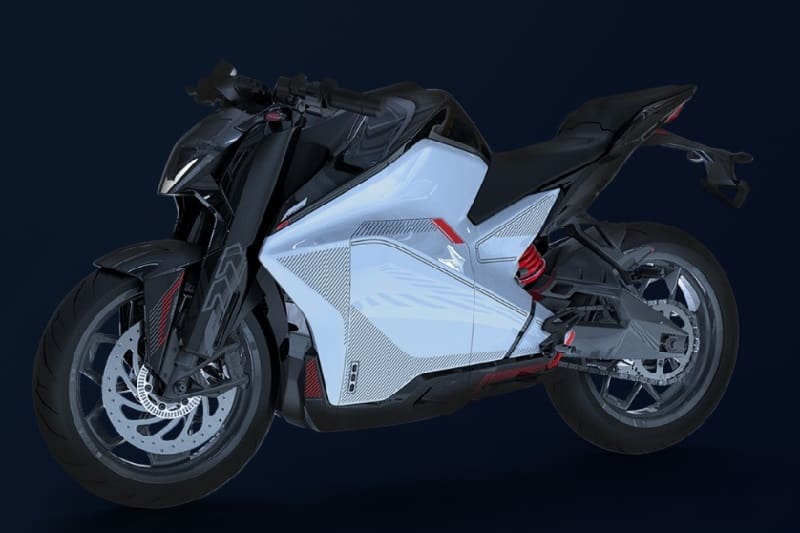 Bookings have been commenced today, and deliveries will begin in October, 2020. Though, its first 100 units of the electric bike have already been sold out in the country. Initially, it will be retailed exclusively in Bengaluru.

Based on the steel trellis frame, the Ultraviolette F77 sources its power from a 25kW electric motor that’s coupled to a three 4.2kWh lithium-ion batteries. This air-cooled motor delivers a claimed power of 33.5bhp at 2,250rpm against 90Nm of torque. It can do 0 to 60kmph in 2.9 seconds and 0 to 100kmph in 7.5 seconds.

The company claims that Ultraviolette F77 can attain a top speed of 147kmph. It offers three power modes – Eco, Sport and Insane. The bike’s battery packs can be fully charged in 5 hours via the standard charger and in 1.5 hours via fast charger. Its battery system has features such as thermal and battery management. The F77 is claimed to deliver a range of 130-150km on a full charge.

Suspension duties are performed by an aluminium head suspended on a USD fork and pre-load adjustable monoshock unit. The Ultraviolette F77 comes with a 9 DOF (Degree of Freedom) Inertial Measurement Unit (IMU) and TFT display along with accessories such a panniers, crash guards, a portable fast charger and a different visor.