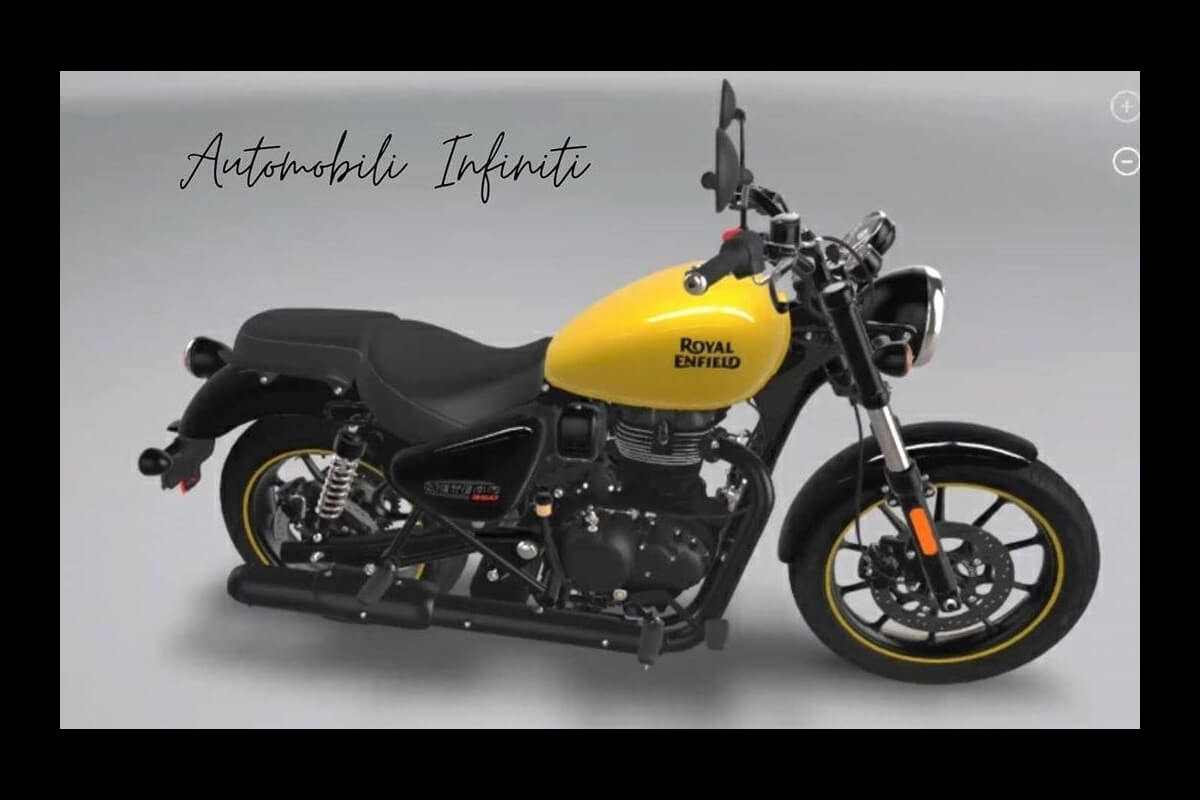 The Royal Enfield Meteor 350 will be the next big launch from the Chennai-based bikemaker in the country. The model has been spotted multiple times ahead of its official launch that’s likely to take place in coming months. The latest spy picture confirms that the new RE 350 bike will come with a range of accessories including a large windscreen, an engine guard and rear luggage support frames. The test mule was also equipped with the aftermarket footpegs and saddle stays.

Based on a new J1D platform, the RE Meteor 350 is likely to come with an all-new 350cc, single-cylinder engine featuring a single overhead cam (SOHC) and fuel injection technology. The new motor is likely to be more refined and efficient than RE Bullet and Classic 350’s engine. Its power and torque outputs might be around 20bhp and 28Nm respectively. Transmission duties might be done by a 5-speed gearbox.

Suspension setup of the bike will include a telescopic fork upfront and twin shock absorbers at the rear. Braking power will come from front and rear disc brakes. It might get dual-channel ABS (anti-lock braking system) as standard fitment. The Meteor will ride on Y-spoke alloy wheels and feature retro-styled circular headlamp with an LED DRL. Some of its interesting elements will include circular taillamp, stepped seat and a twin-pod instrument cluster. Read – More Royal Enfield 650cc Bikes To Launch In Coming Years

If reports are to be believed, the Royal Enfield Meteor 350 will be the successor of the RE Thunderbird 350 X. It’s likely to be priced around Rs 1.68 lakh, thus making it more expensive than its replacement. The new ‘Fireball’ suffix is likely to be used for a particular colour or variant of the model.