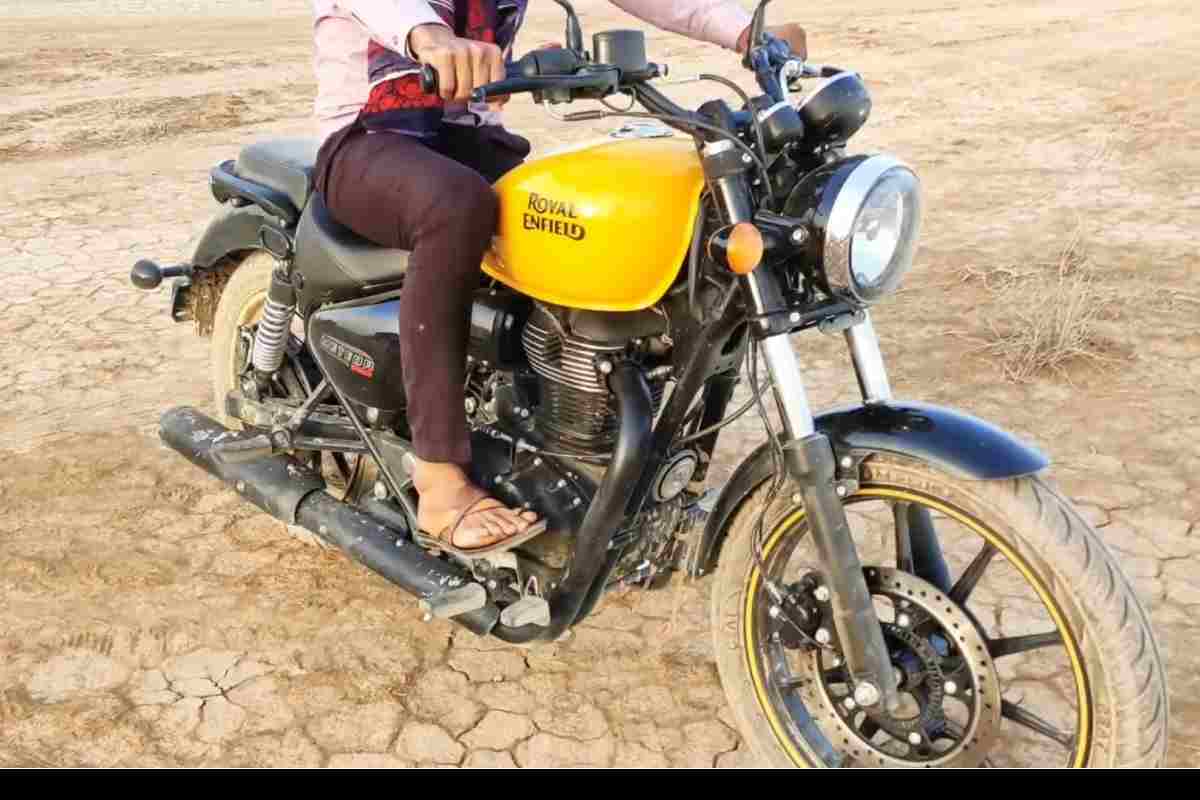 The much-awaited Royal Enfield Meteor 350 is all set to go on sale in the Indian market. We reported earlier that Royal Enfield will launch an all-new motorcycle, which will replace the Thunderbird nameplate. A new set of images revealed online confirmed that the upcoming bike will be called the Meteor 350. The company will use the “Fireball” suffix with one of the variant of the motorcycle .

The company will also offer multiple customisation offers with the upcoming motorcycle. It will directly rival the Jawa Forty Two and the Benelli Imperiale 400. The new model will be designed and developed on the new double craddle chassis and will feature an all-new BSVI compliant engine with new SOHC and fuel injection. Royal Enfield sells the Thunderbird nameplate in some international markets. In fact, the motorcycle is being sold in some markets with Rumbler nameplate due to copyright issues with the Ford iconic Thunderbird. For people not in the know, Royal Enfield used to sell a bike with Meteor nameplate in America in the 1950s .

When will it launch?

The company is yet to reveal the final launch timeline for the upcoming Meteor cruiser bike. It is likely to be launched by mid-2020, most probably around June-July. We will update you as soon as RE announces anything on its launch date.

Set to replace the Thunderbird nameplate, the upcoming Meteor 350 is likely to be priced somewhere around Rs 1.65 lakh to Rs 1.75 lakh. Going by the leaked pictures, the new RE Meteor 350 Fireball variant will be priced at Rs 1.68 lakh. As a reference, the Thunderbird X was available at a price tag of Rs 1.63 lakh.

The upcoming RE Meteor motorcycle will be powered by an all-new BSVI compliant engine, which will feature the new SOHC system and fuel injection system. The Thunderbird X was powered by the 346cc, single-cylinder petrol engine producing 19.8bhp and 28Nm of torque. Compared to the previous model, the new motorcycle is expected to offer higher power output. We believe the new engine to produce around 22-24bhp of power and close to 30Nm of torque. Power will be transmitted to the rear wheel via a 5-speed gearbox

The motorcycle is expected to receive 19-inch front wheel and 18-inch rear wheel. For suspension mechanism, the Meteor 350 will receive telescopic forks at the front and twin shock absorbers at the rear. The motorcycle is likely to receive dual-channel ABS system as standard.

With new BSVI compliant engine and new platform, the new RE Meteor 350 is likely to offer improved fuel efficiency. The previous model was claimed to return 30-35kmpl. It is expected that the new motorcycle will deliver close to 37-40kmpl on highways and 30kmpl in city.

The 2020 Royal Enfield Meteor is based on an all-new double cradle chassis, which will also underpin the next-gen Classic and the Bullet series motorcycles. This platform is also likely to be used to develop new entry-level RE motorcycles. The motorcycle also gets the bright yellow scheme, which is similar to the bright colours offered on the current Thunderbird 350X models.

Going by the images available on the Internet, the motorcycle gets round headlamp with a chrome bezel and a circular instrument console with a larger, offer unit on the left to house the small digital display. The motorcycle gets a teardrop shaped fuel tank and a stepped seat. It features V-shaped alloy wheels and a blacked-out engine case, new indicators, revised footpegs and a wider seat. At the back, the new-generation Royal Enfield Meteor features a circular tail lamp that has a chrome bezel. The turn indicators are positioned next to the number plate, which is placed on the lower side.