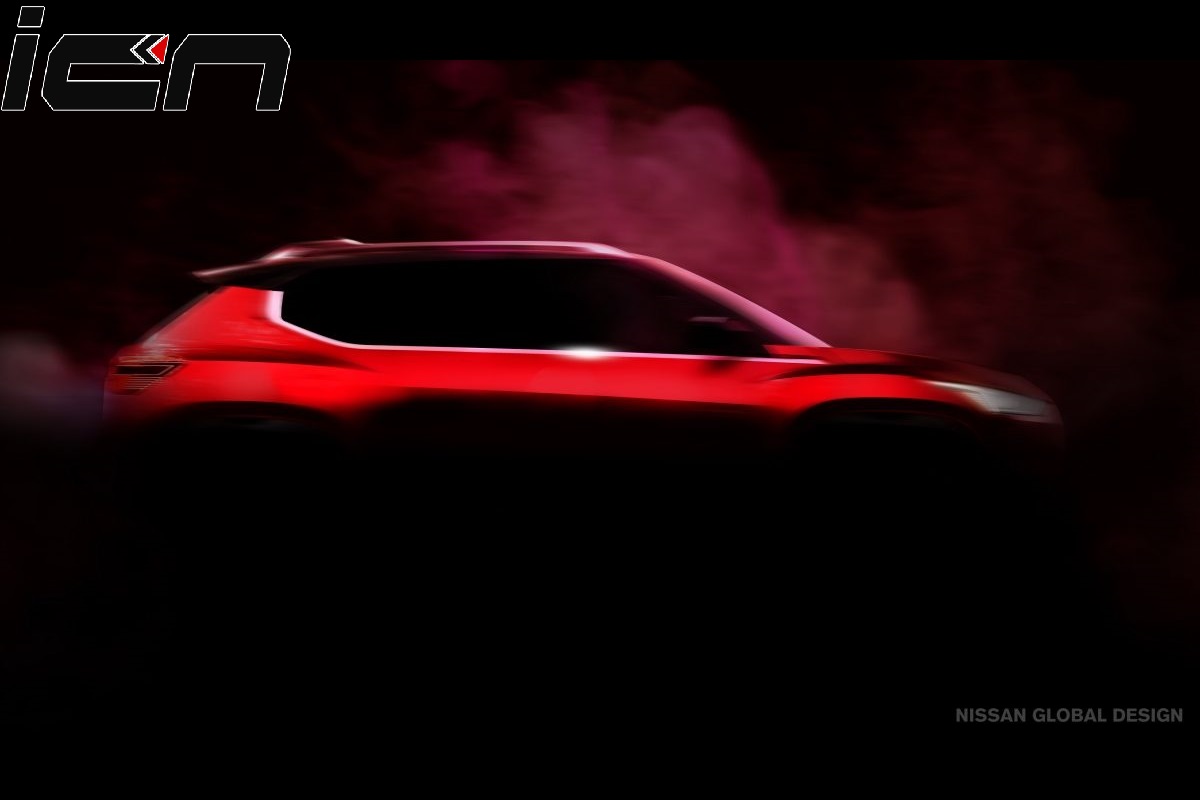 Japanese automaker, Nissan has officially announced to launch an all-new compact SUV, which is likely to be called the Nissan Magnite. The company has registered the Magnite trademark for its upcoming SUV with the Controlled General of Patents Design and Trademarks under the Ministry of Commerce and Industry.

The Nissan Magnite SUV will be based on the modified CMF-A+ modular platform, which also underpins the Renault Triber. The same platform also underpins the upcoming Renault HBC sub-4 meter SUV. The SUV will be offered in a single petrol engine option with manual and automatic gearbox options. The SUV will take on the likes of the Tata Nexon, Ford EcoSport, Mahindra XUV300, Maruti Vitara Brezza, Hyundai Venue and the upcoming Kia Sonet.

The company has officially revealed the teaser images of the Magnite compact SUV. It is expected that the SUV will be revealed in the next couple of months, while launch is expected in the end of 2020. We will update you on the same as soon as Nissan announces anything on the same.

Thanks to the low-cost platform and high localisation levels, the Nissan Magnite is expected to be priced aggressively in the market. It is likely to cost around Rs 6 lakh for the entry-level variant and Rs 8.5 lakh for the top-end model.

The compact SUV will be offered in a single petrol engine, which will also power the upcoming Renault HBC. It will receive a new 1.0-litre TCe 3-cylinder turbocharged petrol engine, which will soon power the Renault Triber and the upcoming HBC compact SUV. This engine is capable of producing 99bhp of power and 160Nm of torque. Transmission choices will include a 5-speed manual and a CVT automatic unit

Equipped with a 1.0-litre petrol engine, the Magnite compact SUV is likely to return close to 18-20kmpl of fuel economy.

The company has released a couple of teaser images of the upcoming compact SUV. Nissan claims that the new SUV is designed and developed in India for the global markets. The teaser reveals the Magnite’s silhouette and tail-lights of the SUV. Instead of the upright design, the Nissan’s compact SUV comes with crossover-like design similar to the Nissan Kicks. It gets a flaoting roof design with contrasting paint options. Some of the styling elements will be shared with the second-gen Juke sold abroad.

Details about the interior of the Nissan compact SUV are yet to be revealed by the automaker. It is expected that the SUV will have all the modern features, which are available in the sub-4 meter SUV segment. The SUV will get a touchscreen infotainment system with Android Auto and Apple CarPlay, multi-functional steering wheel, automatic air-con, electrically adjustable and foldable ORVMs, height adjustable driver seat, adjustable headrests, and many more.