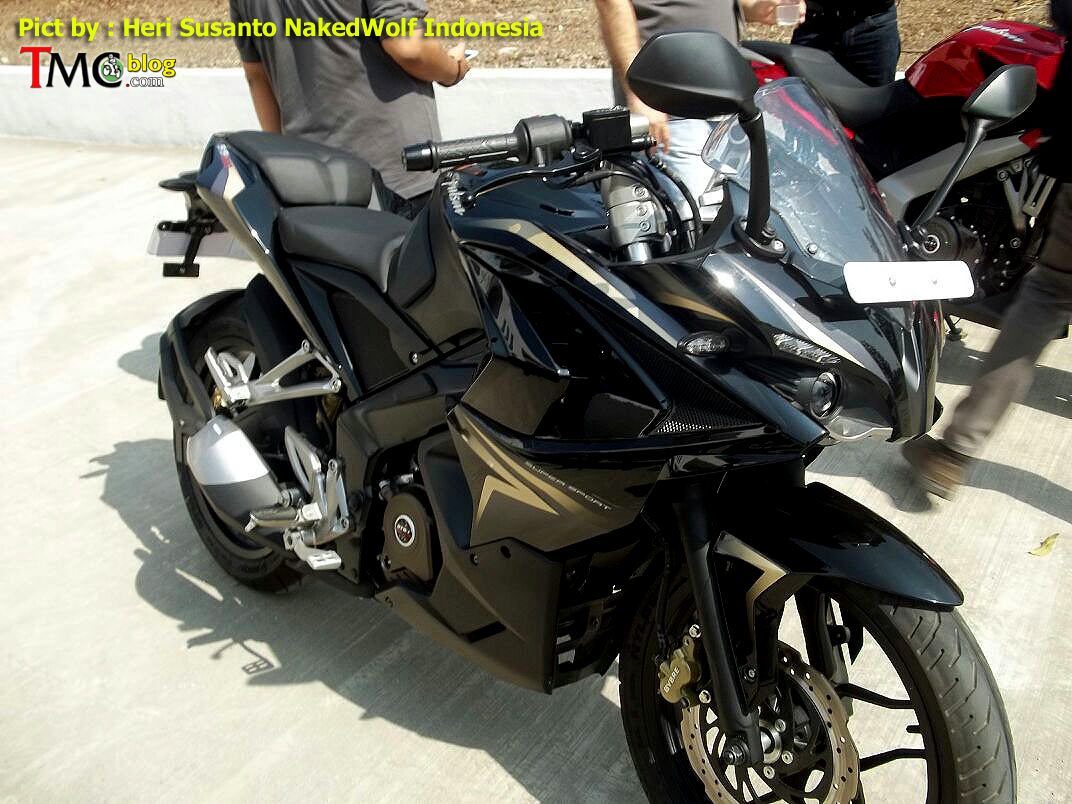 It has been a while since Bajaj Auto is showcasing the most awaited Pulsar 200 SS on different platforms. According to TMC Blog, Bajaj held a private showcase of the soon-to-be launched Pulsar 200 SS to media personnel from Indonesia at the Akurdi plant in Pune, Maharashtra. Reports also suggest that Indonesia will be an important market for the Bajaj Pulsar 200 SS. Based on the Bajaj Pulsar 200 NS, the Pulsar 200SS shares its styling cues with the Pulsar 400 SS, which was showcased at the 2014 Delhi Motor Show. Powering the affordable sports bike is the same 199.5cc single-cylinder engine that also powers the naked 200 NS. With extra weight of bike fairing, we believe that the maker will tweak the engine to maintain performance and fuel efficiency. This engine will feature a six-speed transmission to transfer power to roads. The Bajaj Pulsar 200 SS will be offered in two variants- with and without ABS. The bike is expected to be priced around Rs. 1.20 lakh, while the ABS model would cost around Rs. 15,000-20,000 more than the standard model. The ABS is reportedly a single-channeled Bosch-made unit.

The bike is likely to be made available in four colour options. A black shade will be offered as permanent paint, while dual-tone shade includes Yellow, Red and Blue paired with White.