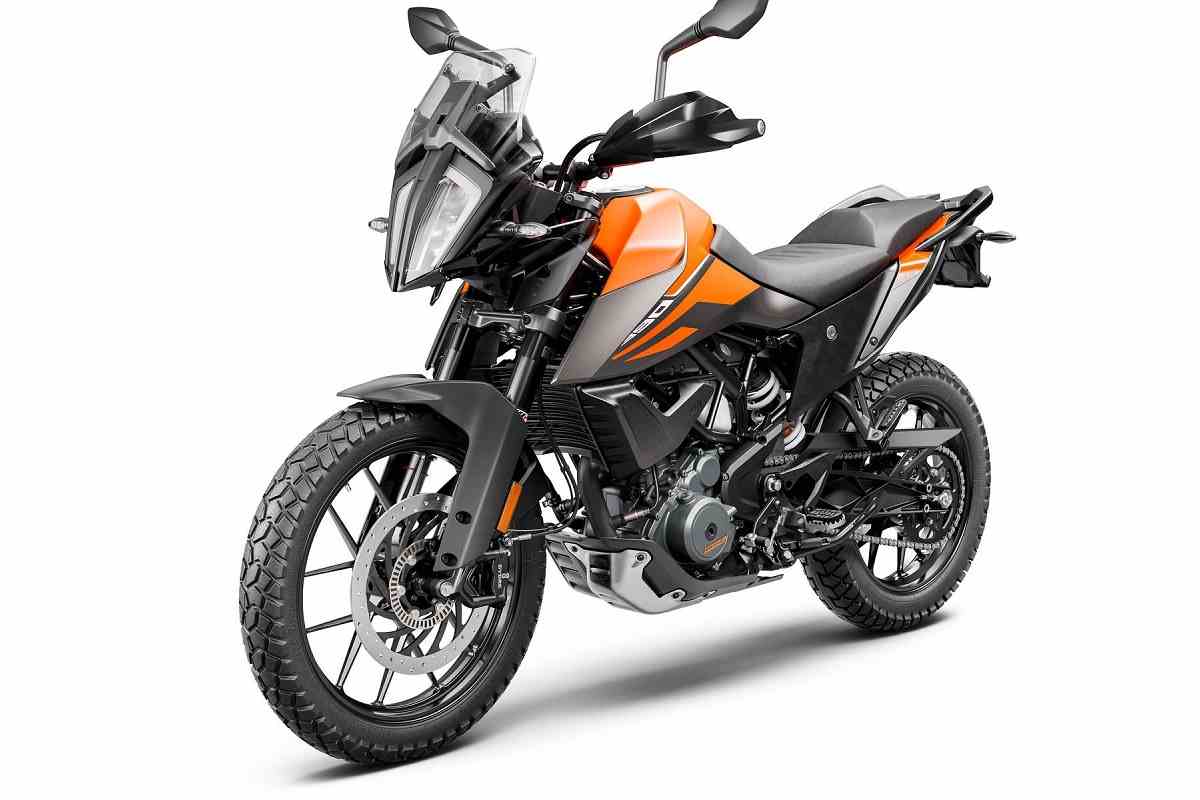 The long-awaited KTM 390 Adventure has finally been unveiled at the 2019 EICMA in Milan. The new motorcycle will also make India debut at the 2019 IBW (India Bike Week) in December. The 390 Adventure is an off-road version of the 390 Duke naked streetfighter.

The motorcycle shares most of the cycle parts with the Duke 390. It is propelled by a 373.2cc single-cylinder engine that is capable of producing 44bhp of power at 9,000rpm and 37Nm of torque at 7,000rpm. The company engineers haven’t made changes to the final drive ratio, which is identical to that of the 390 Duke. However, the 390 ADVENTURE comes with switchable traction control.

The KTM 390 Adventure rides on 19-inch front and 17-inch rear wheels shod with 100/90 and 130/80 section tyres respectively. Suspension mechanism comprises of 43mm USD front forks with compression and rebound adjustability and a monoshock unit at the rear with pre-load and rebound adjustability. This set-up offers 170mm travel and 177mm travel at the front and rear respectively, which is more than the Duke 390 that has 142mm/150mm travel.

The motorcycle rides on 1,430mm wheelbase, which is 73mm longer than that of the Duke 390. Ground clearance stands at 200mm, while the seat height is 85mm. The KTM 390 Adventure comes with a larger fuel tank, which has a capacity of 14.5-litres. The motorcycle has a dry weight of 158kg.

The KTM 390 Adventure is expected to be launched in the Indian market in early 2020. Likely to be priced around Rs 3 lakh, the new ADV will directly rival the BMW G 310 GS that is priced at Rs 3.49 lakh.