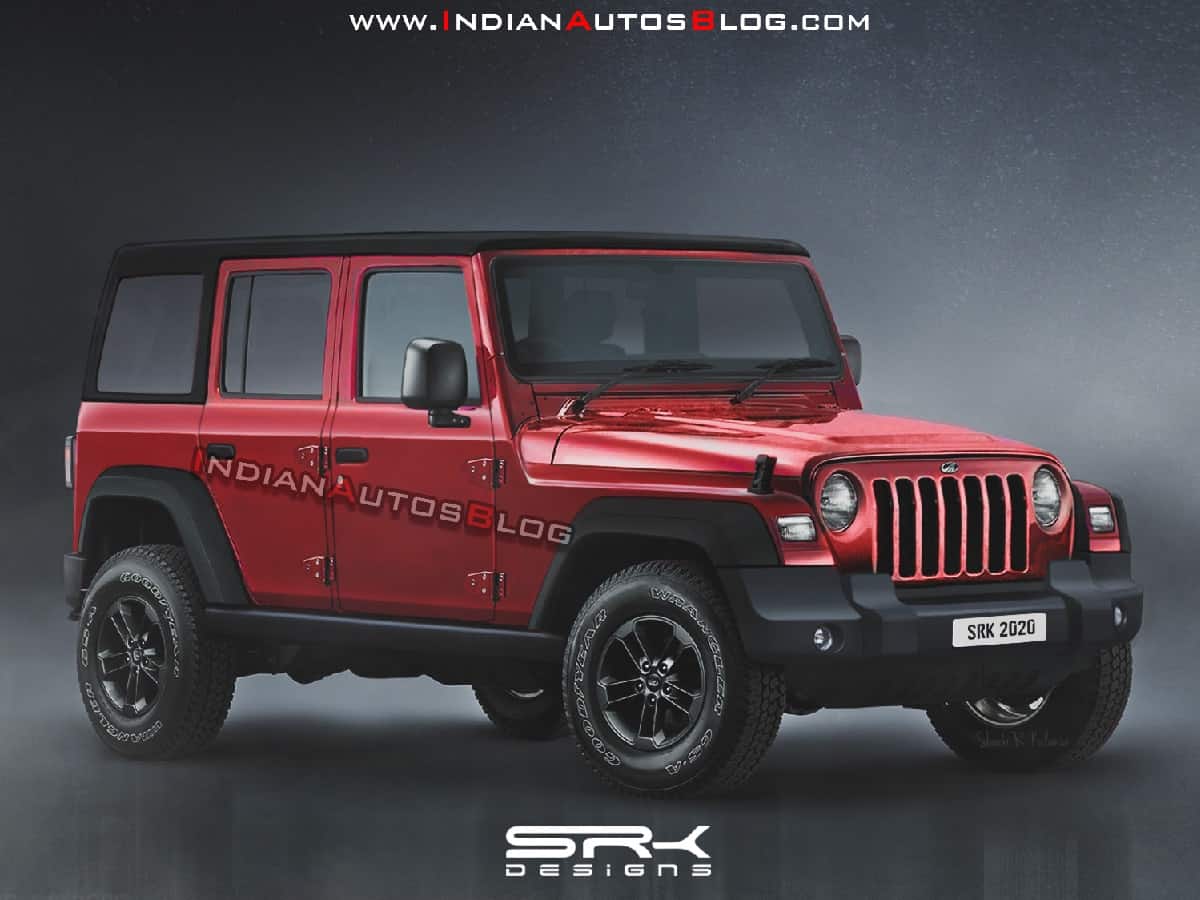 Mahindra Thar, the iconic off-road SUV from the home-grown carmaker, is all set to witness a generation leap in terms of design, features and engine mechanism. While we thought that the news of new Thar arrival is enough for us, a new digital rendering got us thinking about the Mahindra 4-door model. Design and styling of the 4-door Thar looks similar to the Jeep Wrangler SUV, especially the front end.

The rendered 4-door Thar features a seven slats grille, circular LED headlamps and black front bumper similar to the Jeep Wrangler. Though, the fog lamp assembly and bonnet seem to be carried over from the SUV’s current-generation model. One of the major changes comes in the form of the longer wheelbase and two additional doors. Unlike the standard 2-door model that has circular rear wheel arches, the 4-door Mahindra Thar has squared-off units. The rear quarter glass looks smaller than the regular model. It also offers operational windows for the second row passengers.

Talking about the 2020 Mahindra Thar, the 2-door off-road SUV will receive several new features for the first time including a petrol engine. The second-generation model will come with an all-new 2.0L mStallion turbocharged petrol motor, which is the most powerful Mahindra engine till date. Unveiled at this year’s Auto Expo, the new Mahindra gasoline unit will deliver power worth 190bhp and 380Nm of torque.

Reports suggest that the carmaker might detune the petrol engine. The new Thar will also be offered with the upgraded version of the 2.2L mHawk diesel engine. Its power and torque figures will stand around 140bhp and 350Nm respectively. Both petrol and diesel engines will come with automatic gearbox option.