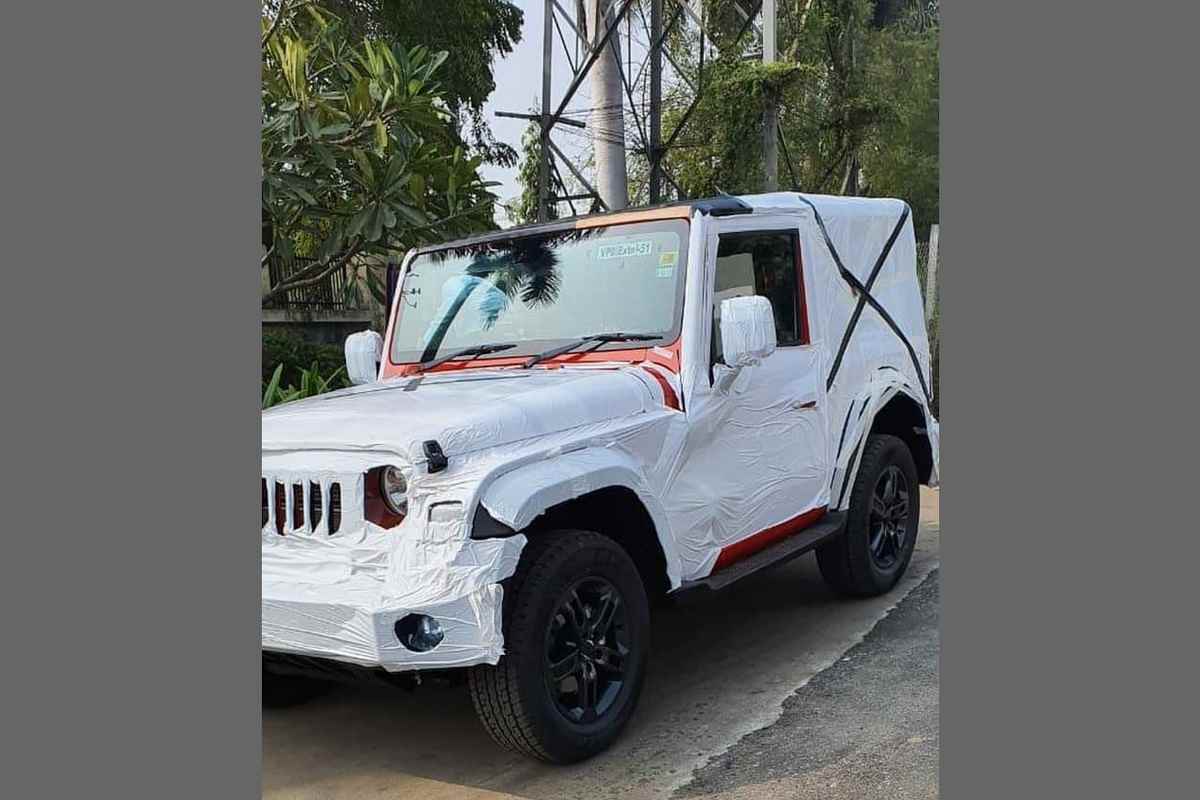 Mahindra & Mahindra has confirmed that its first launch post lockdown will be the new-generation Thar off-road SUV. The new model, which was slated to hit showrooms in April, is now planned to arrive in early October, 2020. The information comes from Dr. Pawan Goenka, Managing Director, Mahindra and Mahindra. Ahead of its official launch, unofficial bookings of the 2020 Mahindra Thar are reported to be commenced across the nation.

We have seen multiple spy pictures of the new Thar revealing its interesting exterior and interior details.  While the SUV’s all-new model will retain its boxy stance, it will witness some noticeable cosmetic changes. One of the biggest updates will come in the form of an all-new ladder-on-frame platform that will aid to its safety quotient. Upfront, the SUV is likely to get LED headlamps with LED DRLs along with the same signature grille.

The production-ready version might be fitted with larger 18-inch alloys with five-spoke design. At the rear end, the new Thar will get a spare wheel mounted on the rear door. Interior will also be revised comprehensively. The SUV will get an all-new instrument cluster with a two-pod dial separated by a digital MID. For connectivity purpose, there will be a touchscreen infotainment system that might support latest smartphone connectivity. Read – Mahindra XUV300 Beats Vitara Brezza To Become India’s Top-selling Subcompact SUV

With the generation change, the Thar will get an all-new 2.0L turbocharged mStallion petrol engine that broke cover at this year’s Auto Expo. Its power output will be close to 190bhp. The SUV will also be available with a new 2.2L turbo diesel engine. Transmission choices are likely to include a 6-speed manual unit. Reports suggest that the carmaker will introduce an automatic gearbox on the 2020 Mahindra Thar model lineup at a later stage.