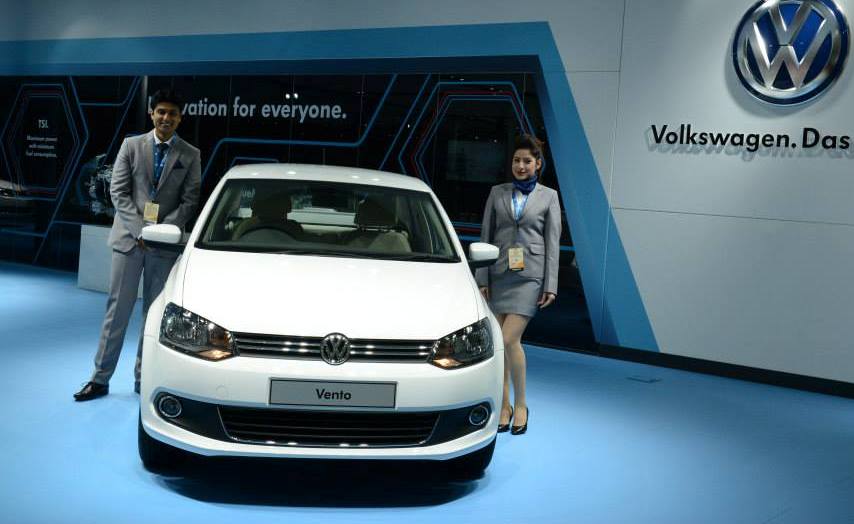 Volkswagen will launch the Polo facelift and Vento facelift in the Indian car market. The VW Vento facelift is likely to go on sale by the festive season. The overall styling of the sedan is expected to remain unchanged; however, the vehicle will get subtle changes to remain fresh in the market. The updated Vento will get a new diesel engine just like the Polo facelift. The new model gets the 1.5-litre TDI engine that produces 109bhp of top power. This model is also likely to get automatic gearbox which will be paired to a new diesel engine.

Ans: The 2014 Vento will be powered by a 1.5-litre TDI engine that churns out a maximum power output of 109bhp. A toned downed version of this engine might also come that produces 89bhp.

Q. What are the Volkswagen Vento safety features?

Q. What is the tyre pressure for Volkswagen Vento?

Ans: The recommended tyre pressure for the sedan is 30-35PSI. While the 30PSI will give you comfortable driving experience, the 35PSI offers good fuel economy.

Q. What is the Volkswagen Vento top speed?

Ans: While the petrol version of the sedan catches a top speed of around 180kmph, the oil burner is equally good and attains a high speed of 175-180kmph.

Q: What is the Volkswagen Vento mileage in city and on highways?

Ans: The oil burner is claimed to return an impressive fuel economy of 17.25kmpl in city traffic and 20.54kmpl on highways. The manual version of the petrol delivers a good mileage 12.02kmpl in city and 15.04kmpl on freeways while the auto variant gives decent mileage of 11.2kmpl and 14.4kmpl in urban area and on freeways, respectively. The Vento TSI model returns an excellent mileage of 12.34kmpl and 16.93kmpl in city and on highways, respectively.

Q. What is the ground clearance of Volkswagen Vento?

Ans: The Volkswagen Vento sedan has a good ground clearance of 168mm, making it a perfect car for city driving.

Q. Tell me the dimensions of the Volkswagen Vento?

Q. What is the wheelbase of Volkswagen Vento?

Ans: This sedan has a large wheelbase of 2,552mm which in return offers a spacious cabin.

Q. Which is the best engine oil for Volkswagen Vento in India?

Ans: We recommend the 5W40 synthetic oil for both petrol and diesel engine. This engine oil will make your engine frugal.

Ans: Yes, the top spec Vento is equipped with dual airbags for both driver and its co-occupant. However, the entry level models lack airbags.

Ans: The VW Vento has an excellent boot space of 454-litres which can easily carry 4 suitcases and a small bag.

Q. Tell me the Volkswagen Vento prices and variants?

Ans: The Volkswagen Vento is offered in three trim levels- Trendline, Comfortline and Highline in both petrol versions.

Q. Is there an automatic transmission version available in Volkswagen Vento?

Ans: Yes, the Vento highline variant is paired to a six-speed automatic gearbox, while the TSI model gets seven-speed DSG gearbox.

Q. What is the fuel tank capacity of Volkswagen Vento?

Ans: The sedan has a large fuel tank capacity of 55-litres.