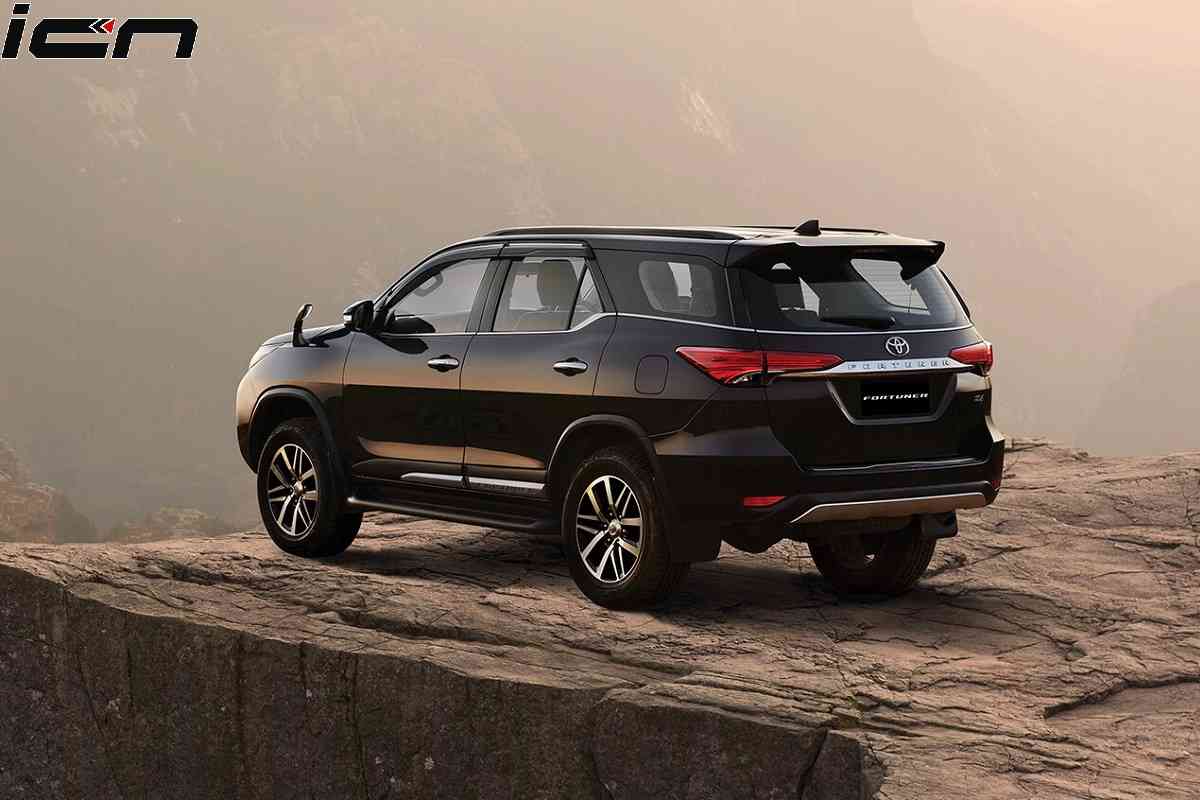 We have listed down some of the highly anticipated Toyota models set for launch in the coming years.

Toyota Kirloskar, the Indian subsidiary of the Japanese carmaker, recently introduced the Glanza premium hatchback (re-badged Maruti Suzuki Baleno) in the country. Besides this, the carmaker has a handful of new products that will hit our shores in coming years. Here’s a complete list of upcoming Toyota cars that are slated to launch in India during 2019 and 2020, read out to know more.

The first model in our list of upcoming Toyota cars in India is the Fortuner facelift, which will be launched in our market in the end of 2020. The updated model will receive cosmetic design changes and upgraded interior. The front design will be inspired by the Toyota RAV4 and the Raize, featuring updated grille with glossy black inserts and multiple slats. It gets triangular faux air intakes, revised headlamps and gloss black finished skid plate. At the back, the Fortuner facelift is expected to receive revised bumper and tail-lamp inserts. Engine setup of the Fortuner facelift (India-spec) is likely to include the BS6-compliant 2.7L petrol and 2.8L diesel.

Not just Fortuner facelift, Toyota is also working on the updated version of the Innova Crysta. The Innova facelift is likely to be launched in the end of this year or early 2021. The new model will receive changes to exterior as well as interior. Changes will be in-line with the upgraded Fortuner SUV. It will be offered with the same BS6 compliant 2.7-litre petrol and 2.8L diesel engines.

The next in our list of upcoming Toyota cars is a new sub-4 compact SUV, which will be called the Urban Cruiser. The Toyota Urban Cruiser will be based on the Maruti Vitara Brezza. Toyota and Maruti Suzuki signed a partnership last year in India. Maruti Suzuki will supply Vitara Brezza and Baleno premium hatchback to Toyota. The new Urban Cruiser will receive significant changes to keep things fresh in the market. It will design changes in-line with other Toyota cars in India. The SUV will get new front grille, new bumpers, new paint schemes and new badging. The lighting system and alloy wheel design will remain the same. The company will also make changes to the interior of the SUV in the form of new colour scheme and features. It is expected to get new exterior and more premium cabin with high-end features like touchscreen infotainment system, climate control and others

The Japanese carmaker will also introduce the re-badged Ciaz mid-size sedan in the country. Though, the company is already selling Yaris in this segment. Similar to the Glanza hatchback, the Toyota Ciaz sedan will receive minor design changes along with ‘Toyota’ badge. No changes will be made to its engines. Similar to the Maruti Suzuki Ciaz, Toyota’s re-badged version will come with the 1.3L Multijet diesel and new 1.5L petrol powertrains. The oil burner will be boosted with Suzuki’s SHVS mild hybrid technology. Transmission choices will include a 5-speed manual and a 4-speed automatic.

The next in our list of upcoming Toyota cars is Toyota’s re-badged version of the Maruti Suzuki Ertiga. Similar to the Glanza hatchback and Ciaz-based sedan, the design, features and engines of the Toyota Ertiga will remain unchanged. Though, the Japanese carmaker might make subtle tweaks to its front fascia along with replacing the Maruti Suzuki’s badge. It might get a new grille and headlamps inspired by the global-spec Toyota Rush SUV. The chrome treatment and new alloys could also distinguish it from the Maruti Ertiga. Under the hood, Toyota’s Ertiga will feature the same BS6-ready 1.5L petrol and new 1.5L diesel engines generating power worth 104bhp with 138Nm and 94bhp with 225Nm respectively.

Besides launching the re-badged version of the Maruti Suzuki Ertiga, Toyota is also working on a C-segment MPV. Rumour has it that the new Toyota MPV might have its world premiere at the 2022 Delhi Auto Expo. It will be developed jointly by Toyota and Suzuki and will be sold via Maruti Suzuki showrooms. The new MPV will be based on the monocoque platform, thus making it lighter and more frugal than the ladder-frame based Mahindra Marazzo. It will have 7-seats layout and interior packed with several advanced comfort, connectivity and safety features.

Another hybrid on our list of upcoming Toyota cars is the new-generation Camry hybrid that was officially previewed at the 2017 North American International Auto Show in Detroit. The new-gen Camry will be built on Toyota’s new TNGA (Toyota New Global Architecture), and will receive prominent changes for a more premium look. Besides, the more will get dimensional changes and will pack in a raft of safety as well as comfort tech. That said, expect the new-gen Camry to come with 10 airbags, a standard backup camera, electronic vehicle stability control, ABS, traction control, brake assist etc. For power generation, the new Camry will get a new 3.5L V6, a new 2.5L and new generation Toyota Hybrid system. These engines will be paired to a new Direct Shift-8AT gearbox.