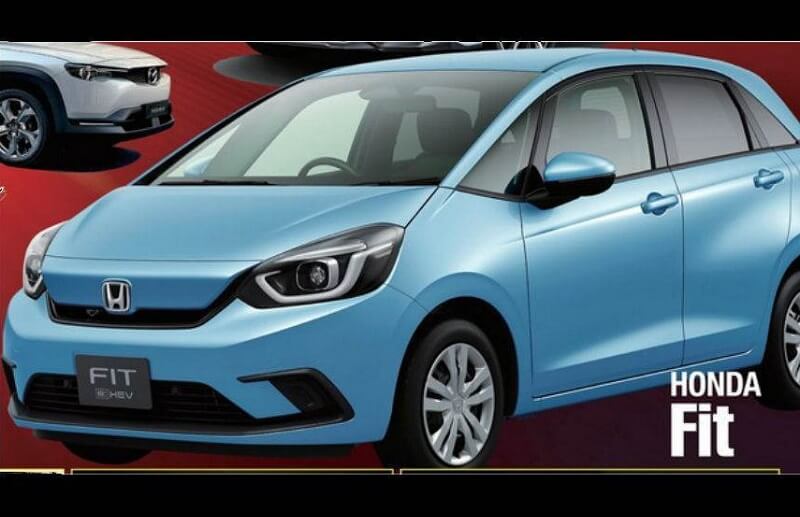 Japanese automaker, Honda is ready to showcase the next-generation Jazz hatchback at the 2019 Tokyo Motor Show. The new model has already been spotted testing several times. In fact, the company has also released the teaser image revealing the side profile. A new image showing the front and side design of the new Honda Jazz has been leaked online.

The previous leaked image of the Type R variant of the new Jazz showed aggressive design highlights. The regular variant is less aggressive in terms of styling. It gets revised bumper and toned down front grille. The new Jazz misses out on rear spoiler and a body coloured element to house the Honda badging on the grille. The new Honda Jazz retains the cab-forward styling with MPV-like profile, and rising window-line.

The interior details of the new generation Honda Jazz are yet to be revealed. Spied images suggest that the new car gets a large touchscreen infotainment system dominating the centre console, a new digital instrument console, and new buttons to control functions. The new model is expected to be wider and longer than the current car, and will offer more space and comfort.

The new image has HEV name on the number plate, which shows that the hatchback will be offered with both, petrol and hybrid powertrains. The new Honda Jazz will receive the 1.0-litre turbocharged petrol engine. Honda has also confirmed that the new Jazz or Fit will receive a 2-motor hybrid system, which is compact than the previous system. The twin-motor hybrid setup will be mated to a 1.2-litre or a 1.5-litre petrol engine.

The next-gen Honda Jazz will be based on the same platform that also underpins the new Honda City. The India-spec City could also share the new hybrid system with the Jazz hatchback. Apart from the new Jazz, Honda will also showcase the all-new Accord sedan at the 2019 Tokyo Motor Show.