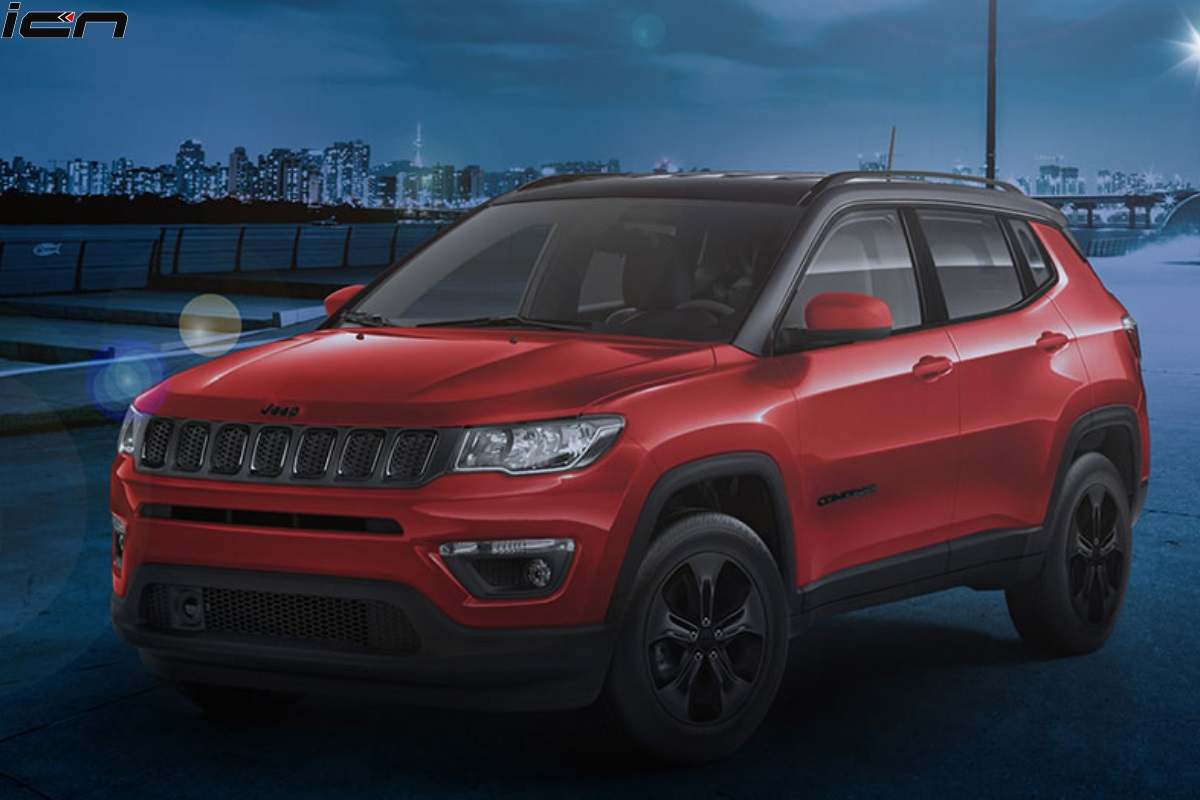 It was equipped with an all-new 18-inch glossy black alloy wheels and an 8.4-inch U-Connect infotainment system with Android Auto and Apple CarPlay, and new leather upholstery with contrast stitches. The new teaser shows the Night Eagle badging on the tailgate. It is expected that the new special edition will receive new driver assistance features.

Jeep has recently introduced the mechanically upgraded version of the Compass in Europe. The new model is equipped with a new 1.3L turbocharged petrol engine that offers two states of tunes – 120bhp and 150bhp along with 270Nm of torque. It is claimed to be 30% more fuel efficient that the 1.4L turbocharged engine. Transmission choices include 6-speed and 7-speed DCT. The European-spec model also receives the 120bhp, 1.6L MJD diesel engine.

The new 1.3L turbocharged petrol engine will also come to India. It will be offered with the facelifted Compass, which is scheduled to be launched in the first quarter of 2021. The new model will also receive visual changes and upgraded cabin. The vehicle will receive the new touchscreen infotainment system. It will retain the 2.0L turbo-diesel engine. Jeep is also readying a 7-seater SUV based on the Compass. Rumoured to be called the Jeep Grand Compass, the new SUV will be launched in India in the mid-2021.