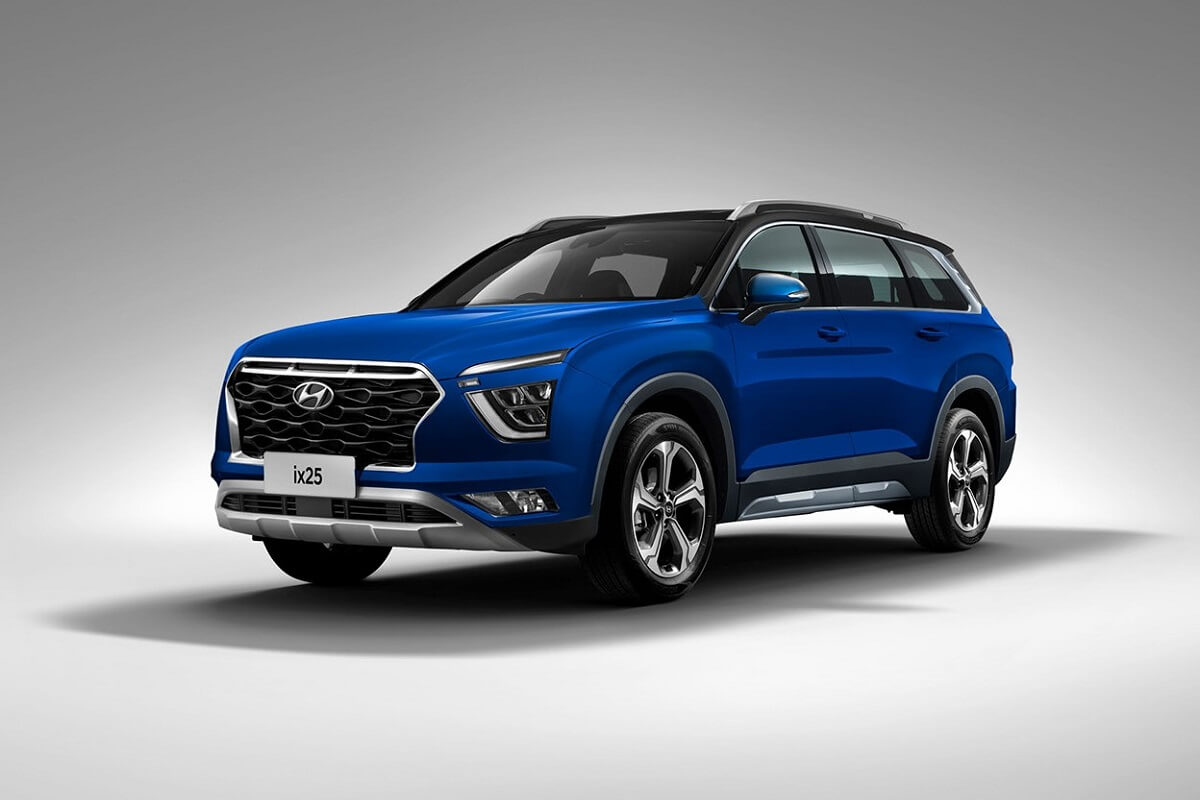 It is no secret that Hyundai is readying the 7-seat version of the new-gen Creta SUV, which was launched in our market in March 2020. The new model is rumoured to be called the Hyundai Alcazar, which has recently been trademarked. The SUV has been spotted testing multiple times in Korea as well as in the Chinese market. In fact, the SUV has already been spotted testing in India.

The upcoming Hyundai Alcazar 7-seater SUV is expected to be unveiled in the first half of 2021. The upcoming 7-seater Creta is likely to feature longer wheelbase to accommodate third row of seats. The longer version of the SUV will directly rival the likes of the MG Hector Plus, Tata Gravitas and the Mahindra Scorpio.

The new model is likely to be offered in the mid-and high-end variants and will be positioned as a premium model. It is likely to be priced between Rs 13 lakh and Rs 20 lakh. The regular 5-seat Creta SUV is available in the price bracket of Rs 9.99 lakh and Rs 17.20 lakh (ex-showroom, Delhi).

The Hyundai Alcazar is likely to share the engine specifications with the existing Creta, which includes a 1.5L naturally-aspirated petrol, a 1.5L turbo-diesel and a 1.4L turbocharged petrol. The 1.5L petrol produces 113bhp and 145Nm, the oil burner is good for 113bhp and 250Nm. The turbocharged petrol engine is capable of producing 138bhp and 242Nm of torque. Transmission choices include a 6-speed manual, a CVT automatic (1.5L petrol), a 6-speed torque convertor (1.5L diesel) and a 7-speed DCT (1.4L Turbo Petrol).

Going by the spy images, it is visible that the Hyundai Alcazar will receive subtle design changes. It will have uniquely designed, chrome-studded radiator grille, revised bumper and headlamp design. The SUV will also receive front parking sensor, which is not available in the 5-seater SUV. Media reports suggest that the upcoming 7-seat Creta will have 20mm longer wheelbase and the length of the SUV has been raised by 30mm.

The Hyundai Alcazar 7-seater SUV will receive significant design changes on the side profile. It will come fitted with newly developed 17-inch clean silver alloy wheels. The SUV will have larger rear overhang to accommodate third row of seats. It features new silver-coloured sill, flatter roof, usable roof rails and slimmer C-pillar. The SUV will have a longer rear overhang to create extra space for the third row of seats.

The long-wheelbase Creta SUV will be offered in 6-seat and 7-seat options. While the 6-seater model will have captain seats for the second row, the 7-seater Creta will get bench-type seats for the second and third row. Hyundai could use the 433-litres of boot, which is available in the Creta to accommodate extra row of seat. However, Hyundai is likely to offer flexible seats to provide larger boot space. The upcoming Hyundai Alcazar SUV will be equipped with several high-end features including 360 degree camera, blind spot detection, head-up display, large 10.25-inch touchscreen infotainment system, Hyundai’s BlueLink connected car tech, wireless charging, electric panoramic sunroof, multi-functional steering wheel, cruise control, powered and ventilated front seats.