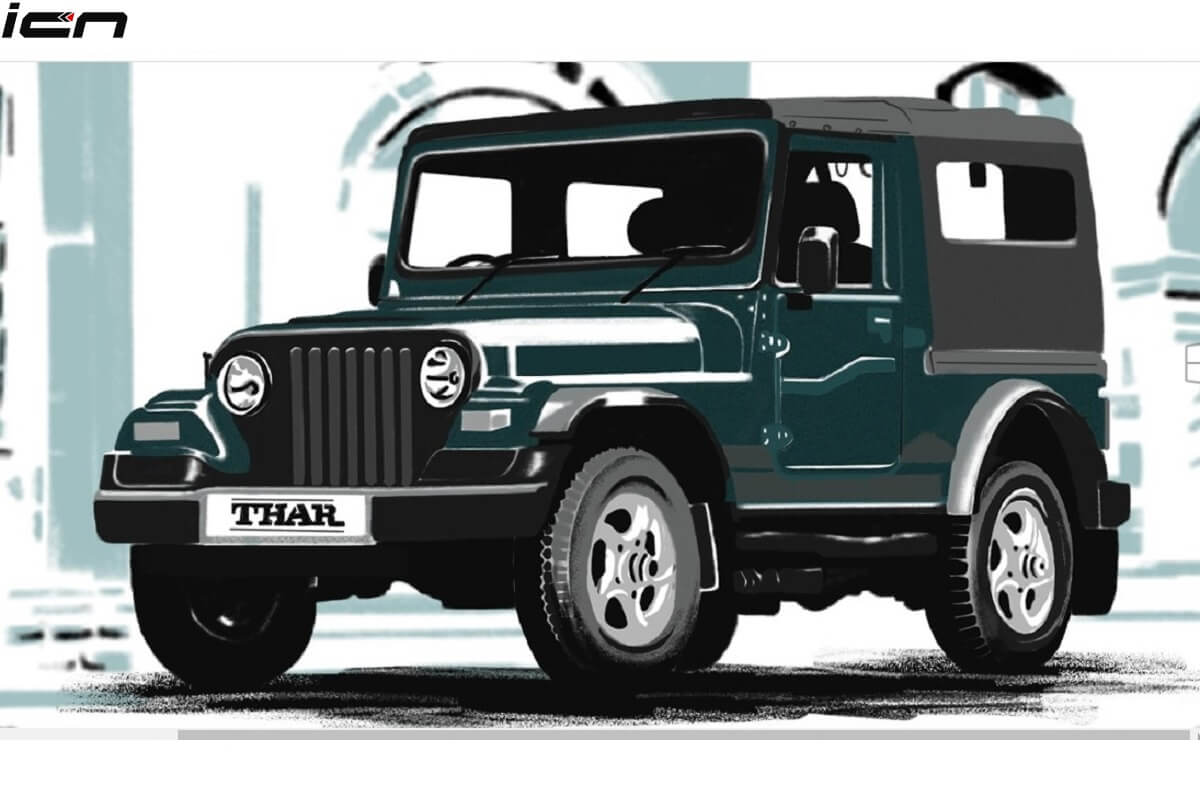 Mahindra & Mahindra has confirmed that the new-generation Thar will be made available with automatic gearbox. The SUV will receive a 6-speed Aisin torque converter automatic transmission. Interestingly, both petrol and diesel models will come with AT gearbox option along with the standard 6-speed manual unit. The 2020 Mahindra Thar petrol will be equipped with an all-new 2.L mStallion turbocharged petrol engine.

The new gasoline motor delivers 190bhp against 380Nm, thus making it the most powerful Mahindra engine till date. The same powertrain will also be used in the new-generation Mahindra XUV500 and Mahindra Scorpio, which are due for early next year. The next-generation Thar diesel will get the upgraded version of the existing 2.2L mHawk motor. The model lineup will have AWD (all-wheel-drive) system as standard.

The 2.2L diesel engine is likely to produce around 140bhp of power and 350Nm of torque, while the petrol engine could be de-tuned for slightly lesser power. The new generation Mahindra Thar will be launched before Diwali, most probably in October 2020. In fact, dealer level bookings of the new Thar have also been commenced. It will be based on the revised version of the ZEN3 platform (Body on Ladder frame) that also underpins the current Scorpio and the TUV300.

The next-gen Mahindra Thar will be bigger in size to offer more space inside the cabin. The company will also introduce the factory-fitted hartop version of the SUV at the time of the launch. The 2020 Mahindra Thar will be more modern with features like new headlamps with LED DRLs, a touchscreen infotainment system with Android Auto and Apple CarPlay, manual air-conditioning, power-folding ORVMs, and many more. The hard top model could also receive the front-facing second row of seats. Dual front airbags, ABS with EBD, brake assist, rear parking sensors, speed alert and seatbelt reminder will come as standard.