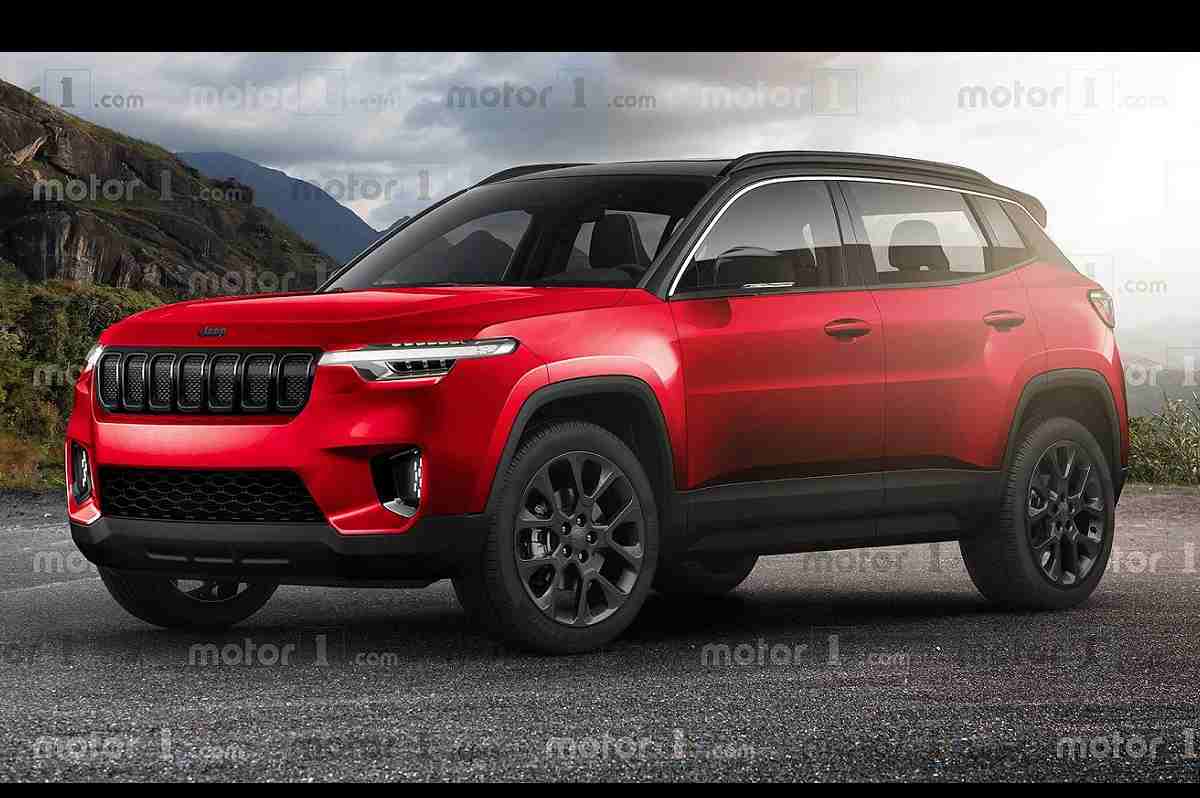 It is no secret that Jeep is working on an all-new sub-compact SUV, which will be positioned below the Renegade SUV in global markets. The new compact SUV is likely to be launched in the Indian market in 2022. This will be the brand’s smallest and most affordable SUV.

A new rendering from Motor1.com reveals the possible design of the upcoming Jeep compact SUV. The render shows that the SUV won’t share design with the Renegade. Instead, it shares the styling cues and other design elements from the bigger FCA models including Jeep Compass and the Cherokee. The SUV won’t be based on the Small-Wide Platform, which underpins the Renegade and the Compass.

The upcoming Jeep compact SUV could use the Fiat’s Panda 4×4 platform. The company could also benefit from FCA and PSA Groupe merger, as Jeep can use the smaller and modular platforms of the Peugeot group. The new rendering is inspired by the Jeep Yuntu concept vehicle, which was unveiled at Auto Shangahi in 2017.

If reports are to be believed, the upcoming Jeep sub-compact SUV could be offered with electric and plug-in hybrid powertrains. The Yuntu concept was introduced as a plug-in hybrid model. The SUV could also use the Groupe PSA CMF (Common Modular Platform), which will also underpin the Citroen C21 compact SUV in India.

The sub-Renegade SUV will rival the Mahindra XUV300, Tata Nexon, Ford EcoSport and others. The SUV will be locally developed at Fiat’s Ranjangaon facility, which also develops the Jeep Compass SUV. With high-level of local components, the new Jeep sub-compact SUV is expected to be priced around Rs 10 lakh. The sub-4 meter SUV could be powered by a 1.3-litre turbocharged petrol engine that offers two states of tunes – 130bhp and 150bhp. A diesel version could also be introduced, depending on the market situation.