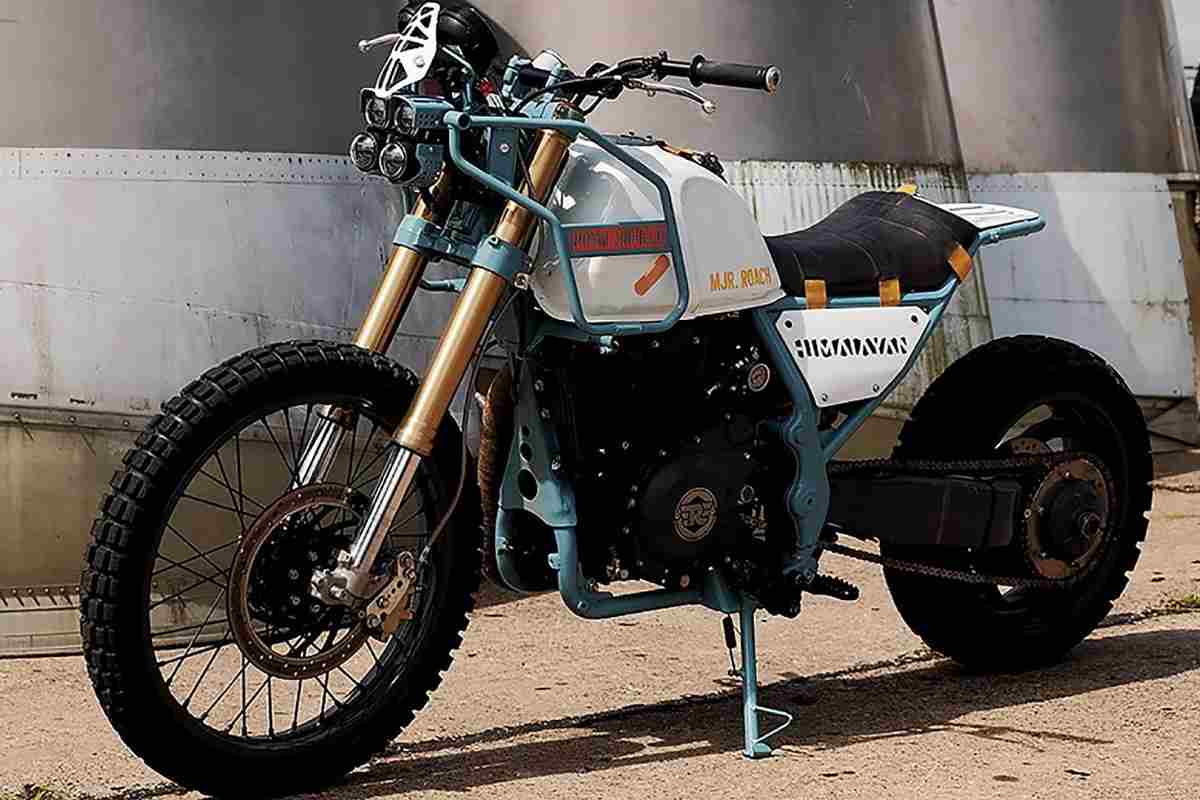 Royal Enfield UK has revealed a new custom built Himalayan adventure motorcycle, which is equipped with a turbocharged engine. The new motorcycle is called the RE Himalayan MJR Roach.

Powering the MJR Roach is the same 411cc, single-cylinder engine that powers the regular model. This engine has been fitted with a Garrett GT 125 turbocharger, which helps in increasing the power output of the 411cc engine from 24bhp to 50bhp.

For suspension mechanism, the motorcycle gets upside down front forks from Continental GT and an extended swing arm with a monoshock at the back. The company has also updated the exhaust system, which has smaller exhaust pipe. The circular headlamp has been replaced with a quad-projector setup. The motorcycle rides on Continental TKC 80 tyres.

The custom team has opted for a video-game inspired military theme for its design. Two gauges are added below the Renthal Fatbar to show the pressure and air/fuel ratio. The MJR Roach moniker is placed on each side of the stock fuel tank. The seat upholstery has been changed, which also used parachute belts and buckles to strap both the seat and the fuel tank down. It is claimed that the motorcycle was built from spare parts and materials lying around in the Royal Enfield design studio.