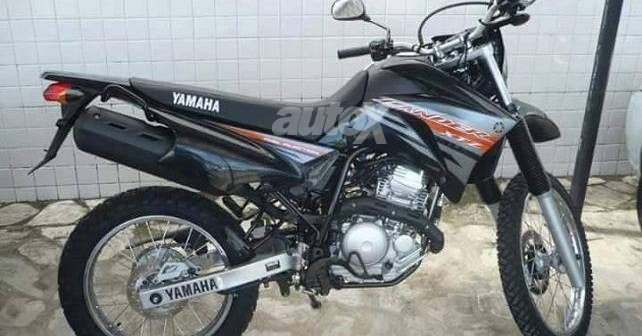 Despite increasing input costs and weak INR value, Yamaha Motor India has registered a growth of 15% in the domestic sales in August, 2015. The company sold 61,440 units during August against 53,242 units sold in the same month last year. The major reasons behind the company’s increasing market share are its robust business plan and strategic customer engagement programs, says an official.

In a bid to strengthen its market, the Japanese 2-wheeler maker is planning to bring-in a 250cc off-road adventure motorcycle – the Lander. In fact, the company has started testing the bike in the country. The Yamaha Lander is claimed to be more powerful and efficient than the existing off-roaders such as the Hero Impulse. This adventure motorcycle is already on sales in several global markets including Brazil. While, the India launch will happen by November, 2015.

The latest spyshot reveals that the bike will feature bold stances and an uplifted exhaust. It will get a high ground clearance, thus making it very compatible for the Indian road conditions. Powering the Yamaha Lander will be a 250cc, single cylinder engine that will produce a maximum power of 21bhp and 21Nm of torque.

This engine will be mated to a 5-speed manual transmission that will help the bike achieve a top speed of 135kmph. It will be equipped with 240mm telescopic forks upfront and 220mm monoshock rear suspension that will aid to its on-and-off road performance. The bike will carry a weight of 130kgs (dry), and get an electric start system as a standard feature.