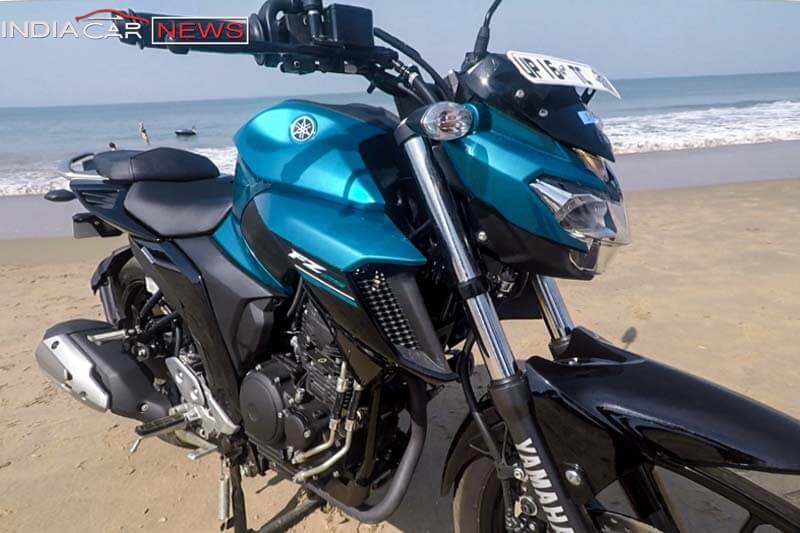 Back in 2015, Yamaha made its entry into India’s fastest growing sub-500cc sportsbike segment with its globally popular YZF-R3 fully-faired motorcycle. Despite being one of the best in its league, it failed to live up to the company’s expectations. And the reason was its high pricing. Though it didn’t stop Yamaha to keep working on an affordable quarter-litre motorcycle to take on its rivals – and that’s how the Yamaha FZ25 came into picture. The 250cc naked streetfighter from Yamaha was finally rolled out on January 24, 2017.

With FZ25, Yamaha has carried forward the legacy of immensely popular FZ-S 150cc naked bike. Launched as a single-cylinder, small-capacity sportsbike for the masses, the motorcycle is claimed to have all the ingredients that We Indians love. We finally got our hands on this motorcycle on the beautiful roads of Goa. This bike might lose all the spec sheet battles, but it has Yamaha’s DNA. After riding this motorcycle for more than 3 hours, I can say that the FZ25 offers premium flavour, refined powertrain, appealing looks and comfort that Indian two-wheeler customers look for in motorcycle. 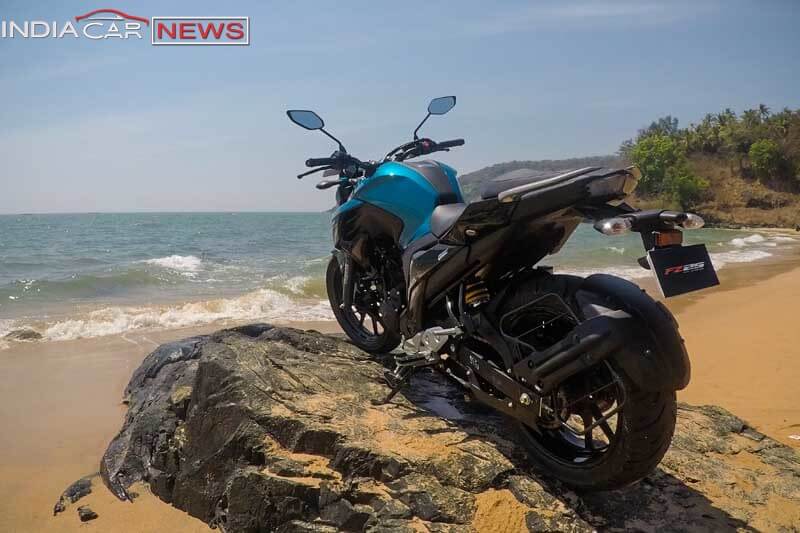 The FZ25 is undoubtedly a looker, thanks to its MT-series inspired styling. The highlight of its design is the sharper, low positioned headlamp that gives it an aggressive profile. The headlamp unit comprises of a halogen lamp and three LEDs. There are two smaller 13W LED units for low beam and one 9W diode for high beam. Another interesting design element is its smartly designed fuel tank with larger tank extensions that also gets air vents, which is a nice addition. A matte black section splitted the painted tank panels add to its styling, while the larger chunky tank house two Yamaha logos on either sides.

Moving on to the sides, you will see more familiar design with elements sharing with FZ16. It features split-seat styling and split grab rails at the rear. The LED tail-lamps look quite unique and complement the overall design. Other design elements include nicely integrated saree guard and a good looking plastic splatter guard that is fitted to swing arm. Read – Yamaha FZ25 – All You Need To Know 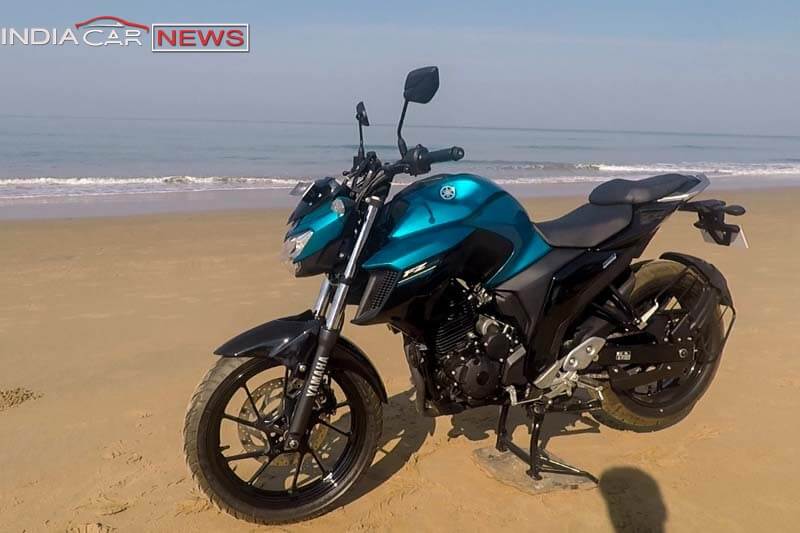 For rider’s info, the bike has a fully digital LCD screen that has two trips and shows fuel efficiency data along with standard speedo, clock and rev numbers. However, it misses out on side stand warning and gear position indicators, which is a common feature these days with most city focused premium bikes. Keeping Yamaha’s commitment towards quality, this bike gets segment-best plastic fit & finish. In fact, quality of switch gears is top-notch. It has a kill switch to the right and easy to use indicator buttons on the left. The passing light is integrated to low/high beam switch, and is easy to use. Build quality is again best in its league; however, the plastic panels are now thinner. Yamaha claims that the thinner plastic panels help them to keep weight in check, and has adequate strength. Yamaha FZ25 Walkaround Video

This is one area that shocked everyone who test rode the FZ25, as the bike’s numbers don’t look appealing on papers. Its 249cc unit is quite engaging and is ready to take any challenge you put upfront. This single-cylinder engine is benefitted with an oil cooler, while the fuel injection comes as standard. Yamaha’s Blue Core technology with a forged aluminium piston improves the overall efficiency by reducing frictional losses. 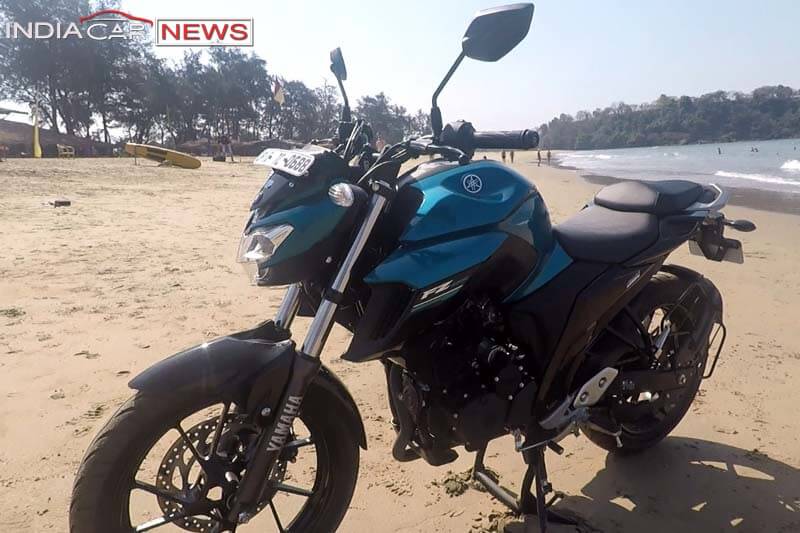 This engine belts out 20.6bhp at 8,000rpm and 20Nm of torque, which comes into effect as early as 6,000rpm. These numbers might fail to impress you, but this bike surprises many with its strong low and mid-range. It is quick and nimble, and could leave most of its rivals behind on initial grunt. Clutch is very light while the 5-speed gearbox is very engaging and easy to use. Like other Yamaha’s, the power delivery comes in a very linear manner which is also its highlight point.

Low and mid-range performance of the Yamaha FZ25 is best-in-class. As a matter of fact, you can easily take this motorcycle to 10,000 odd RPMs or redline. You won’t find much difficulty to hit 110-115kmph, and in fact this bike can easily cross 120kmph barrier without much restriction from engine. I managed to hit 130-132kmph on Goa roads, so the speedometer can show speeds up to 140kmph on straight highways. Though it can touch 130+ speeds, it’s recommended to keep its max speed around 125kmph as it has been developed for regular city riding and occasional highway cruising. 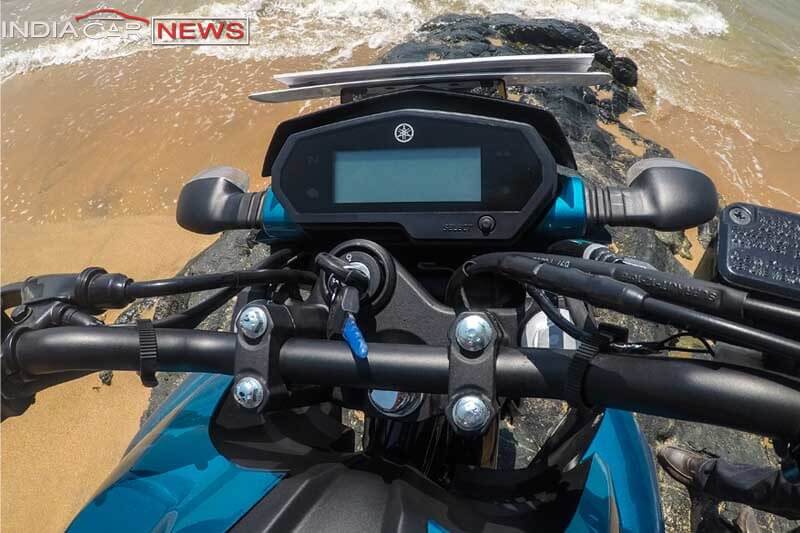 This is undoubtedly the most refined engine in its league. There are no vibrations at all till 7,000rpms. Going closer to 8,000 to 9,000 revs, you will feel little vibrations to handles & foot pegs, but such little things can be ignored. It is much lesser than the bigger Bajaj Dominar 400 & TVS Apache RTR 200 4V. With a claimed efficiency of over 40kmpl coupled to a 14-litre fuel tank, the FZ25 should give you a long range.

This naked streetfighter is based on Yamaha’s diamond frame chassis that also underpins the YZF-R3. So, reliability won’t be an issue. With kerb weight at just 148kgs, this bike feels light and nimble on sharp corners. The riding position is a big improvement over the FZ16, thanks to its new well-cushioned seats. While riding, the rider will feel more lean towards the handlebar which is in its way a good thing. Seat height of 795mm makes it easier for taller riders to ride it without compromising on the comfort. Adding to it, the 160mm ground clearance ensures that no bad roads affect your ride. 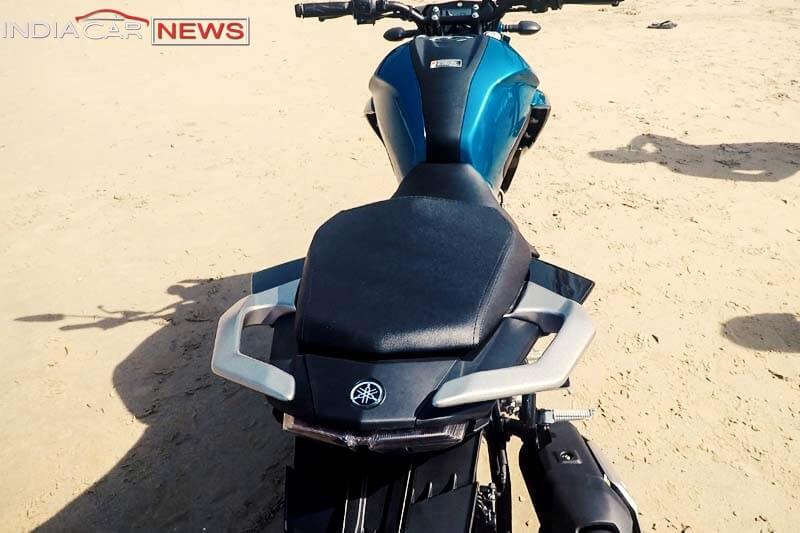 Suspension system comprises of 41mm forks upfront and traditional monoshock at the rear. The setup has been specifically tuned to handle all the bumps one can feel on highways. In fact, high-speed stability is also good. The bike gets 100/80 and 140/70 section, 17-inch MRF Zappers, which performs really well. With low weight, it is easier to take sharp turns and it is very quick to change direction. However, on pushing harder you start feeling the softness of the suspension. As a reminder, the FZ25 is designed and developed as a premium urban motorcycle. Braking duties are carried out by a 282mm disc in the front and a 220mm disc at the rear. The brakes are quite effective, but an optional ABS could further enhance the overall braking mechanism. 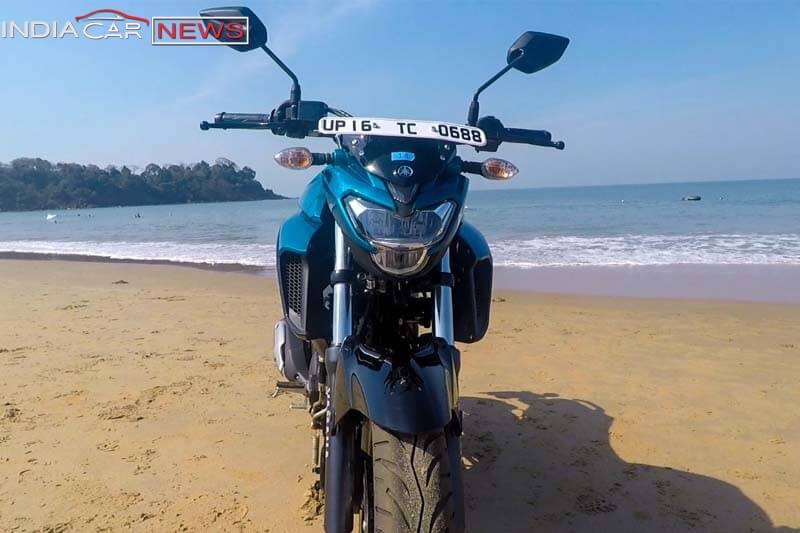 I would like to give my verdict in 3 good and 3 bad things that I found in this streetfighter. Let’s start with negatives –

1. No ABS – This motorcycle only comes with disc brakes, and there is no provision of adding ABS even as an option. Though, the braking system performs quite well.

2. Slightly more power could make it an even more exciting product against the likes of KTM Duke 200/250 & others in its league. 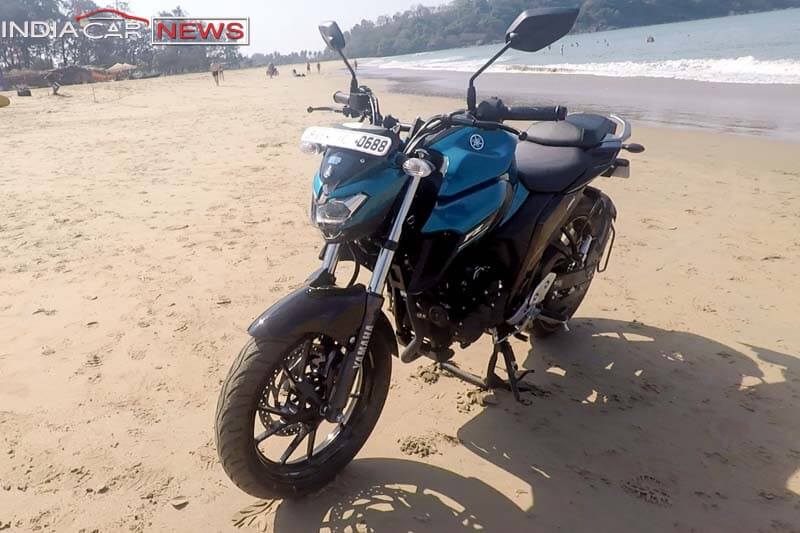 1. Best-in-class refinement – Its 249cc single-cylinder engine is undoubtedly the most refined engine its league. You will get maximum torque as early as 6,500rpm and there are very little vibrations which only felt when push harder at above 8,000rpms.

2. Top-Notch Quality – Yamaha is known for offering high quality products, and the FZ25 is no exception. The plastic quality around instrument console, switch gears and panels are segment leading.

3. Engine Performance – Despite the max power of 20.6bhp, this motorcycle doesn’t feel under-powered. Thanks to its low weight, the FZ25 can easily hit a top speed of over 130kmph. In fact, during 0-60kmph stretch it is the fastest in its segment.

At just Rs 1.19 lakh, ex-showroom Delhi, the new Yamaha FZ25 or FZ 250 is undoubtedly an excellent product to ride home. Despite offering just 20.6bhp, the engine feels quite fast and performs really well. Gear shifts are smooth and power delivery comes in a very linear manner.