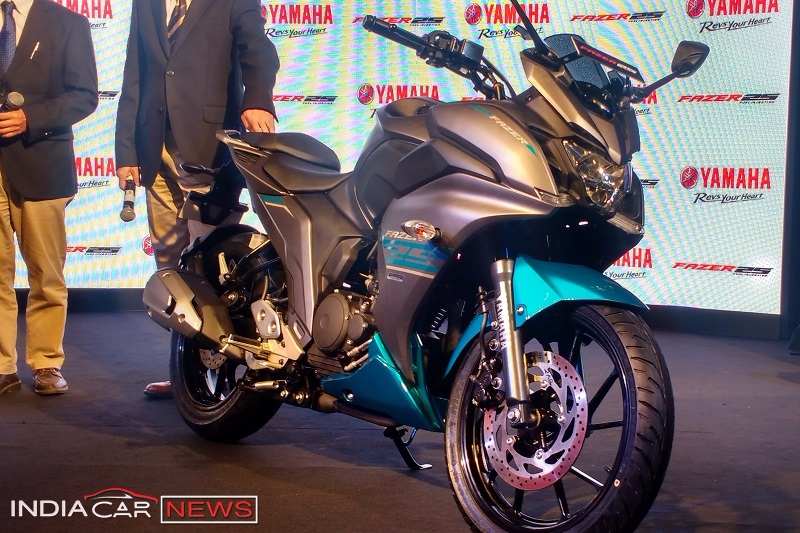 Yamaha Motor has commenced deliveries of its newly-launched Yamaha Fazer 25 in cities such as Chennai and Kolkata. The all-new Fazer 25 was introduced in India with a price tag of Rs 1,29,335 (ex-showroom, Delhi). Essentially a fully-faired version of the FZ25 quarter-litre bike, it shares most of its design bits with its naked sibling. Though, the additional fairing gives it an aggressive look and adds around 6 kg more weight. Now, the bike has a total kerb weight of 154 kg.

Besides, the new Yamaha Fazer 25 (Fazer 250) derives its power from the same 249cc, single cylinder, air-cooled ‘BLUE CORE’ engine with oil cooling that does duty on the naked FZ25. In terms of power, the engine puts out 20.6bhp at 8,000rpm against 20Nm at 6,000rpm. Power is delivered to the tyres via a conventional five-speed gearbox. The new Fazer 25 comes in a choice of two dual-tone options-Soulful Cyan (grey & blue) and Rythmic Red (red & gold). Also See – Yamaha FZ 250 Walkaround Video

Though it is said to be an evolved version of Fazer 150, the new Fazer 25 sports some typical touring traits such as relaxed seating posture and raised fairing. In fact, the model looks largely similar to its naked version, save for the new full fairing. Features such as handlebars and front mirrors are carried over from other models in the FZ series. Some of the key features of the quarter-litre bike include a 14-litres fuel tank, separate seat with slip-resistant material, lightweight link-loss monocross suspension, aerodynamic cowl with wind protector, dual horn, new styling LED position light and multi-function LCD instrument with real-time mileage motor. The anti-lock-brakes are missing in the bike, however Yamaha will add it in 2019 in line with the upcoming norms. 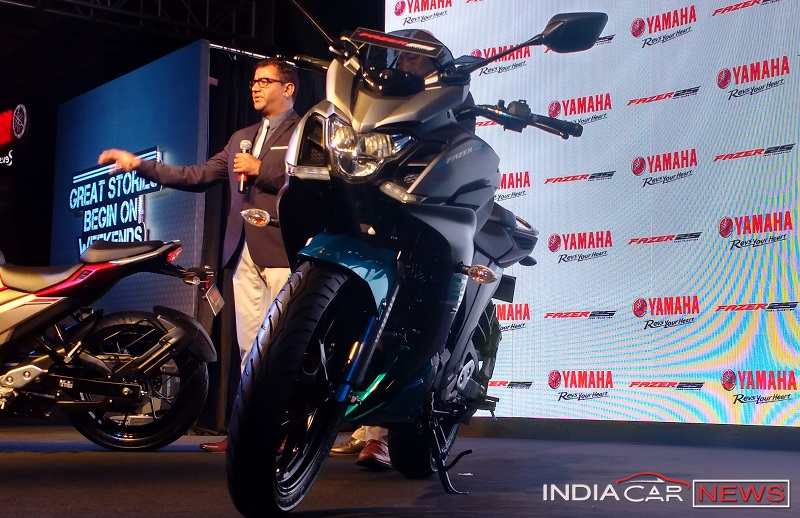 The all-new Fazer 25 is a fully-faired version of the FZ25 naked bike that costs slightly higher than the naked streetfighter. That said, the new Fazer 25 is available at Rs 1.29 lakh (ex-showroom, Delhi). Read More – New Yamaha R15 V3.0 Unveiled

At the heart of the new Fazer 25 fully faired bike is the same engine that powers the FZ25. The bike comes equipped with the 249cc, single cylinder, oil-cooled ‘BLUE CORE’ motor pushing out a maximum power output of 20.6bhp at 8,000rpm and a peak torque of 20Nm at 6,000rpm. For transmitting power to wheels, it uses a conventional five-speed gearbox. Read – Yamaha Fazer 25 Vs Bajaj Pulsar RS 200 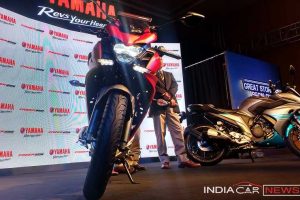 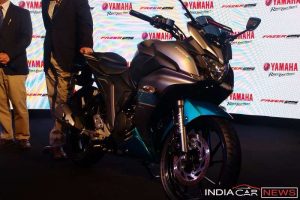 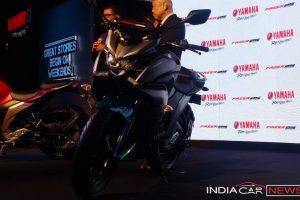 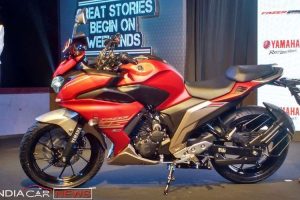 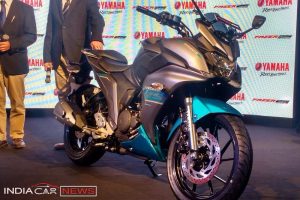 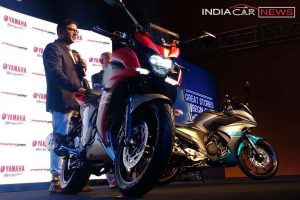 The new Fazer 25 shares platform, components and engine with its naked sibling FZ25. With the additional fairing, the bike not only gets aggressive look, but it also witnesses slight increase in weight around 6 kg, though it does not have much effect on the bike. It returns a mileage around 43 kmpl under standard conditions. Read About – Yamaha T7 Concept Based Adventure Bike

Damping duties on the bike are performed by 41mm telescopic forks up front and monoshock absorbers rear suspension setup. The new Yamaha bike derives its braking power from 282mm disc units up front and 220mm disc rear brakes. However, it misses out on the anti-lock-braking system (ABS). The company will introduce the ABS system on the bike sometime in 2019. 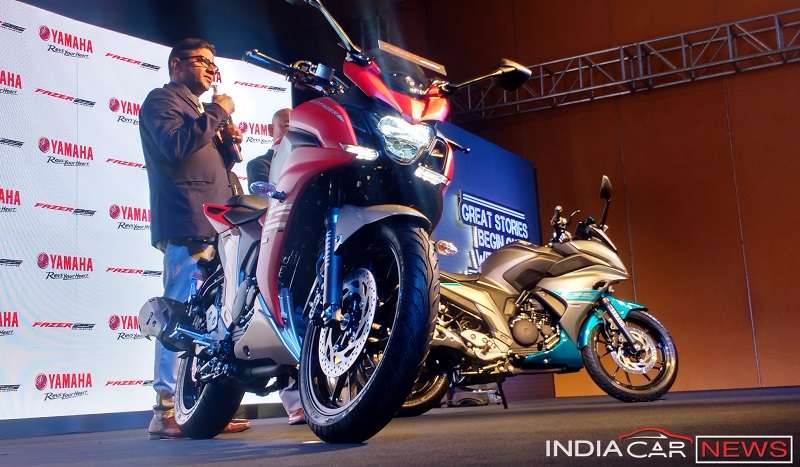 The new Fazer 25 sits on the same diamond-frame chassis, which is already used in its naked version, FZ25. As for the design and styling, the bike features an aggressive full fairing that differentiates it with the naked streetfighter and adds some 6 kg more weight to the quarter-like bike. Styling elements such as dual headlamps with LED units and LED taillamps further enhance it visually.

To be based on Yamaha's double frame chassis, the new Fazer 25 motorcycle gets a full fairing and an oil-cooled single-cylinder 250cc engine.