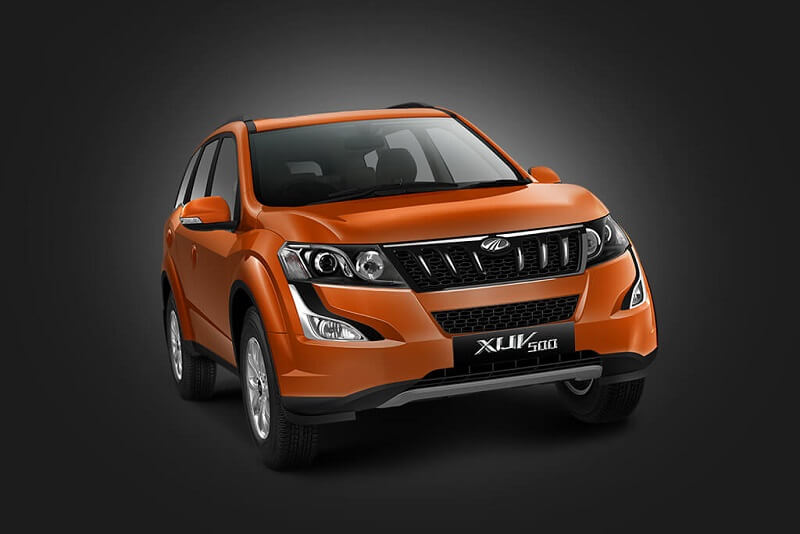 The new Mahindra XUV500 facelift will be powered by a 170bhp, 2.2-litre mHawk diesel engine.

Mahindra, the homegrown automaker is gearing up for the launch of several new cars in the country in the next few months. The company will launch the Scorpio facelift on November 14. Besides, Mahindra will soon introduce the long wheelbase TUV300 Plus SUV. Interestingly, the XUV500 facelift has been spotted testing on the roads for the first time. The spotted model was fully covered and do not reveal much info about the changes. It has been spotted testing alongside the Mahindra TUV300 Plus and the SsangYong Tivoli based compact SUV – codenamed S201. Also See – Upcoming Mahindra Cars In India

Going by the spy images, it is visible that the XUV500 facelift gets a new set of alloy wheels. The 10-spoke alloys look reminiscent to the one offered on the XUV Aero Concept, which was showcased at the 2016 Auto Expo. The rear profile of the SUV is expected to receive minimal changes, while the majority of updates will be given to the front. The SUV is likely to get better equipped cabin along with high-end features.

Besides cosmetic upgrades, the 2017 Mahindra XUV500 is reported to get a more powerful version of the existing engine. It will be powered by a 2.2-litre mHawk diesel engine that is tuned to offer 170bhp of power, which is up from the current 140bhp. This engine produces around 350-350Nm. As a reminder, Mahindra will add the 140bhp, 2.2-litre mHawk diesel engine to the Scorpio facelift.

Earlier this year, Rajan Wadhera, Exective VP, R&D and Global Product Development, Mahindra confirmed that the updated XUV500 will go on sale in the country this year. We expect that the new model will go on sale in December. The homegrown automaker is also working on the SsangYong Tivoli based compact SUV in the country in 2018. It is expected to be unveiled at the 2018 Delhi Auto Expo.