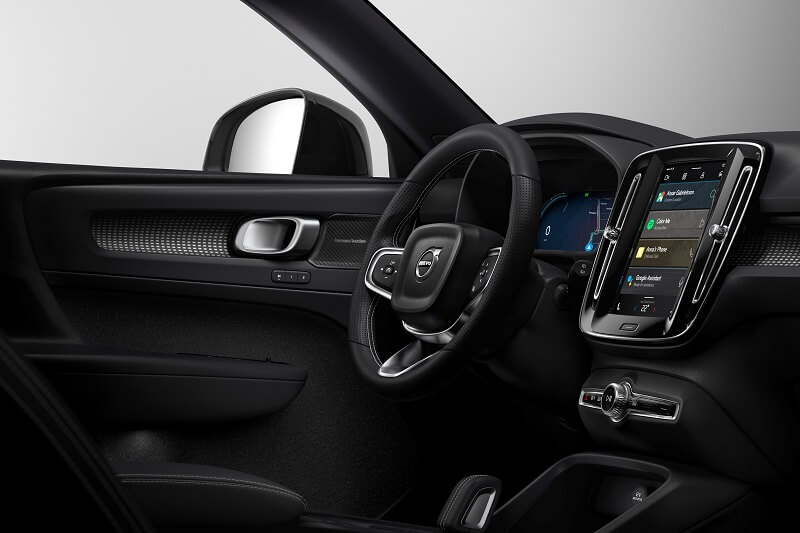 Volvo Cars is readying the all-electric version of the XC40 SUV, which is scheduled to make public debut on October 16, 2019. The company has announced that the Volvo XC40 Electric SUV will receive an Android-based operating system for the new infotainment system, which is called the ‘Android Automotive OS’.

Volvo Car Group is the first company to join hands with Google on integrating an infotainment system powered by Android, with the Google Assistant, Google Maps and the Google Play Store built-in. The new system provides full integration of Android Automotive OS, Google’s open-source Android platform, with real-time updates to services such as Google Maps, Google Assistant and automotive apps created by the global developer community.

It will be the first Volvo car to support over-the-air updates for software and OS updates. This ensures that the operating system keeps evolving and improving over time. The Android Automotive OS is an Android operating system, which is familiar to millions of developers, tailored to run in the car. Music and media applications are optimised and adapted for car will be available through the Google Play store.

The Google Assistant allows customers to use functions like controlling temperature, setting a destination, playing music and podcasts with their voice. The company claims that the integration reduces driver distraction. Google Assistant also allows you to interact with your smart-home devices from your Volvo car. Google Maps will be able to provide realtime map and traffic data. This system also improves the capabilities of the XC40’s Advanced Driver Assistance Systems by providing important information such as speed limits and curves in the road of the car.