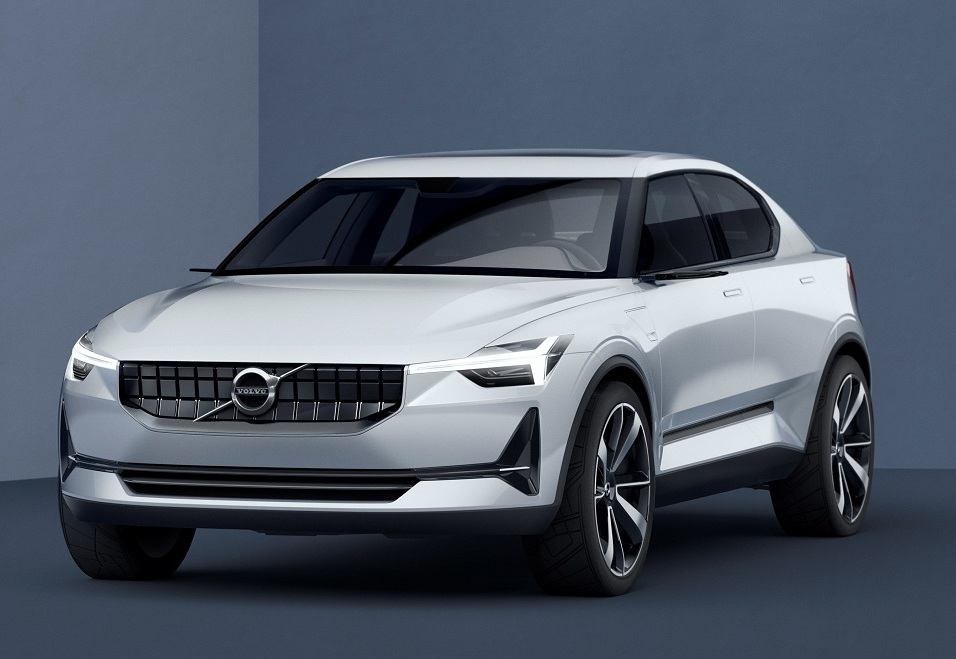 Volvo, the Swedish luxury carmaker, has unveiled two new concepts – 40.1 (XC40) and 40.2 – based on its new Compact Modular Architecture (CMA) platform. This platform has been specifically designed for entry-level premium cars, and will be used for Volvo’s smaller products. While the 40.1 previews the new XC40 crossover, the 40.2 concept could become basis for the new-generation Volvo V40 hatchback.

The new 40 series cars are claimed to offer bold exterior and interior design with industry-leading connectivity, electrifications and autonomous drive technologies. The first new Volvo 40 series car will go into production in 2017, confirms the company. Furthermore, the carmaker revealed its plan to sell a total of up to 1 million electrified cars across the global by 2025.

The all-new 40.2 hatchback concept will be a pure electric car with Volvo’s new T5 Twin engine based on the company’s new 3-cylinder petrol powertrain. This electric machine, with a new 7-speed dual clutch transmission, will offer 350km of range. Volvo’s upcoming CMA-based entry premium cars, including the Volvo V40 hatchback (based on the 40.2 concept) will feature the more accessible front wheel-based drivetrain system.

Coming to the design, the Volvo 40.2 concept looks significantly different from the existing V40 hatchback. With slightly overhang boot, the rear profile of the concept looks more like a sedan. This new design approach also hints at the Swedish carmaker’s plan to take on entry premium cars like Mercedes CLA and upcoming BMW 1-series sedan. Though there are no official words as of now on the company’s plans of entering the entry-level luxury sedan segment.