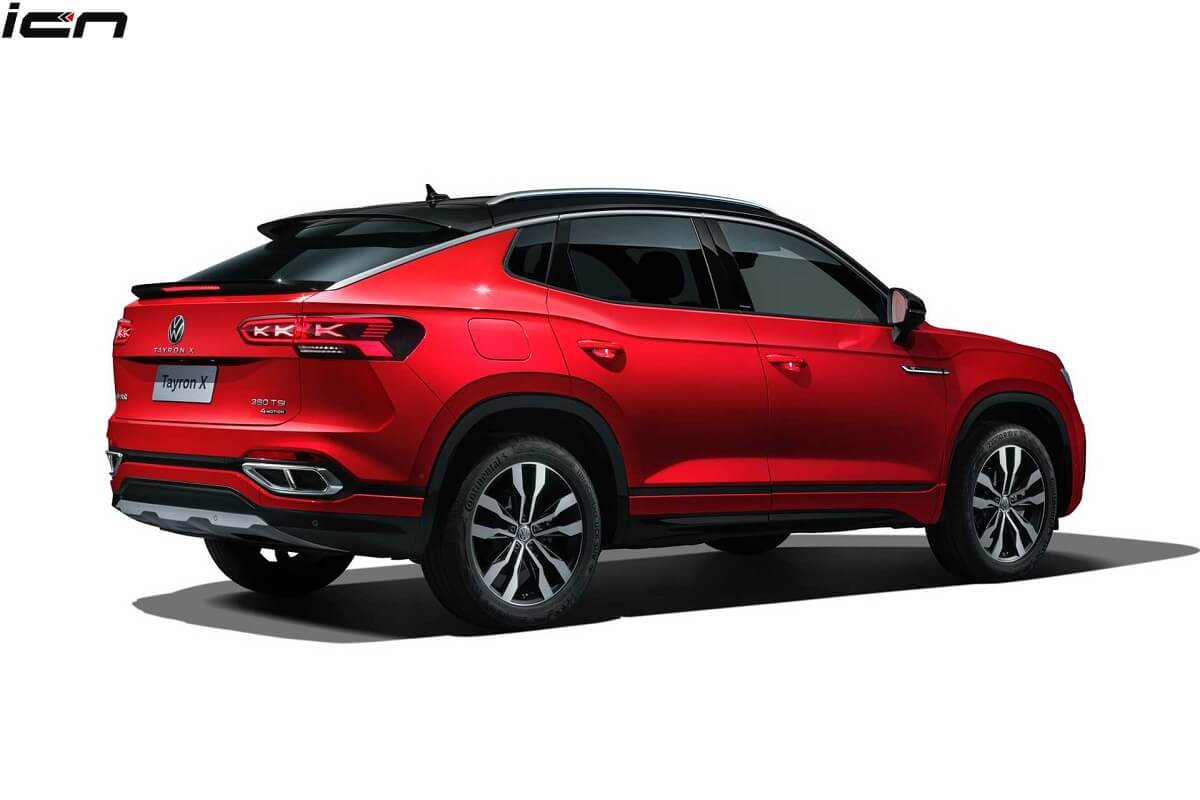 Volkswagen had showcased the SUV Coupe concept at the 2019 Auto Shanghai. Now, the company has officially introduced the production version of the model in China. Called the Volkswagen Tayron X, the new Coupe SUV further improves the brand’s crossover portfolio in the country. The letter “X” in the name refers to the Coupe variation of the body.

To be positioned alongside the conventional Tayron, the new VW Tayron X will be produced in partnership with the local manufacturer FAW. The biggest difference between the two is the roof design. The company is also selling the Teramont X with coupe-like design in the Chinese market. It is basically the local version of the North American Atlas Cross Sport, which is developed in partnership with SAIC Motor Corporation. Also See – Upcoming Volkswagen Cars in India in 2020, 2021

In terms of proportions, the VW Tayron X is 4.62 meters in length, 1.86 meters in width and 1.66 meters in height, and has a wheelbase of 2.73 meters. The overall design from front is similar to the conventional Tayron. The biggest change will be made on the rear profile and the roof design. It comes with a well-cut roof, slanted glass and lanterns that merge well with the trunk lid.

Similar design is expected on the upcoming Volkswagen Nivus mini Coupe SUV, which has been spotted testing multiple times. Based on the new Polo’s MQB AO platform, the Nivus compact Coupe SUV will be launched in the Brazilian market this year.

Powering the Volkswagen Tayron X Coupe SUV is a 2.0-litre, 4-cylinder petrol engine that offers two states of tunes – 186bhp with 320Nm of torque and 220bhp with 350Nm of torque. Power is transmitted to the front wheels via a 7-speed DSG automatic gearbox. All-wheel-drive system will be offered as optional.