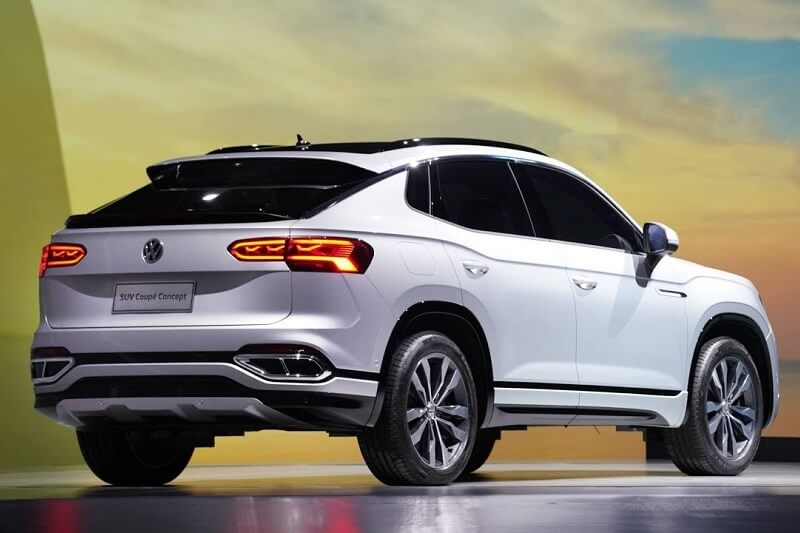 We informed you earlier that Volkswagen is readying an all-new Polo based compact SUV, which will first go on sale in the Brazilian markets. Likely to be called the Volkswagen T-Sport, the new SUV is expected to make global debut in 2020. The first design sketch of the new T-Sport has hit the web-world, revealing the design direction.

The Volkswagen T-Sport small SUV will come with a coupe-like roofline. The sketch confirms that the new SUV will have coupe-like silhouette. Styling of the SUV is inspired by the Volkswagen SUV Coupe concept, which was unveiled at the Shanghai Motor Show earlier this year. The new SUV will be based on the MQB AO Platform, which also underpins the T-Cross and the new generation Polo (not available in India yet).

The new Volkswagen T-Sport will have 2,560mm of wheelbase, which is similar to that of the new Polo. It is expected to sit under 4 meter in length and will take on the likes of the Ford EcoSport and the Honda WR-V. Both these SUVs are currently on sale in our market.

In India, the Volkswagen T-Sport is not likely to arrive anytime soon. The German premium carmaker will launch the T-Cross SUV based on the heavily localised MQB AO IN platform. This platform will also underpin the Skoda Kamiq, next-gen VW Vento and the next Skoda Rapid. The T-Sport is likely to have similar length as the international Polo. VW could reduce the length for some growing markets as well.