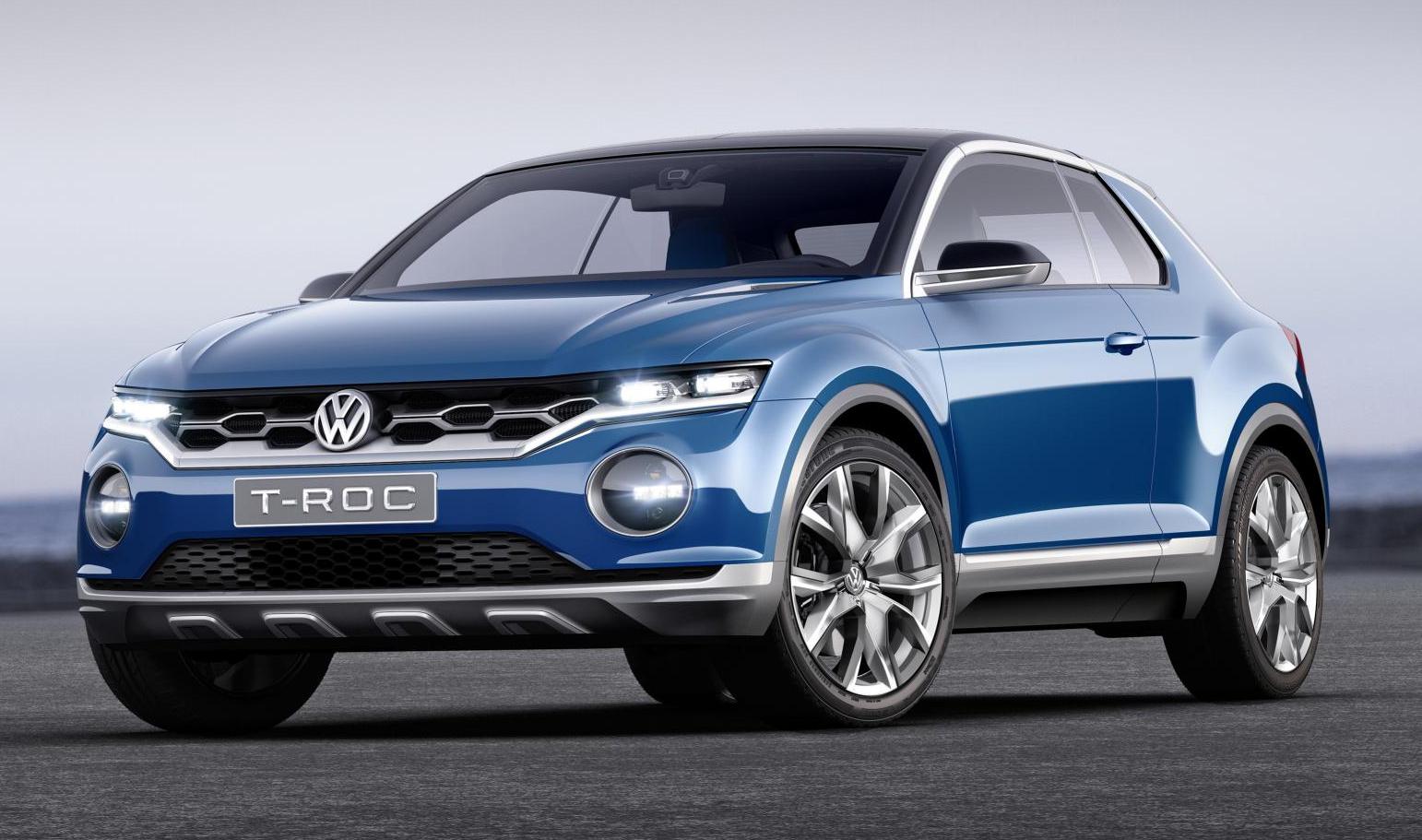 Unveiled at the 2014 Geneva Motor Show, the production version of the Volkswagen T-ROC SUV concept has been put on test in Europe. The early prototype of the SUV has been spotted during its test rounds and interestingly the spotted vehicle wears the Tiguan’s body shell. If media reports to believe, the company has been testing the chassis components of the car.

Volkswagen T-ROC is based on Volkswagen’s immensely popular MQB platform which also underpins several other cars.  This SUV is 4,179mm long, 1,831mm wide and 1,501mm tall, and it has a large wheelbase of 2,595mm. Based on the modular Transverse Matrix platform, the SUV weighs just 1,420kg.

The Volkswagen T-ROC will sit between the Taigun and the Tiguan. The vehicle is expected to be powered by the 2.0-litre diesel engine that also powers the Golf GTD. This engine is capable of developing 181bhp and 380Nm of torque. The concept showcased features the permanent all wheel drive system with three driving models to select- Street, Offroad and Snow.