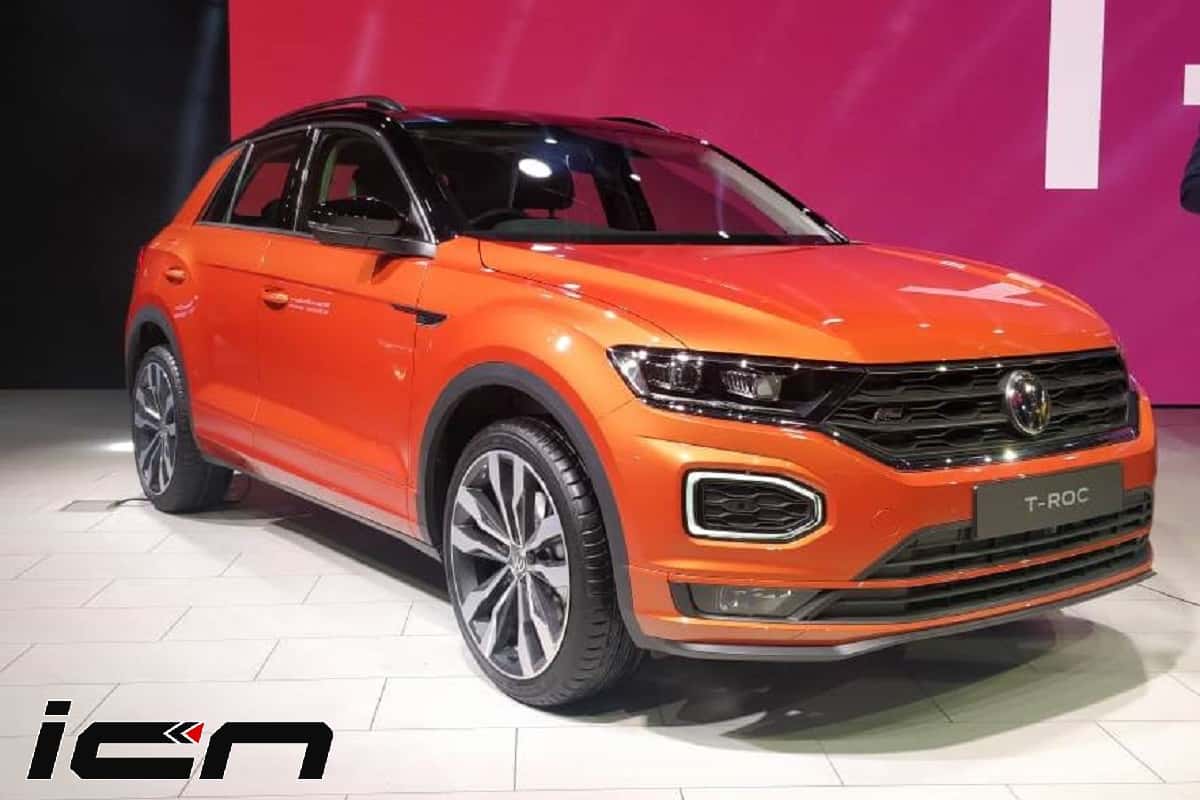 German automaker, Volkswagen has unveiled the all-new T-ROC 5-seater premium SUV in India. The SUV will make public debut at the 2020 Auto Expo, which is scheduled to be commenced on February 7. Official bookings for the Volkswagen T-ROC SUV have been commenced in the country.

Besides T-ROC, Volkswagen has revealed the Tiagun SUV concept, the Tiguan Allspace and I.D. Crozz EV. In this article, we talk about 10 things you should know about the new Volkswagen T-ROC 5-seater premium SUV –

The Volkswagen T-ROC will be brought as a completely built up unit (CBU) and will be retailed as a premium SUV. It is expected to be priced in the range of Rs 18 lakh to Rs 20 lakh.

The T-ROC SUV will make public debut at the 2020 Delhi Auto Expo. It is likely to be launched around March-April 2020.

In terms of proportions, the T-ROC SUV measures 4,234mm in length, 1,819mm in width and 1,573mm in height and has the wheelbase of 2,603mm. The global model has a ground clearance of 135mm, but the India-spec model will have ground clearance of around 150mm.

The mid-sized premium SUV is available in petrol version only. It is powered by a 1.5-litre, 4-cylinder turbocharged petrol engine that is capable of producing 152bhp of power and 339Nm of torque. Power is transmitted to the front wheels via a 7-speed DSG automatic gearbox.

The T-ROC 5-seater SUV will be positioned as a premium SUV. It will rival against the likes of the Jeep Compass, Hyundai Tucson, and the upcoming Citroen C5 Aircross and Skoda Karoq and the higher variants of the Tata Harrier and the MG Hector.

The T-ROC SUV is based on the versatile VW Group’s MQB platform, which underpins a wide range of Volkswagen, Skoda and Seat models. For people not in the know, the Tiguan and the Allspace is also based on the same MQB platform.

The styling of the Volkswagen T-ROC SUV is inspired by the bigger Tiguan model. It gets a large hexagonal grille with chrome slats, flanked by thin headlamps with LED Deals. The LED DRLs and Cornering lights are positioned on the lower bumper. The bumper has wider air-dams with honeycomb mesh design and horizontally positioned fog lamps. There are aggressive creases that runs across the length of the SUV. The SUV gets flared wheel arches, chrome door handles, ORVMs with integrated blinkers, LED tail-lights and others.

In terms of pricing, the T-ROC will sit right between the Tiguan and the upcoming AO concept based SUV (made-In-india T-Cross). However, the SUV measures similar to the upcoming T-Cross.