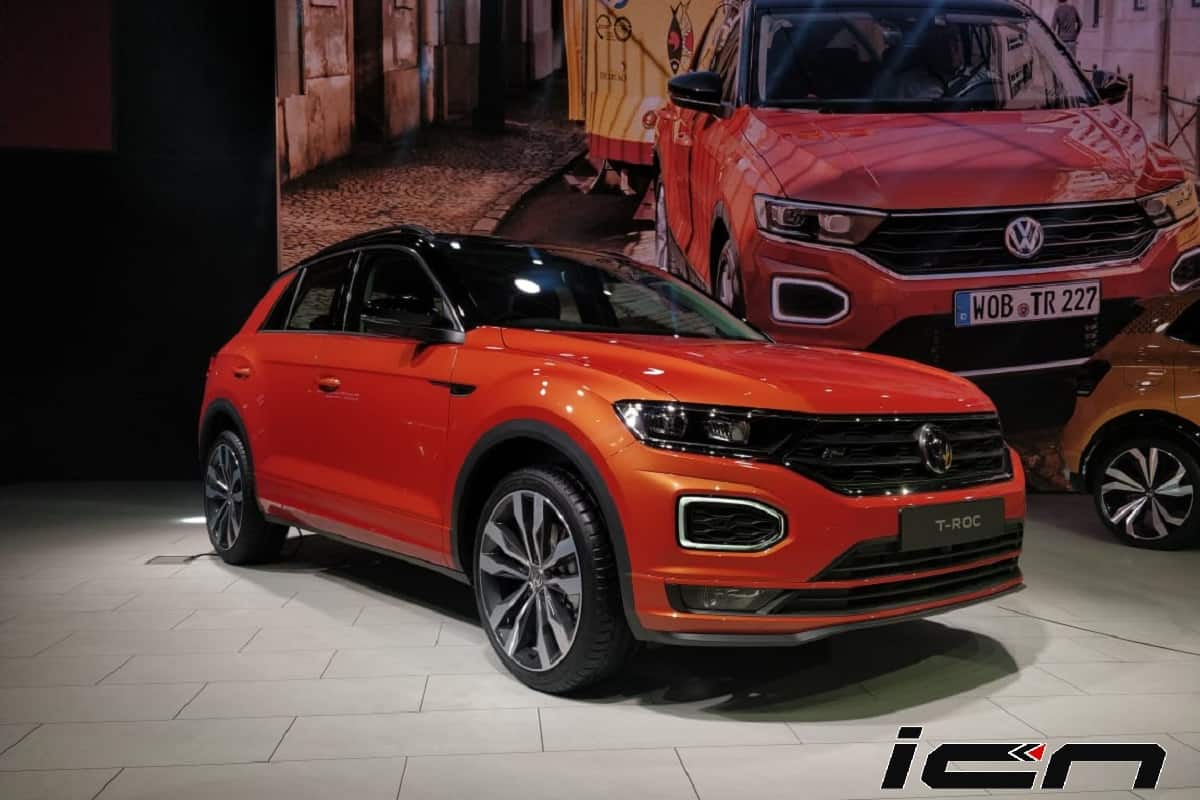 The highly-anticipated Volkswagen T-ROC SUV will finally go on sale in the Indian market tomorrow. Unveiled on February 3, 2020, the new T-ROC SUV was previewed to public at the 2020 Auto Expo. The company has already received over 500 bookings for the new 5-seater SUV since the Auto Expo.

The Volkswagen T-ROC will be a fully-imported model, which will make it expensive over the competition. To be launched in a fully-loaded variant, the new VW T-ROC is expected to be priced around Rs 18 lakh. At this price point, the German SUV will compete against the likes of the Hyundai Tucson and the Jeep Compass.

The company has already announced that the Volkswagen T-ROC SUV will only be offered in a single petrol engine option. In fact, the company has decided to discontinue diesel engine from the market. The SUV will be powered by a new 1.5-litre, 4-cylinder turbocharged petrol engine, which is tuned to offer 147bhp of maximum power and 240Nm of torque. Power will be transmitted to the front wheels via a 7-speed DSG automatic gearbox. The company is not likely to introduce the manual derivative of this SUV.

It is expected that the SUV could come with cylinder de-activation technology, which allow its user to shut down half its cylinders to extract higher fuel economy. In terms of proportions, the new VW T-ROC SUV is 4,229mm long, 1,831mm width and 1,572mm tall, and has a wheelbase of 2,595mm. The global model has a ground clearance of 135mm. However, VW engineers will tune the suspension setup and could raise the height the vehicle marginally to suit the Indian road conditions.Also See – VW T-ROC – 10 Things To Know

The Volkswagen T-ROC will be offered in a single fully-loaded trim. It will receive all-LED lighting system, a panoramic sunroof, 6 airbags, ABS with EBD, ESC, all-4 disc brakes, a large touchscreen infotainment system with modern day connectivity features, and a digital instrument console. The SUV will be offered in 6 colour options.