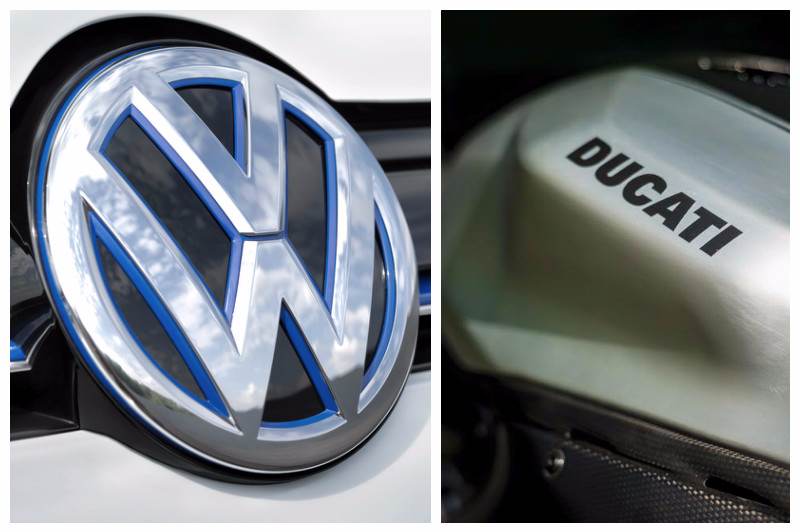 German conglomerate Volkswagen is contemplating selling Italian motorcycle brand Ducati to solicit operations to fund Dieselgate strategic revamp, following the damage caused by the emissions scandal. The company is seeking advice from investment banking firm, Evercore on the possible options to streamline operations, including the sale of the popular motoring brand Ducati which its luxury arm, Audi acquired in 2012.

While there is still no certainty over the divestment of Ducati, but sources reveal that VW has started reaching out to potential buyers including India’s ace two-wheeler manufacturer, Hero MotoCorp and other China-based firms. Just so you know, Audi acquired the globally renowned Ducati brand for a whopping 860 million Euros back in 2012. Read – Volkswagen Announces Its 2017 India Line-up

While we still await a final word on this from Volkswagen and Ducati, sources in the know opine that Ducati’s market value could be around 15 times its core earnings that estimates at 1.5 billion Euros. In retrospect, the brand has been faring well registering 55,000 unit sales globally, estimating at 593 million Euros in 2016. Ducati’s annual earnings for VW are usually around 100 million Euros, equivalent to 700 crore. Sources close to the development suggest that potential buyers reportedly offered VW 10 times multiple of the earnings. The Gurgaon based Hero MotoCorp is among the top contenders, but it is not clear if brands like Harley Davidson, Kawasaki and Honda have shown any interest. Read – Tata Motors Signs MOU With Volkswagen and Skoda Auto

Blown by the emissions scandal, Volkswagen is probing cost cutting across the group. The company has skimmed jobs at its core passenger car brand to aide multi-billion Euro shift to build electric vehicles and new mobility services. While the rumours of VW considering sale of Ducati have surfaced on previous occasions also, but the involvement of Evercore in discerning brand’s market value indicate that Ducati could soon get a new owner.