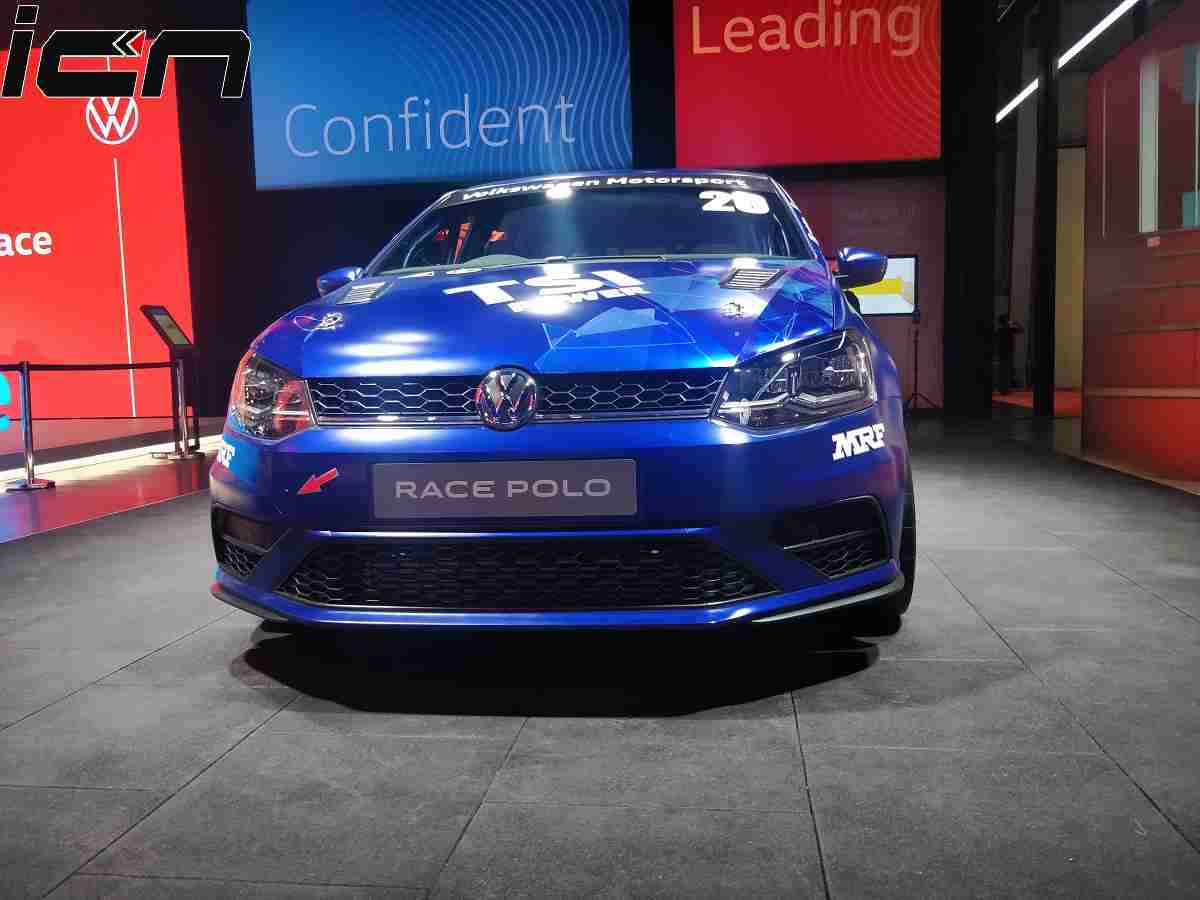 Volkswagen Motorsport India will soon re-introduce the Polo Cup, which will replace the Ameo Cup. The company has showcased the new Race Polo hatchback at the Auto Expo 2020. The new Volkswagen Race Polo will participate in the 11th edition of its one-make series.

The VW Race Polo is powered by a 1.8-litre turbocharged petrol engine, which also powers the race-spec Ameo. This engine is capable of producing 210PS of power and 320Nm of torque. Compared to the Race-spec Ameo, the Race Polo offers around 5bhp more power. Power is transmitted to the front-wheels via a 6-speed sequential gearbox. Also See – Volkswagen T-ROC Explained in a Hindi Video

What’s interesting is that Race Polo drivers will have a 20bhp ‘push-to-pass’ boost for overtaking and defending. The hatch is claimed to achieve 0-100kmph in just 5.5 seconds before hitting a top speed of 225kmph. The vehicle also gets paddle shifters and racing ABS (Anti-Lock Braking System).

It measures 3.97m in length and 1.68m in width, and has a wheelbase of 2.47m. Volkswagen had introduced the one-make series in India in 2010 with a Polo equipped with a 1.6-litre diesel engine. The company has already conducted a two-day driver selection round for the series on January 25-26 at the Ajmera IndiKaring Track in Mumbai.