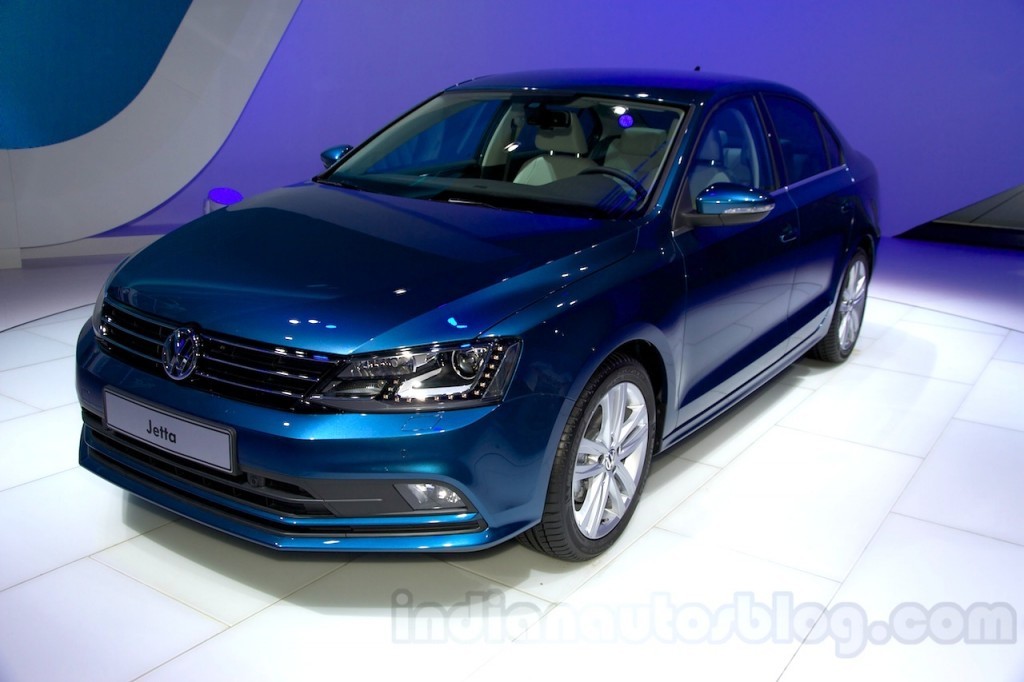 2015 Volkswagen Jetta makes its Russian debut at the 2014 Moscow Motor Show today. The refurbished sedan made its world première at the recently held 2014 New York Motor Show. It is an India-bound vehicle and is expected to hit the Indian shores by the end of 2014 or by Q1 2015. The all new Jetta boasts a brand new triple-slat chrome grille at the front and a redesigned bumper with foglight enclosures compliments it well. The LED daytime running lights integrated with the headlamps are a retention from the older model. The sedan comes up with an all new set of alloy wheels, albeit the rest of the side profile is unchanged. At the rear, it gets a new LED tail lamp cluster along with a tweaked bumper to enhance the appearance. Inside the cabin, the changes are quite subtle. It borrows the new three-spoke multifunction steering wheel from the 2014 Polo which was recently launched in India. Additionally, it also adorns a new music system with piano-black surrounds which raises the overall ambience of the cabin. Volkswagen has refrained from making any mechanical changes in the new Jetta as it continues to offer the sedan with the same 1.4L petrol and 2.0L diesel engines. However, it would be interesting to see whether it introduces the revised EA288 TDI engine (2.0-liter) as the American models came loaded with this engine, recently. It is expected that its price in India upon launch wouldn’t vary much to the current price. It is challenged by the likes of Hyundai Elantra and Skoda Octavia in Indian auto industry.