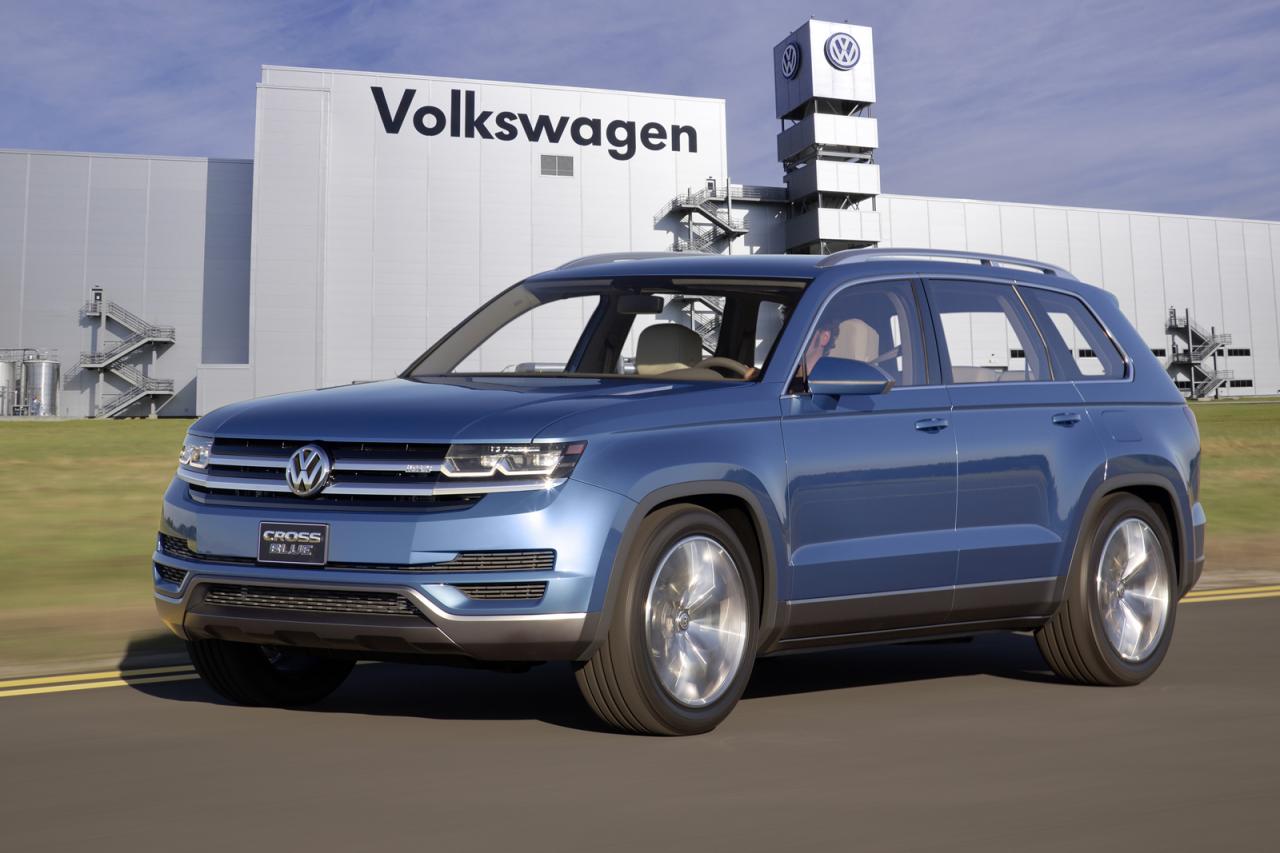 Volkswagen has officially announced that the production of the VW CrossBlue will start by late 2016 in United States at the Chattanooga plant. It will be part of the company’s strategy for growing SUV segment in which VW will introduce a series of new SUVs globally. The company will introduce Taigun compact SUV, new Tiguan, T-ROC based crossover and few more by 2018.

Unveiled at the 2013 North American International Auto Show in Detroit, the Volkswagen CrossBlue concept will get a production version before entering into assembly line towards the end of 2016. It will be manufactured at Volkswagen’s U.S. based Chattanooga manufacturing unit alongside the US-spec Passat. The seven-seater SUV will consume a high investment of around 900M USD, where the company will also hire around 2,000 people.

Details about the Volkswagen CrossBlue SUV have not been revealed by the company. This SUV will be offered with a seven-seat layout featuring a three-seat bench in the middle and two style seats in the last row. Based on the Volkswagen’s MQB platform, the production version SUV will measure 4986mm long, 2014mm wide and 1732mm tall.

The Volkswagen CrossBlue SUV is likely to go on sale by mid-2017. It is quite early to comment whether this 7-seat SUV will make its way to the Indian market.