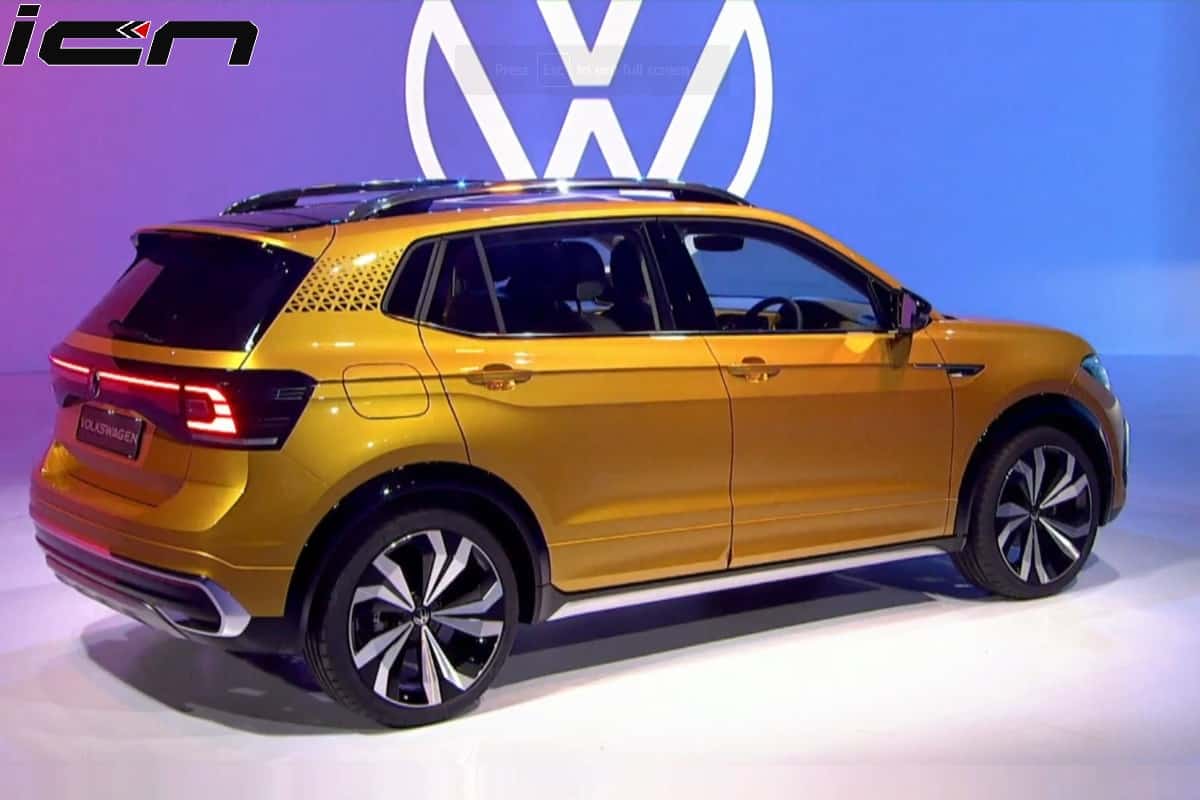 The production-ready Volkswagen Taigun will take head-to-head against the cars like Kia Seltos, Hyundai Creta and Nissan Kicks. The compact SUV will hit showrooms in late 2020 or early next year. It will be designed on the locally developed MQB AO IN platform, which is also used in the Skoda Vision IN SUV. Read – Volkswagen T-ROC, Tiguan 7-seater SUVs Coming Soon To India

Compared to the European-spec T-Cross, the new Volkswagen Taigun SUV has a significantly longer (90-100mm) wheelbase. This means, it will have more cabin space and longer doors to offer. In fact, the VW Taigun stands on a higher 205mm ground clearance that will make compatible to Indian terrains. The suspension setup has also been tuned to suit Indian driving conditions.

The Volkswagen Taigun also receives India-specific design changes such as chrome treatment on the front grille and bumper area. The SUV also features twin-pod LED headlamps and roof rails. Check Out – Volkswagen Nivus Compact SUV Could Look Like This

In India, the Volkswagen Taigun is likely to be offered with two petrol engine options – a 130bhp, 1.5-litre, 4-cylinder EVO TSI and a 115bhp, 1.0-litre, 3-cylinder turbocharged unit. The former will be boosted with cylinder-deactivation technology, thus making it 10% more efficient.

No diesel engine will be on offer. The carmaker might introduce a CNG version in the country. Transmission choices will include a 6-speed manual (standard) and a 7-speed DCT (optional).