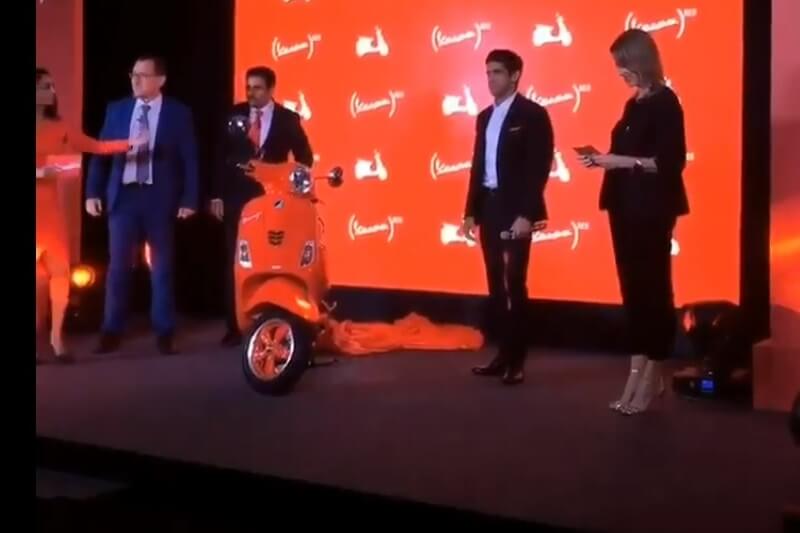 Piaggio India has introduced a special edition of the Vespa scooter in the country. Christened as Vespa RED, this new model has been designed on the Vepsa 125 priced at Rs 87,000 (ex-showroom, Maharashtra). Interestingly, the Vespa special edition comes under the collaborative partnership of Piaggio Group and RED organisation that works to harness the power of people and companies to fight against AIDS, Malaria and Tuberculosis.

Aiming to aid the cause, the Italian scooter manufacturer will donate money generated on every purchase of Vespa RED to the Global Fund. RED foundation is licensed to partner companies including Apple Inc., The Coca-Cola Company, Nike, American Express, Starbucks, Armani and many more. The profits (up to 50%) earned from RED-branded products (such as iPhone 7RED) are transferred to the Global Fund to help over 70 million people across the globe. RED organisation was founded by U2 frontman Bono and activist Bobby Shriver in 2006.Read About – Vespa Elegante Special Edition

Globally, the Italian scooter brand sells Vespa 946 RED under this joint venture. The company says that this model has been designed with elegance and style, representing sensitivity to this serious problem. It signifies the brand’s efforts against the most illnesses – AIDS.

Painted in vibrant Red shade, the new Vespa RED features RED chrome badge on the top left side of the front apron and the signature Piaggio emblem at the centre. However, the original design and dimensions remain unchanged. Read – Vespa GTS 300 Might Come To India

In fact, the scooter uses the same engine that powers the regular model. The Vespa RED derives its power from the 125cc, air-cooled, 3-valve engine churning out a peak power of 10.45bhp at 7,500rpm against 10.6Nm of torque at 6,000rpm.