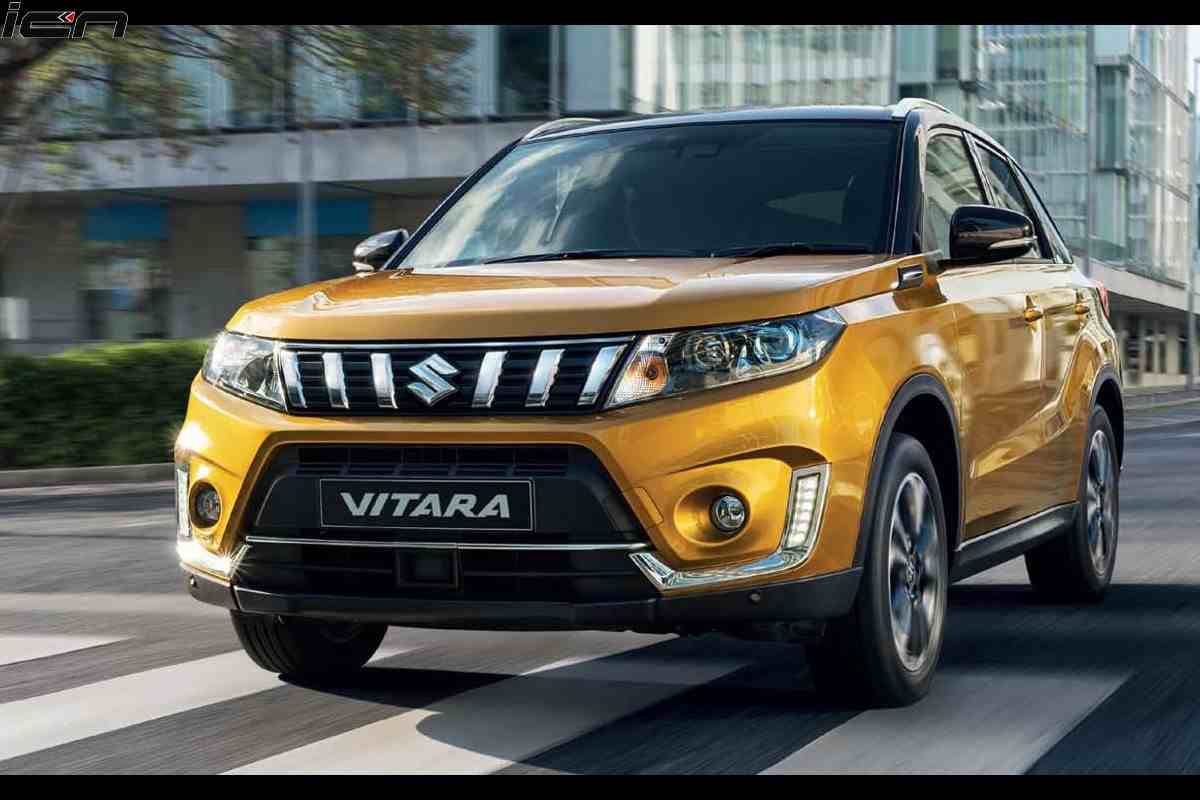 After introducing the BSVI versions of its entire line-up, Maruti Suzuki is now readying a wide range of new models for the domestic market. The company will enter into new segments, and will launch new generation models of the existing cars. Here we bring you a list of upcoming new Maruti Cars, which will be launched in our market in the next 2 years –

The first model in our list of Upcoming new Maruti Cars is the Suzuki Jimny mini off-roader. First unveiled at the 2020 Auto Expo, the new Jimny will come as a spiritual successor of the legendary Gypsy. The company will launch the new Jimny Sierra, which is slightly longer than the regular model. The mini off-roader will be manufactured at the Suzuki’s Gujarat based plant. In terms of features, the SUV will receive a 7.0-inch touchscreen infotainment system with Android Auto and Apple CarPlay, automatic air-con, heated front seats and cruise control.

Based on the Body-on-frame chassis, the upcoming model will be offered in a single petrol engine option. It will be powered by a 1.5-litre, 4-cylinder naturally-aspirated petrol engine producing 100bhp and 130Nm of torque. Power will be transmitted to all-4 wheels via a 4-speed torque convertor automatic. For safety and security, the mini off-roader gets multiple airbags, lane departure warning, autonomous emergency braking, ABS with EBD, etc. Continue reading…

Maruti Suzuki is working on the next-gen Celerio hatchback, which is expected to be launched in 2021. Codenamed YNC, the new-gen Celerio will be entirely designed and developed by Maruti Suzuki engineers in India. It will come with all-new design, which will appeal to young car buyers of the country. The hatchback will be based on the Suzuki’s new HEARTECT platform, which also underpins the new Wagon R and the S-Presso.

The new model is likely to be more efficient, lighter and safer than the existing model. Dual front airbags, ABS with EBD, rear parking sensors, seat belt reminder and speed alert as standard safety features. The top-end model will receive a SmartPlay Infotainment System with smartphone connectivity, automatic AC, rear parking camera, etc. The new Celerio could receive a BSVI compliant 1.0-litre petrol engine. Rumours also suggest that the hatchback could feature the 1.2-litre K-Series petrol engine. Both manual and AMT versions will be on offer.

Maruti Suzuki is reportedly working on an all-new entry-level hatchback, which is likely to replace the Alto. To be priced under Rs 5 lakh, the new model will rival the Renault Kwid and the Datsun redi-GO. Nothing much about the new model is revealed by the automaker, but it is likely to be based on the new HEARTECT platform. It will be powered by the BSVI compliant 800cc petrol engine that powers the existing Alto. Both manual and AMT versions will be on offer.

Next in our list of the upcoming new Maruti Cars is the Wagon R electric, which has been spotted multiple times on the Indian roads. It will be an entry-level model with a range of around 130km. It will support the standard AC charging and DC fast charging. The hatchback’s battery will take 7 hours to get fully charged via AC charger and 1 hours (up to 80%) via fast charger.

The Wagon R EV will be priced under Rs 10 lakh, which includes subsidies offered on all electric cars. The electric hatchback will come with slightly different styling. Inside the cabin, the new model could receive a touchscreen infotainment system with smartphone connectivity.

Maruti Suzuki has already announced to sale only petrol-powered cars in the Indian market. After introducing the Brezza petrol, the Indo-Japanese brand will launch the petrol version of the S-Cross crossover. It will be powered by a BS6-compliant 1.5-litre, 4-cylinder naturally-aspirated petrol engine, which also powers the Ertiga, XL6, Ciaz and the Brezza. This powertrain is capable of producing 104bhp of power and 138Nm of torque. Transmission choices are likely to include a 5-speed manual and a 4-speed torque convertor automatic. Continue reading

Maruti Suzuki in joint venture with Toyota is developing a wide range of new models for India as well as global markets. One such product is an all-new mid-sized SUV, which is likely to be launched in 2022. This is one of the hotely anticipated upcoming new Maruti cars in India. The SUV could debut at the 2022 Delhi Auto Expo. It will rival the likes of the Hyundai Creta, Kia Seltos, MG Hector, Tata Harrier and the upcoming Tata Blackbird and the Mahindra XUV400.

The new mid-sized SUV is likely to be based on the Suzuki’s global C-platform, which underpins the Brezza and the global Vitara. The duo could also use the Toyota’s DNGA modular platform, which is a low-cost version of the TNGA platform. The SUV will have all-new design, and could be offered in both 5 and 7-seat options. It is likely to be powered by a 1.2-litre turbocharged petrol engine, which is currently under development. Continue reading..

Suzuki-Toyota JV has already announced to develop an all-new C-segment MPV, which will be positioned between the Ertiga and the Innova. The new MPV will be manufactured on the front-wheel-drive monocoque platform, and will rival the Mahindra Marazzo. The MPV is likely to be unveiled at the 2022 Delhi Auto Expo. Nothing much has been revealed by the automaker about the design, engine and launch timeline. Price Estimate – Rs 12 lakh – Rs 18 lakh
Launch – 2022
Expected Engine – NA