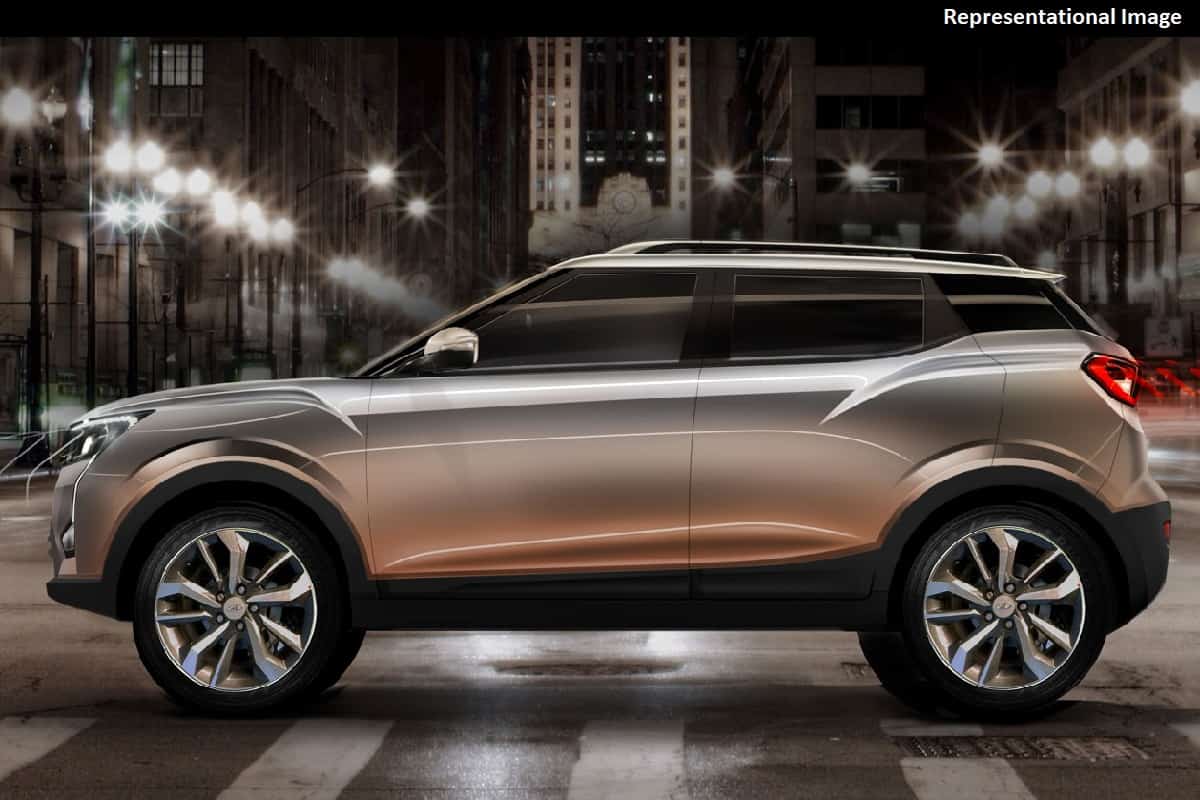 Indian automobile industry has been going through one of its toughest times. Car brands are trying their best to survive in these uncertain times especially the Indian car manufacturers including Mahindra & Mahindra, Tata Motors and Force Motors. All three Indian car brands are ready to launch a range of new models in the next 12 months that will help them revive their market. Here’re the brief about the upcoming new Tata, Mahindra and Force cars.

Tata Gravitas will be the next big launch from the home-grown carmaker in the country. The company has confirmed that the new 6/7-seater will arrive just ahead of the 2020 festive season. The Gravitas, which is essentially the bigger version of the Harrier, will come with a BS6-compliant 170bhp, 2.0L diesel engine. Both manual and automatic gearboxes will be on offer. The SUV will offer three driving modes along with the Terrain Response system with three modes. Design and styling of the Gravitas will be slightly different than its 5-seater sibling. In fact, minor changes will also be made to its interior. It will be more feature-rich and spacious than the Harrier.

Tata Hexa Safari, that made its public debut at this year’s Auto Expo, will see a release in late 2020. The SUV will feature the BS6-compliant 2.2L, 4-cylinder turbocharged diesel engine making power worth 156PS and 400Nm of torque. There will be three gearboxes on offer – a 5-speed manual, a 6-speed manual and a 6-speed automatic. The Hexa Safari edition will come with 4X4 drivetrain system. Visually, it appears sportier than the BS4 Hexa model. Painted in a new bespoke green colour, the SUV features new roof rails and contrasting body cladding. The safari badging on driver side dashboard and new upholstery are the two major changes made inside the cabin.

Tata HBX is surely one of the major car launches of the next year. The HBX concept based mini SUV, that will be put up against the Maruti Suzuki S-Presso, is slated to arrive in early 2021. It will be Tata’s second product to be based on Alfa platform. Reports suggest that the company will initially be made it available with petrol engine only. The mini SUV might come with a 1.2L Revotron turbo motor making power worth 86bhp and 113Nm of torque. It will be hooked to a 5-speed manual gearbox. Some of its key features will include a touchscreen infotainment system with smartphone connectivity, a multi function steering wheel, a semi-digital instrument cluster, Harmon audio system, multiple airbags, ABS with EBD and more.

Tata Altroz premium hatchback will further be expanded with turbo-petrol variants. While its official launch timeline is yet to be announced, the Altroz turbo-petrol model is likely to hit showrooms in coming months. Powering the new model will be a 1.2L turbo unit pushing out a peak power of 99bhp against 141Nm of torque. The motor will be paired to a 5-speed manual gearbox. Reports suggest that the Tata Altroz turbo-petrol model might also come with the brand’s new DCT (dual-clutch transmission) gearbox. It will be a Punch-sourced 7-speed DT-1 dual-clutch unit. No other changes will be made to the new model.

Tata’s highly-popular premium compact SUV – Harrier – will soon receive a new petrol engine. It will get Tata’s new 1.5L turbocharged gasoline unit that’s likely to offer power around 150bhp. The same powertrain will also be used in the upcoming Gravitas SUV. The Harrier petrol is expected to launch near around 2020 festive season. Interestingly, the carmaker will introduce an automatic gearbox with turbo-petrol model with paddle shifters. It might also get a ‘Sport’ mode. Design and features of the new Harrier petrol will be similar to the existing diesel model.

The home-grown carmaker has already confirmed the electric iteration of the Tata Altroz premium hatchback. The model first broke cover in its concept form at the 2019 Geneva Motor Show, followed by its India debut early this year. The Altroz EV will be packed with Tata’s Ziptron electric powertrain that made its debut on the Nexon EV. Though, its battery capacity, power and range figures might be different. If reports are to be believed, the Altroz EV will offer an electric range between 250km- 300km. Its battery can be juiced up to 80% with DC fast charging and 100% in 8 hours with a standard power socket.

Similar to the Altroz, the Tata HBX mini SUV will also receive an electric powertrain. It’s likely to be one of the Tata’s new cars that will hit roads in the next 12 months. For power, the HBX electric will use the Ziptron technology that’s claimed to be designed and developed for the Indian traffic and climatic conditions. The existing version of the Ziptron includes a 30.2kWh lithium-ion battery and a 129bhp electric motor. As of now, details of the Tata HBX EV are scanty.

The second-generation Mahindra Thar is ready to launch in coming October. The off-road SUV will witness significant cosmetic changes and feature upgrades. The talking point, however, will be the new 2.0L mStallion turbocharged petrol engine that made its debut at the 2020 Auto Expo. The motor is capable of producing power worth 190bhp and 380Nm of torque. The new Thar will also be offered with a a140bhp, 2.2L diesel engine. Both powertrains will come with a manual and a new 6-speed torque converter automatic gearbox sourced from Aisin. Some of the key changes that will be made to the new Thar include a touchscreen infotainment system, front facing second row of seats and more standard safety features.

Previewed at the 2020 Auto Expo, the Mahindra XUV300 Sportz is the sportier and more powerful version of the standard XUV300. Under the hood, the SUV employs the BS6-compliant 1.2L turbo petrol motor that belongs to Mahindra’s new mStallion engine family. The new gasoline engine is good enough for 130bhp and 230Nm of torque, thus making it more powerful than the standard XUV300. In fact, it will be the most powerful car in its segment. The XUV300 Sportz will come with a 6-speed manual gearbox. Minor cosmetic changes have also been made including new body graphics with ‘Sportz’ lettering on the front doors, red stitching on seats and contrasting red highlights on the dashboard.

The new-generation Mahindra Scorpio has been confirmed for the early next year. The new model will be based on the modified version of the ladder-on-frame chassis and receive noticeable changes inside and out. In fact, the 2021 Mahindra Scorpio will be bigger and have more cabin space to offer than the current generation model. In terms of features, the SUV might get a new touchscreen infotainment system along with a dashboard mounted Head-Up Display (HUD) unit. The new Scorpio will come with the BS6 compliant 2.2L mHawk diesel and a new 1.5L mStallion TGDI petrol engine options. The latter will deliver power around 160bhp and 280Nm of peak torque. Both motors will be paired to a 5-speed manual gearbox.

Similar to the new Scorpio, the next-generation Mahindra XUV500 will underpin an all-new platform that’s likely to enhance its performance and safety quotient. The new model is likely to come with a 10.25-inch touchscreen infotainment system as we have seen in the new SsangYong Korando. The list of features might also include a new digital instrument console, a panoramic sunroof and dual zone automatic climate control. The 2021 Mahindra XUV500 will be made available with a new 2.0L diesel engine that will be more powerful than its replacement (2.2L unit). It will also come with a new 2.0L mStallion turbo petrol engine. The SUV can be had either with a manual or an automatic gearbox.

2020 Force Gurkha made its public debut at the Delhi Auto Expo early this year. Compared to the existing mode, the new one looks more rugged and has more features to offer. Design bits such as new front grille and bumper, more prominent wheel aches with black cladding, new light clusters enhance its new look. Inside, the off-road SUV gets a newly-designed dashboard, a new centre console with integrated touchscreen infotainment system, updated instrument cluster and new control surfaces for the air con system. The model has forward facing seats with two individual seats in the second row. Powering the vehicle is the BS6 2.6L diesel engine delivering around 90bhp, thus making it 5bhp more powerful than its BS4 version. Transmission duties will be done by a 5-speed manual gearbox.