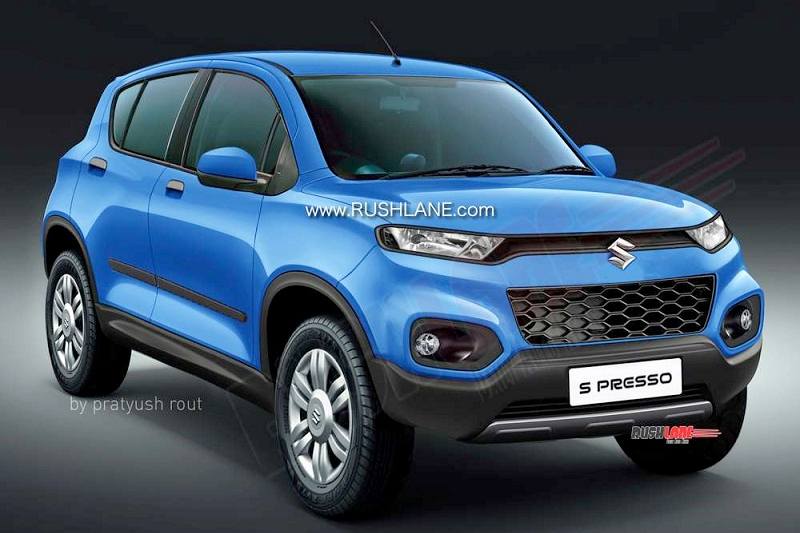 Maruti Suzuki is gearing up for the launch of the much-awaited S-Presso mini SUV. Rumoured to be launched on September 30, the new Maruti S-Presso will be the brand’s smallest SUV and will sit alongside the Ignis and the Wagon R. A new media report claims that the new model will debut the BSVI compliant 1.0-litre petrol engine that powers the Alto K10 and the Celerio. Transmission options will include a 5-speed manual and an AMT unit.

The new S-Presso will directly rival the Renault Kwid. It is reportedly to be offered in four variants, of which, the top-model will come with AMT gearbox option. The 1.0-litre petrol engine is capable of producing 67bhp of power and 90Nm of torque. In the BS4 form, the powertrain offers an ARAI certified fuel economy of 24.07kmpl (Alto K10 mileage). This BSVI model will also be offered on other Maruti models including the Celerio.

With this mini SUV, Maruti Suzuki will target the first time car buyers ageing between 25 and 45. The company will sell this new mini SUV through Arena dealership network, which spread across almost all the regions of the country. Not just urban and semi-urban, the Arena dealership network has strong hold in rural areas as well.

The upcoming Maruti Suzuki S-Presso will be developed and designed on the Suzuki’s new HEARTECT platform that also underpins the new Wagon R. Completely designed and developed in-house by Maruti Suzuki engineers, the new S-Presso will be the brand’s newest model to be introduced in the sub-5 lakh category. Styling of the new model will be based on the Concept Future S, which was showcased at the 2020 Delhi Auto Expo. The small car will also receive a central-mounted digital speedometer, which is also a first for any Maruti Suzuki car.

The upcoming Maruti S-Presso will be compliant with the new safety and crash test norms. All variants will sport dual airbags, seat belt reminder, rear parking sensors and ABS as standard. It will be fitted with Suzuki’s Studio smartplay infotainment system with Android Auto and Apple CarPlay connectivity.