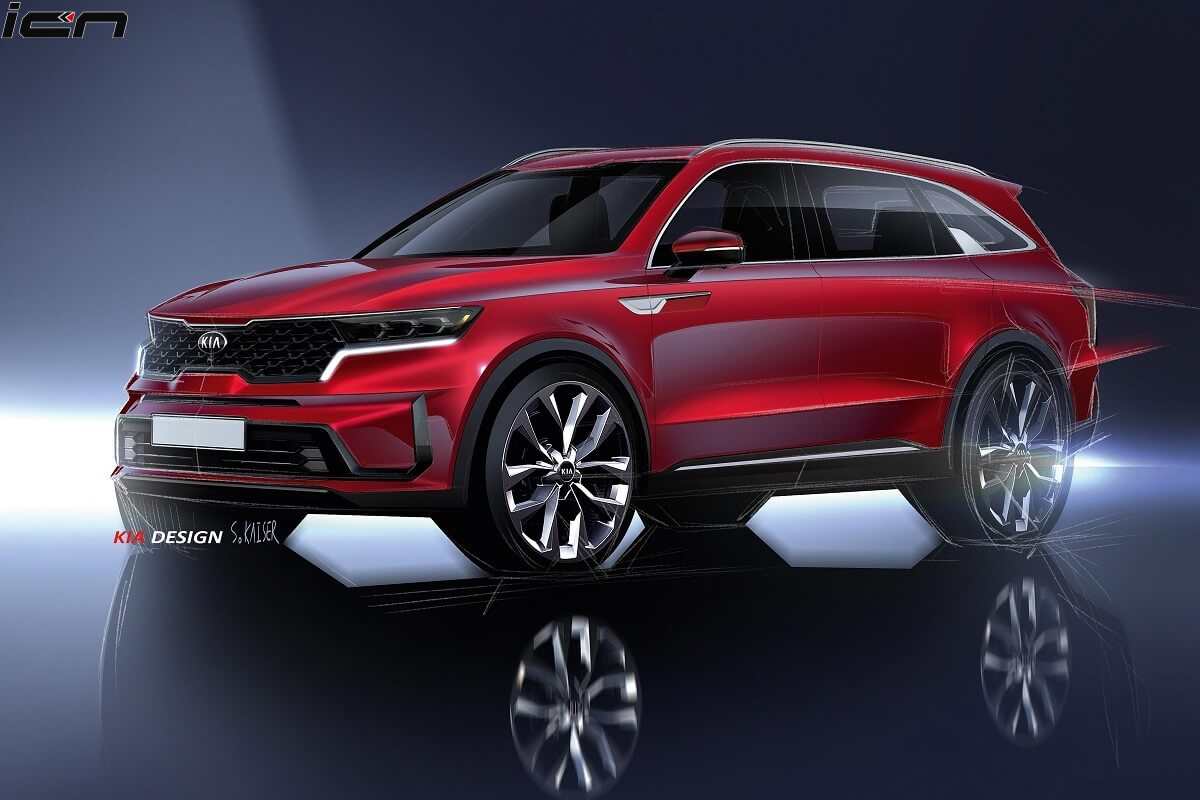 Here is the list of upcoming Kia Cars In India – Price, Launch and Other Details

Hyundai’s subsidiary Kia entered Indian market with the Seltos mid-sized SUV in mid-2019. The SUV has received an excellent response from buyers and soon became the best-selling SUV of India. The company sold over 80,000 units of the Seltos in just 8 months, beating the likes of the Hyundai Creta and the Renault Duster. The company had launched its second car – the Kia Carnival MPV at the 2020 Auto Expo. Despite being the premium product costing over 30 lakh, the Carnival manages to do extremely well with 3000 sales in 3 months. In order to further improve market share, Kia Motors is now planning to launch a wide range of new models in India in the next couple of year. Here we bring you a list of upcoming Kia Cars in India in 2020 and 2021 –

The first model in our list of upcoming Kia Cars in India is the new Sonet sub-4 meter SUV, which was unveiled in concept form at the 2020 Auto Expo. The company claims that the production version of the Kia Sonet will retain 90% of the design. The new model will make global debut on August 7, 2020. The sub-4 meter SUV will directly rival the likes of the Hyundai Venue, Maruti Vitara Brezza, Tata Nexon, Ford EcoSport and the Mahindra XUV300. It will be based on the Venue’s plaform. However, design of these two SUVs will be entirely different. Also See – Kia Sonet – 10 Things to Know

Korean automaker, Kia is considering the new-gen Sorento SUV for the Indian market. The new model is based on the new-gen N3 platform, which will also underpin the next-gen Kia Carnival. Measuring over 4.8 meters in length, the Sorento 7-seater SUV will take on the likes of the Toyota Fortuner, Ford Endeavour, Honda CR-V and others in its category. In terms of styling, the new-gen Sorento gets signature ‘Tiger Nose’ grille with integrated full_LED headlamps, floating roof, diamond-cut alloys, all LED tail-lamps, roof integrated spoiler and dual-tone ORVMs.

Inside the cabin, the Kia Sorento gets 10.25-inch touchscreen infotainment system with Android Auto and Apple CarPlay, UVO Connect, 12.3-inch digital instrument console, 12-speaker Bose surround audio, ambient lighting, Nappa leather and heated seats, blind-spot warning via camera, and a large panoramic sunroof. The India-spec Kia Sorento is likely to receive a 2.2-litre, 4-cylinder turbocharged diesel engine, which also powers the Carnival. Paired to an 8-speed DCT, the engine is capable of producing 198bhp of power and 440Nm of torque.

Next model to join our list of upcoming Kia cars is an all-new compact MPV, which is rumoured to be based on the Seltos platform. It is reported that Kia Motors is readying an all-new C-segment MPV, which will challenge the likes of the Maruti Suzuki Ertiga and the Mahindra Marazzo. The company’s officials stated that the upcoming Kia compact MPV will come with an “affordable price” tag and offer “adequate space”. Production of the vehicle is likely to take place at the carmaker’s Anantapur based plant in Andhra Pradesh and might be exported to overseas as well. Details about the product are still under wraps. It is likely to be offered with 2 engine options – a 113bhp, 1.5-litre naturally-aspirated petrol and a 113bhp, 1.5-litre turbo-diesel.

Korean automaker, Kia will launch an all-new electric SUV in the Indian market over the period of next 2 years. The new model will be based on the Seltos SUV. The production of the Kia Seltos EV is expected to commence in August 2020. It will first go on sale in the Chinese market, followed by other markets including India. Codenamed SP2 EV, the upcoming Seltos EV will share the drivetrain with the Hyundai Kona EV and the Soul EV. The SUV will be equipped with a 204hp electric motor and a 64kWh battery pack. The electric motor is expected to offer a range of 400km on a full charge, which is slightly less than the Soul and the Kona EV models.

The Soul EV is the new model in the list of the upcoming Kia cars in India. Rumoured to be launched in the end of 2020, the Kia Soul EV will directly rival the Hyundai Kona EV and the MG ZS EV. Measuring 4.1 meters in length, the Soul electric will be introduced as a CKD model and will be assembled at the company’s Anantapur plant in Andhra Pradesh. It comes equipped wih a 64kWh battery sending power to an electric motor that’s good for 204PS and 395Nm. It is claimed to achieve 0-100kmph in 7.6 seconds and a top speed of 170kmph. The compact electric SUV offers a claimed range of 450km in a single charge. Its battery takes an hour to get fully charged via fast DC charger and 9.5 hours via AC charger.

Kia Motors had showcased the rugged version of the Seltos SUV at the 2020 Auto Expo. Called the Seltos X-Line, the SUV in concept form and is expected to be launched in limited numbers for enthusiasts. However, Kia is yet to make an official announcement on the same. The concept was equipped with a 2-inch lift kit that makes it look more rugged and sportier. The regular Kia Seltos is not available with an all-wheel-drive system; however, the X-Line variant was equipped with an electric all-wheel-drive system with a central differential locking system. The X-Line is powered by a 1.6-litre turbocharged petrol engine that is capable of producing 175bhp of power. Power will be transmitted to the all-4-wheels via a 7-speed dual-clutch automatic transmission.

The next model in our list of upcoming Kia Cars is the next-gen Carnival MPV, which has recently been unveiled. The new model is based on the all-new N3 platform, which also underpins the new Sorento. The fourth-generation Carnival is completely different from the outgoing model. It is bigger in size, which translates into spacious and comfortable cabin. The MPV gets all-new dashboard, which is dominated by two 12.3-inch screens for the touchscreen infotainment system and instrument console.

The new Carnival rides on 30mm longer wheelbase (3,090mm) and has 10mm wider body (1,995mm). The length of the MPV has been increased by 40mm to 5,155mm, while the rear overhang has been raised by 30mm to 1,130mm. It is expected that the next-gen Kia Carnival 2021 will come with the upgraded version of the existing 200bhp, 2.2-litre turbocharged diesel engine. The petrol version could receive a new 277bhp, 2.5L turbocharged petrol engine.