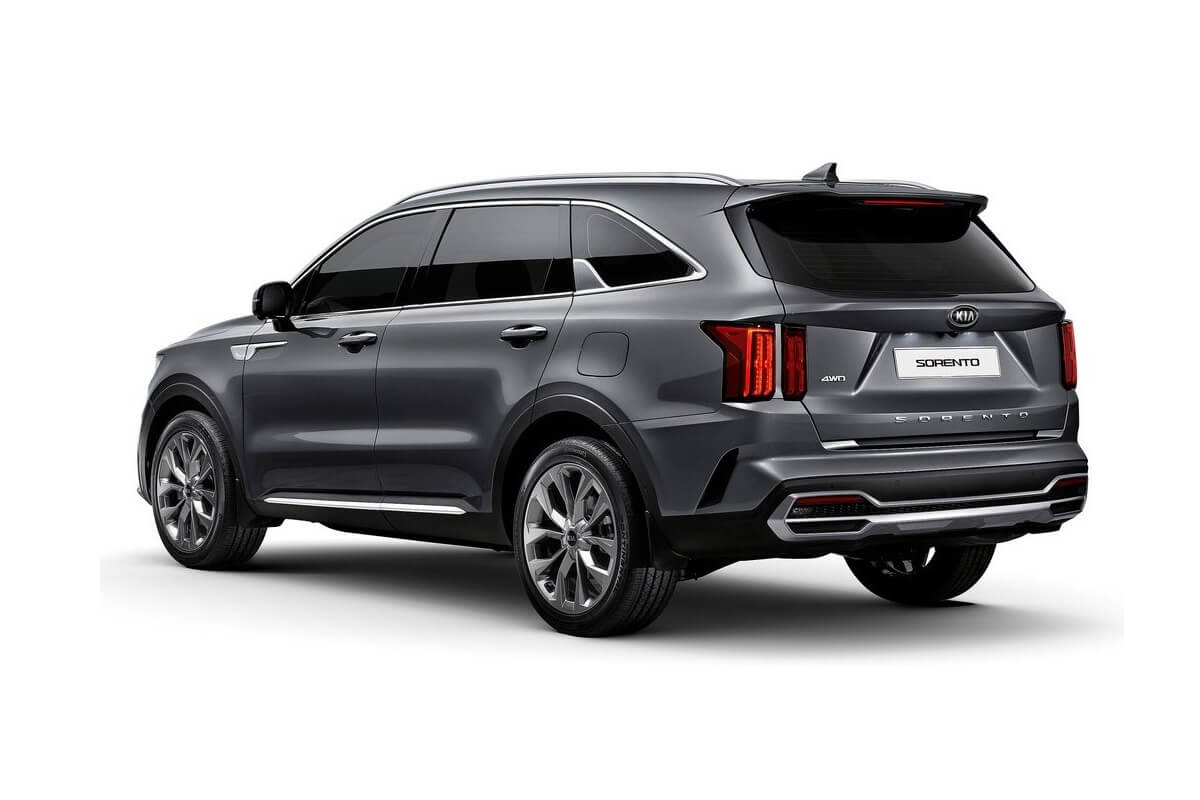 The seven-seat utility vehicles/cars are known for their spacious cabins that are enough to accommodate an average Indian family and their extended family. While such vehicles were around much before the augment of SUV space in India, the contemporary models have intensified the competition. It is no more about the space inside the cabin, but styling, comfort and convenience have further contributed to the popularity of large seven-seat family vehicles. In 2019, we had witnessed the introduction of several new cars including big 7-seater SUVs and MPVs like Renault Triber, etc. For those planning to buy a new car, here’s a complete list of the upcoming 7 seater cars in India in the next two years.

Mahindra & Mahindra is planning a seven-seater model based on the Tivoli’s X100 platform that also underpins the XUV300 subcompact SUV. Rumoured to be named Mahindra XUV400, the 7-seater model will sit above 4 meter in length and will take on the likes of next-gen Hyundai Creta and others in its category. At the engine front, the new Mahindra SUV is likely to get a 1.5L turbocharged diesel engine that churns out 115PS of power and 300Nm of torque. The petrol version might come with a 1.2L turbo engine that’s tuned offering power 110PS with 200Nm. Both manual and automatic options will be on offer.

The Korean automaker will bring in the 7-seater version of the new-generation Hyundai Creta SUV. While official launch details are yet to be revealed, it’s likely to hit showrooms in the first half of 2021. The 7-seater Hyundai Creta will be around 30mm longer than the 5-seater model and will ride on 20mm longer wheelbase. The SUV will be offered in 6 and 7-seat options. While the 6-seater model will have captain seats for second row, the 7-seater Creta will get bench type second and third row seats. The SUV will also receive design changes in the form of flat roof, revised rear profile, new roof rails, slimmer C-pillar and new chrome-studded front grille.

The American SUV maker, Jeep is working on 2 new SUVs – a sub-4 meter Ford EcoSport rival and a 7-seater D-segment SUV for the Indian market. The 7-seater SUV will be based on the heavily localised Jeep Compass’s platform. It will rival against the likes of Toyota Fortuner, Ford Endeavour, Honda CR-V and others in its category. The SUV is expected to be powered by a 1.3L turbo MultiAir 16V diesel engine that produces 180bhp of power and torque between 225Nm – 245Nm. The diesel version will be powered by a 2.0-litre turbocharged engine producing 170bhp of power and 350Nm of torque. Both manual and automatic gearbox options will be on offer.

Tata Motors had showcased the much-anticipated Gravitas 7-seater SUV at the 2020 Delhi Auto Expo. The Gravitas, which is based on the Harrier’s Omega platform, will challenge the likes of the upcoming new-gen Mahindra XUV500, MG Hector Plus and Hyundai Creta 7-seater SUVs. The 7-seater model looks identical to the 5-seater model; however, Tata has made subtle changes to keep things fresh in the maket. It will be powered by a 2.0L turbo Kryotec diesel engine that produces 170bhp of power and 350Nm of torque. Transmission options will include a 6-speed manual and a 6-speed automatic.

The British carmaker is ready to mark its entry into the fully-fledged SUV space with the 6-seater version of the MG Hector. The three-row version of the SUV is named – MG Hector Plus. The vehicle made its public debut at the 2020 Auto Expo.  Design and styling of the MG Hector Plus is slightly different than the 5-seater model; though, the overall profile remains same. Engine setup of the 6-seater SUV will include the same 1.5L turbo petrol, 1.5L petrol with 48V mild hybrid powertrain and 2.0L diesel unit. There will be a 6-speed manual and a DCT automatic gearbox options.

MG Motor India also aims to tap the full-fledged SUV segment with the Gloster SUV, which was unveiled at the 2020 Auto Expo. It is based on the Maxus D90 SUV, which is currently on sale in the Chinese market. The SUV will be positioned above the Fortuner and the Endeavour, and will be priced on higher side. It’s overall length, width and height stand at 5005mm, 1932mm and 1875mm respectively. In India, it could be offered with a 224bhp, 2.0L turbo petrol and a 218bhp, 2.0L diesel engine options. The SUV lineup might come with a 6-speed manual and a 6-speed torque convertor automatic gearbox.

Mahindra has already started testing the next-gen Scorpio, which will be launched in the first half of 2021. The SUV’s all-new model will witness comprehensive design changes and feature upgrades along with a petrol engine. The next-gen Mahindra Scorpio will come with the new 2.0L turbocharged petrol and the BS6-compliant 2.0L diesel engine options. The updated oil burner will be around 20bhp more powerful than the existing motor. On the flip side, the petrol engine is capable of producing 190bhp of power and 380Nm of torque. The all-new Scorpio might also be based on the modified version of the existing platform that will also be used in the new Thar.

Mahindra & Mahindra will also give a generation change to the XUV500 SUV. The 2021 Mahindra XUV500 has already been spotted testing multiple times on Indian roads.. The SUV will receive significant changes inside and out along with a more powerful diesel engine. The new XUV500 will come with a 2.0L diesel motor boosted with SCR and DPF, thus making it BS6-compliant. The new oil burner will deliver power worth 180bhp. The SUV will also get the new 2.0- litre mStallion turbocharged petrol engine producing 190bhp and 380Nm of torque. Transmission options will include a 6-speed manual and a 6-speed torque convertor automatic unit.

Korean automaker, Kia Motors is considering the new Sorento SUV for the Indian market. It is based on the new-generation N3 platform, which will also underpins the India-bound next-gen Kia Carnival. The new model measures above 4.8 meters in length, which will make it a direct rival to the Toyota Fortuner and Ford Endeavour. The new SUV could be imported to India via CKD route. It will be powered by a 2.2-litre turbocharged diesel engine producing 200bhp of power and 440Nm of torque.