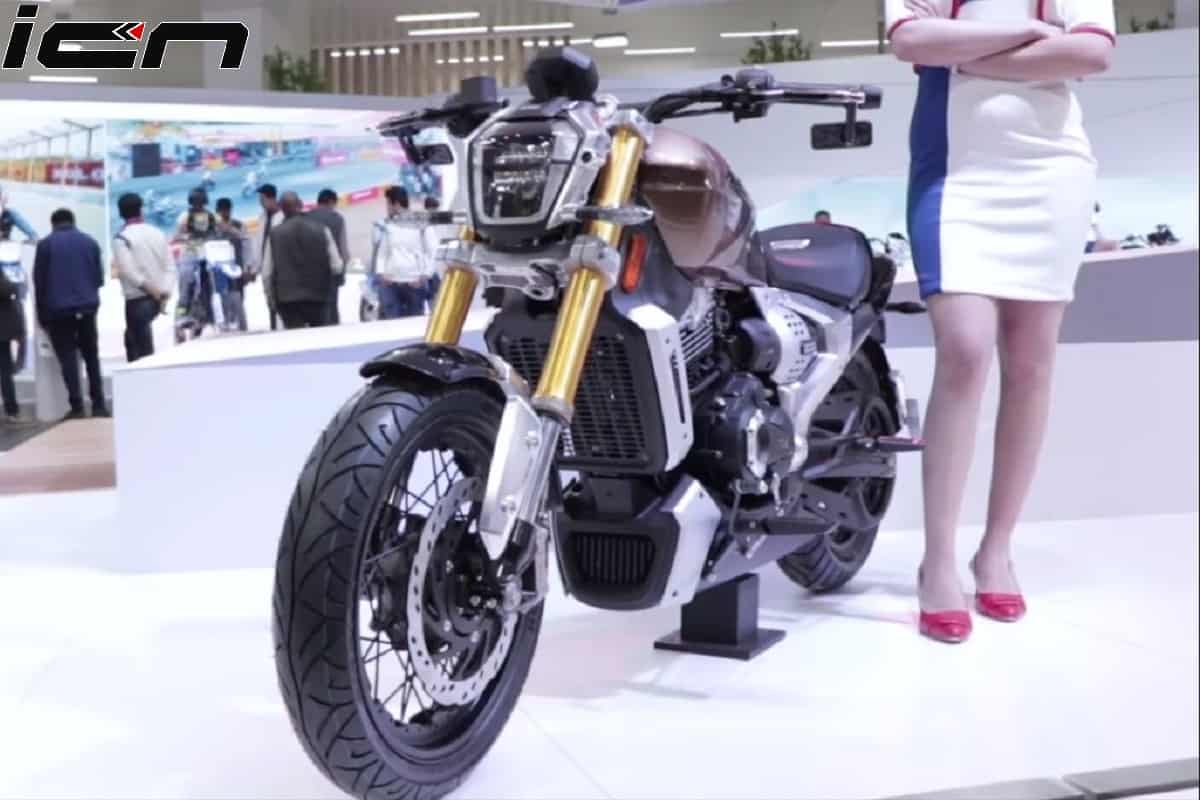 The showcased concept was equipped with a 220cc, single-cylinder engine paired with 1,200 watt regenerative assist motor with a 48 volt Lithium-ion battery. It’s claimed to deliver 20% more torque when needed. The TVS Zeppelin also gets an integrated starter generator (ISG) that enables it start quickly. If the production version of the performance cruiser will come with the same powertrain, it will become India’s first bike to get mild-hybrid system.

Similar to its concept, the production-ready TVS Zeppelin could be packed with several modern features such as an HD action camera mounted on the headlamp nacelle, a compact instrument console with an analogue rev counter, digital readouts, online connectivity and Smart Bio-Key. Read – BS6 TVS Apache RR 310 To Get New Digital Speedo, Dual-tone Colour

Major highlight of the TVS Zeppelin concept was its design. If its production model stays true to its concept, it will surely do well in the market. It features LED headlamp and split seat. The fuel tank with chiselled line and the flat-track style handlebar give it a retro look. The concept was shod on 17-inch front and 15-inch rear wheels with 110/70 front and 140/70 Pirelli tyres.

Suspension duties on the TVS Zeppelin cruiser will be performed by the 41mm USD (up-side down) forks upfront and monoshock rear units. The stopping power comes from a 300mm front disc and 240mm rear disc brakes, which are further assisted by dual-channel anti-lock braking system (ABS).

If reports are to be believed, the TVS Zeppelin 220cc performance cruiser might launch on 23rd January, 2020. Though, the bikemaker hasn’t yet confirmed its launch timeline. Packed with lots of modern features, advanced mechanism and macho styling, the Zeppelin is estimated to be priced around Rs 1.4 lakh (ex-showroom).