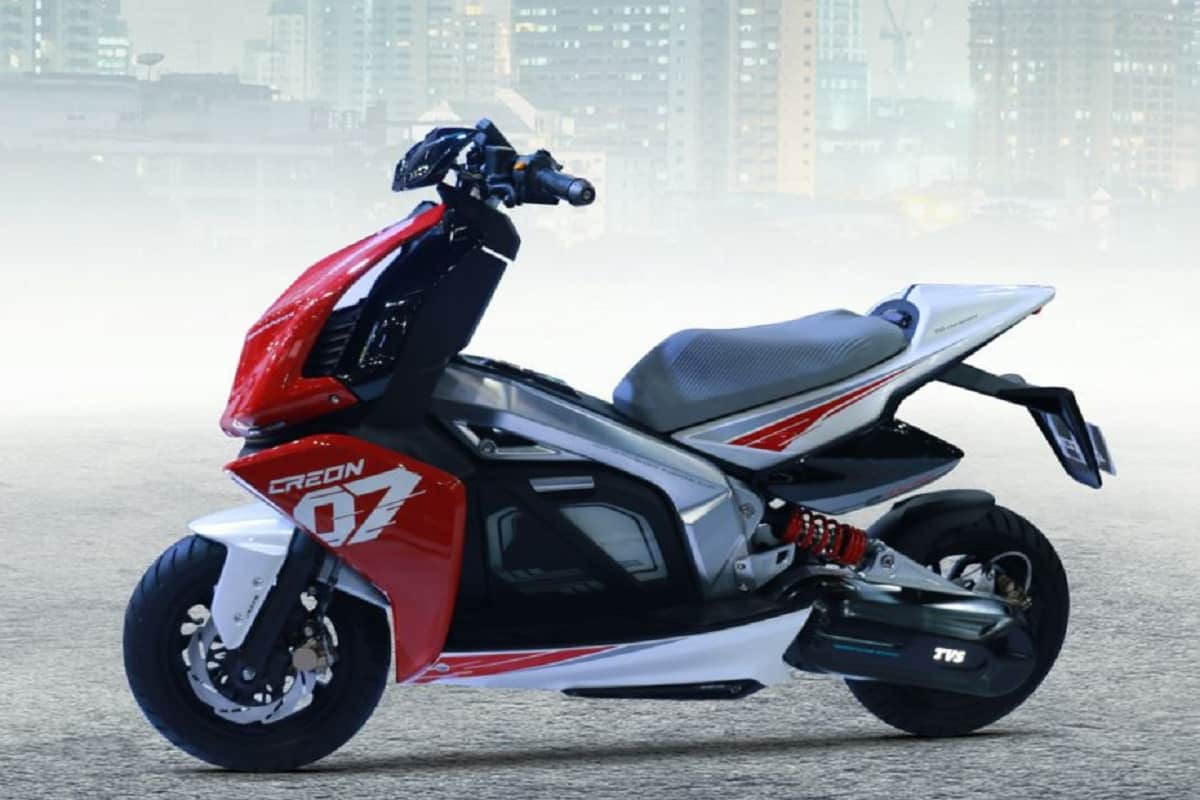 TVS Motor Company is all set to bring in its first electric scooter tomorrow (25th January, 2020). While the company remains tight-lipped about the product, it’s likely to be an electric version of the TVS Jupiter. Rumour has it that the new TVS electric scooter might be based on the TVS Creon concept that broke cover at the 2018 Auto Expo.

Ahead of its official launch, the two-wheeler maker has released a teaser video revealing its silhouette. It also confirms that the TVS electric scooter can be charged via a wall mounted charger. Recently, the TVS Creon prototype was caught testing near the company’s Hosur based plant in Chennai.

The spotted test mule features a sharp front fascia with a stepped apron that seems carried over from the TVS Creon concept. It has contemporary design with upright riding position. The rear section looks similar to the Jupiter, though it gets a hub-mounted motor. Read: TVS Zeppelin 220cc Cruiser – What We Know So Far

Features such as LED headlamp, smartphone and 4G connectivity features, a fully digital instrument console, multiple ride modes, front petal disc brake with ABS and navigation might also be on offer. The electric scooter will be equipped with telescopic upfront and an eccentrically mounted monoshock rear suspension.

Engine details of the new TVS electric scooter will be revealed by the bikemaker tomorrow at the launch event. It’s likely to come with a lithium-ion battery packs delivering power close to 12kW. It will deliver a range of 80km.

The new TVS Creon based electric scooter will be a beneficiary of the government’s FAME-II scheme, and is estimated to be priced around Rs 1 lakh (ex-showroom). If launched at this price point, it will take head-to-head against the newly-launched Bajaj Chetak that costs Rs 1 lakh (for the Urbane variant) and Rs 1.15 lakh (for the Premium variant).